Why Did Argentina Impose Capital Controls? 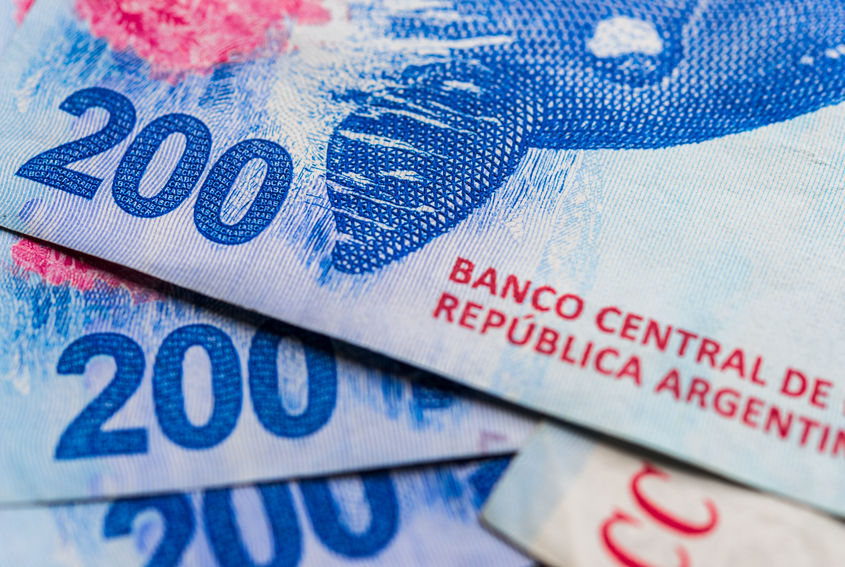 On September 1, 2019, Argentine President Mauricio Macri imposed capital controls on the foreign exchange market to help control the depreciating peso and counter the rapid decline in foreign exchange reserves. This move comes at a time when the country is gearing up for its elections in October 2019. Is this an attempt to boost the economy that is already struggling with recessionary tendencies and is it, therefore, an attempt by President Macri to improve his public image?

The capital controls announced were not the first steps taken by the Macri government to address the financial crisis. Earlier, the government has announced steps to delay maturities on short term debt and reprofiled the long-term debt holdings. This was followed by the measures to reduce the volatility in the currency market and the ensure exchange rate stability through the capital controls. These controls aimed at halting dollar flight and to avoid dumping of the local currency in the market for exchanging dollars would perhaps have the reverse effect. Despite the fear popularized by the mainstream media and economists, these controls will affect less than 2 percent of the savers, and this has been confirmed by the country’s Central Bank, Banco Central de la República Argentina (BRCA) as well.

Notably, the board of BRCA established parameters in the exchange market in the form of capital controls that although included no restrictions on foreign exchange purchases by exporters, importers, tourists or Argentines abroad, limited the number of days given to exporters to liquidate their dollar holdings in the local market to only five. BRCA stipulated that while there were no restrictions on payments for imports, companies could not buy dollars to maintain dollar holdings. Moreover, resident legal entities needed prior permission from the Central Bank to invest in assets or transfer profits/dividends abroad, but no restrictions were imposed on buying of dollars by legal or natural persons under two conditions: natural persons were allowed to buy dollars only up to $10,000, but they needed BRCA authorization for amounts exceeding this limit, and transactions in cash had to be limited to $1,000. Such measures could, however, only affect 2% of the savers. BRCA also committed to not increase the level of the monetary base (BM) until December 2019 and highlighted that these complementary measures would supplement the tight monetary policy of September 2018.

Argentina held its primary phase of elections (also called PASS) on August 11th that showed that the public was unhappy with President Macri’s severe austerity measures since he took office in 2015. He inherited a twin-deficit: public and external, at the time and had vowed to save the economy through his neoliberal policies. He opted for a reduction in taxes on the wealthiest because he is known to be pro-business; and invited the IMF inside its home once again to deal with the dollar-denominated burgeoning debt.

Although he had brutally attacked Kirchner’s government of being highly interventionist by using capital controls, high taxes on agricultural produce and the inability of companies to send their profits home and had blamed these protectionist policies for Argentina’s abysmal economic condition since 2011; President Macri was forced to adopt the same policy of capital controls he had once criticized.

The potential change in government in October led by the left-populist candidate Alberto Fernandez and backed by the influential ex-president Cristina Kirchner as his vice-president, is causing distress and panic in the public since the results of PASS were unveiled. Investors are anxious about the possibility of the new government turning interventionist yet again, despite the Presidential candidate assuring the voters that he will be formulating the policies without the involvement of his running mate. Despite these assurances by Fernandez, the public sentiments are downbeat; there is a rush to hoard dollars. As a result, the peso dropped more than 30 percent against the dollar since August and touched 60 to a dollar soon after.

Guido Sandleris, President of BRCA, acknowledged the rapid decline in the peso and the adverse implications that the weakening of the currency could have on inflation, growth, and poverty in the country. He admitted that an electoral process does not usually attract so much economic volatility and instability around the world. Argentina lacks the political consensus on basic economic policies, and the difference in ideologies led to severe inflation and poverty. This has also led to lower foreign investment inflows due to the fear that soon “the country’s economic policy will swing like a pendulum, from end to end.”

The depreciation of the peso, although not unprecedented, has drained the foreign exchange reserves as the Central Bank intervened heavily in a bid to control the currency. It dropped from $45/US$ to over $59/US$ in a single day when markets opened on August 12th after the PASS. To bolster the peso, Argentina lost over the US $4 billion in foreign reserves in the following week.  In August, the country’s forex reserves were less than the US $48 billion and were fast approaching the threshold at which they would not be able to pay even six months of imports, which is considered risky by the IMF.  It may be only a matter of weeks before it is in a total state of frenzy.

Argentina also asked for a delay in repayment of an IMF loan of over US $54 billion, a move considered as a potential default by the global financial experts. This comes at a time when the country is awaiting IMF’s next loan in September 2019 of US $5.4 billion as part of a stand-by loan agreement. The role played by the IMF in this situation is expected to be similar to their involvement in the 2001 financial crisis in Argentina. It gives the sense of déjà vu; the Argentine government is a big spender, and a burgeoning public deficit is not new. This situation is, however, exacerbated by the fact that most of Argentina’s public debt is dollar-denominated and the rising value of the dollar has not helped its cause. Add a mix of unpredictable foreign investors and volatile capital flight, and Argentina is back to the 2001 public debt crisis once again.

However, this crisis situation is not new; it erupted since the slowdown in industrial production since late 2017, along with contraction of the economy for over a year since July 2018. The unemployment rate increased from 7.2% in Jan 2018 to 10.1% recently, and inflation has skyrocketed and is at a dangerous level of over 50 percent since late January 2019. Amidst this economic vulnerability, the political uncertainty surrounding the electoral process has depressed the economy further into a never-ending cycle of debt restructuring and external borrowings. The Peronist presidential candidate Fernandez is relying on the public’s disappointment with President Macri’s lack of control over the economy. The President has opened the floodgates on Argentina despite the support from the IMF for his neoliberal ideology.

Although the US-China trade war has benefitted Argentine soybean and bovine meat exporters in the past few months and the peso responded positively to the new controls, it remains to be seen whether these policies can control the critical economic situation in the lead up to the elections, failing which the government will be facing the worst outcome at the hustings. The October elections will decide who takes charge of the inevitable.

Prachi Agarwal is a Doctoral Researcher in international trade at the Center for Economic Studies and Planning, Jawaharlal Nehru University, New Delhi.