We Need a Bold Financial Response to Coronavirus 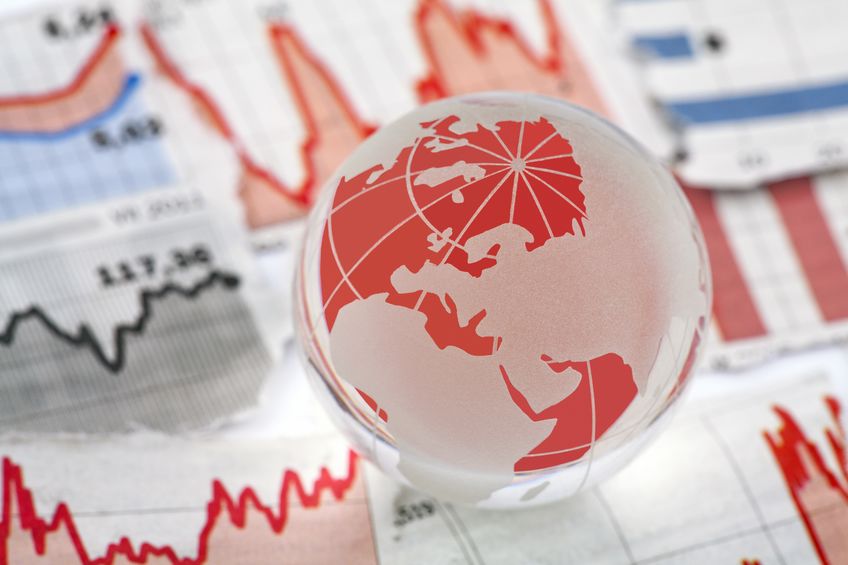 Now that the financial markets are in turmoil, authorities are providing ever more robust measures and extra capital. But the panic in the financial markets is very much of its own making. The financial industry succeeded for years in fiercely opposing intervention and regulation that would have prevented the current financial distress. Authorities now have to face the resulting weak regulatory framework and restrict the viral excesses of the financial industry’s behavior. Rather than fleeing and waiting on the sidelines, financial players should invest in companies and measures that fight against the economic fallout of COVID-19.

The frenzied reaction of the financial markets to the coronavirus – first ignoring, then fleeing – is a logical consequence of the rules of the game. Regulations still allow short-term buying and selling by all kinds of speculative traders – high-frequency traders, short sellers, automated computerized trading with algorithms, day traders and fund investors. Their immediate selling and buying are facilitated by broker-dealers, stock exchanges, investment bankers and ‘market makers.’ Now, in times of market volatility, some are seeing handsome returns.

The weak regulatory regime, loose monetary policy, and low-interest rates, together with extreme freedom of capital movement, have allowed many in the investment industry to make huge profits over the last years. These profits could now be reinvested and put to work. The five large US investment banks made $ 118 billion in profits in 2018. The investment fund industry made a good haul, for example, BlackRock making an annual net profit of $ 4.48 billion by managing $7 trillion by the end of 2019. Flow Traders, a Dutch high-frequency trader and market maker, made a profit of € 53.1 million in 2019 down from € 160.9 million in 2018.

These profits came from taking ever higher risks in search of high yields. What are the risks in the financial system which will aggravate successive supply shocks, demand shocks, financial shocks, oil shocks, health shocks, and economic shocks?

The Risks and Profit-making Come at a Price

Many corporations have been able to borrow and issue bonds even if they were hardly or not creditworthy (“junk bonds”). Investors eagerly bought risky bonds because of their relatively high-interest rates. Not only banks have engaged in risky lending but also non-banks with much fewer buffers to face non-performing loans. Total corporate debt rose to $ 13.5 trillion at the end of 2019, which is more than twice the amount in December 2008. Non-repayment of this debt when the economy goes into recession will send shockwaves through the financial sector. Because of the interconnections in the financial system, the global debt pile of government, household and corporate debt, estimated at more than $ 253 trillion at the end of 2019, can dangerously unravel and affect the economy.

The asset management industry rapidly grew to more than $ 66.4 trillion under management in 2019 in close connection with the financial markets. The well-known investment funds are “passive,” they just follow financial market movements by using indexes. Recent fund growth came from integrating risky corporate and government bonds. Popular (passive) exchange-traded funds (ETFs) have shares that can be bought and sold immediately on exchanges. Thus when prices fall on stock markets, fund and ETF share prices drop, and investors massively sell them off.

Experts have been warning that investment fund managers will have to sell even more of the millions of shares and (government and/or corporate) bonds they are collectively holding, exhausting their reserves and worsening the downward interconnected price spiral to irrationally low prices. An overlooked aspect is that investment fund managers have over the years been pressing corporations to increase their profits, often at the expense of social and environmental protection and paying taxes. It has resulted in growing inequality and undermined public services, which now impede a social safety net for riding out the coronavirus pandemic.

These risks are already playing a role in the current market sell-offs, but who are the victims?

First, long-term investors such as pension funds with (future) pensions of employees and workers. Second, savers who get no interest or who have been advised to put their savings in the financial markets, especially investment funds. Third, personnel at companies that face too high debt burdens and SMEs that have few reserves.

Most of the pain will probably be felt by the people of emerging market and developing countries who already had a large debt burden. These countries now face currency speculation and currency depreciation, lower commodity prices, plummeting financial markets, and bond sell-offs due to substantial financial outflows by foreign investors. They had attracted risk-taking investors with high-interest rate bonds and commitment to the free movement of capital. But now, they can hardly defend their currencies with the foreign reserves they have.

Argentina, for instance, has seen its Peso dropping even further, deteriorating its non-repayable dollar-denominated debt and its substantial socio-economic impact. The question is whether the so-called ‘vulture funds’ (mostly hedge funds) are now scooping up developing country bonds at colossal discount prices to sue these countries in court later to pay back in full, as has happened in the past.

Drastic Measures for the Financial Sector

Interestingly, the Indonesian financial authority took action by improving rules to halt excessive financial market sell-offs and banning speculation on falling share prices (short selling, which has now also been banned in some other countries too). The US stock markets rose sharply on Friday 13 March after the US president announced a national emergency and a financial injection of $50 bn. But the subsequent US central bank’s rate cuts and buying up of bonds and securities have not calmed the global financial markets. It had not stemmed the fear of problems in the less visible parts of the system that might lead to liquidity and a credit crunch.

The Western financial authorities should also take other drastic actions. It may include halting high-frequency trading, automatic trading and even the whole of panicked trading, as well as banning short selling, securities lending and all financial players with purely speculative socially useless activities. While people are stopped from moving, central banks should stop speculative money and capital flight by introducing capital controls. Worryingly, EU supervisors have decided to relax the regulations of banks, which are somewhat stricter – i.e., more crisis-resistant – than financial market rules.

Policymakers have to protect the public interest. They failed to coordinate at the start of the financial markets’ herd behavior following the COVID-19 virus outbreak, notwithstanding high-fanfare G20 and G7 summits in the past. The first feeble joint declarations of the G20 and G7 finance ministers and central bank governors had no effect. Imagine if they would immediately introduce a financial transaction tax, it would slow down excessive speculative trading and would collect vast amounts of money for public coffers.

Many large investors who sold their shares, bonds, or investment funds have put lots of money aside and have cash at hand. Central bank measures can in the current circumstances not be a sufficient answer and should not prioritize speculative financial markets. Targeted government action to bolster the economy and society first needs much more financial resources. Extraordinary measures should orient idle private money immediately to companies and projects that deal with the health crisis and economic downturn. The financial authorities must make any crisis support conditional on financing those most in need. A Corona wealth tax could fund public services and public support for those hard hit by the crisis (e.g., workers and SMEs).

The COVID-19 crisis is a lesson and opportunity to swiftly re-engineer and re-regulate the financial industry towards a just and climate-friendly transition of the economy, and not to speculation. The financial sector exists to serve society when and where it is needed, not to disrupt it.

Myriam Vander Stichele is a senior researcher with the Centre for Research on Multinational Corporations (SOMO), Amsterdam. This piece was originally published in openDemocracy.