Scaling Up Finance for Sustainable Development

This month marks the 10th anniversary of the collapse of Lehman Brothers that set off a chain of events that led to the worst financial crisis since the Great Depression of the 1930s. The global financial crisis of 2008 was a watershed moment for the global banking industry as it revealed a pattern of excessive risk-taking by private banks to maximize short-term profits along with shortcomings in the regulatory framework. The financial crisis has reignited an intense debate on the ownership structures of the banking sector and the desirability of direct state interventions in the financial sector. The crisis has challenged conventional thinking on state ownership of financial institutions and forced policymakers to reconsider the role of the state in the financial sector, especially state ownership of banks and other forms of financial institutions.

The report argues that in the new millennium, the role of development bank goes beyond the traditional framework of correcting market failures and extends to addressing broader societal challenges such as climate change, food security, inequality, and inclusive growth.

The report contends that as many more governments are taking a fresh look at various types of state-owned financial institutions, it is essential that greater attention should be paid to their governance, transparency, performance, and public accountability, given their mandate to serve the broader public interest.

To effectively contribute to sustainable development, it is crucial that development banks and other state-owned financial institutions should follow principles of good governance in the conduct of their business and take all necessary measures to avoid adverse impacts on human rights and environment, says the report. It provides a set of recommendations for strengthening the management and governance of state-owned banks and DFIs.

Comments Off on Scaling Up Finance for Sustainable Development
Download Now

India-EU FTA: Where is the Europe’s Trade Agenda Headed?

The internal documents of the European Commission reveal the disgraceful attempts to push for higher levels of commitments in trade in industrial goods and agricultural products, services and investment liberalisation, geographical indications and government procurement under the proposed India-EU free trade agreement (FTA).

The EC documents, which are not publicly available, were prepared just weeks before the 2012 India-EU Summit. The documents assume greater significance as the trade negotiations between India and EU are being held behind closed doors on India-EU FTA. The documents provide an overview of the current state of play in the India-EU trade negotiations. The EC documents are elaborated versions of the landing zones paper (released in November 2011) containing some additional detail to avoid ambiguities and “clearly establish conditionality of the EU’s offer.”

Comments Off on India-EU FTA: Where is the Europe’s Trade Agenda Headed?
Download Now

By Hyekyung Cho | Jointly Published by Madhyam and SOMO | December 2010 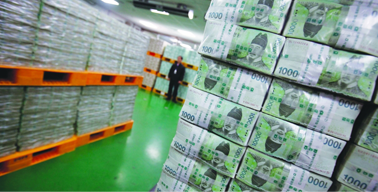 Eventually, the Korean financial sector has become the victim of its own success, suffering ill-fated overstretch. Benefits of the financial expansion for the overall economy remain elusive. The widespread belief that financial liberalization would deliver an efficient allocation of capital and smooth external shocks proved to be an illusion.

With a special focus on the entry of foreign banks, the study assesses the major impacts and consequences of market-led banking reforms on economy, development and poverty eradication. It examines the large presence of foreign banks with particular attention on access to credit to poor people, small and medium enterprises, rural and informal economy.

The findings of this study are relevant in the light of increased foreign ownership of domestic banks and financial institutions in many poor and developing countries. From a host country perspective, the study raises several policy-oriented issues related to the entry of foreign banks in the developing world. It highlights several adverse impacts of foreign bank entry which are not given due attention in policy and academic circles.

By Kavaljit Singh | Jointly Published by Madhyam and FERN | March 2010

With the onset of the global financial crisis and the subsequent squeeze in credit and insurance markets, there is a renewed global demand for export credit and investment insurance products offered by ECAs. Despite previous predictions of the demise of official ECAs, the current global financial crisis has reasserted their position as dominant players in the trade finance markets as they have stepped-in to fill the huge gap left by the private market.

The financial crisis has dramatically changed the landscape of export credit agencies (ECAs). Several countries took steps to launch their own Export-Import bank. Many ECAs have lately started offering new products to their clients: direct lending and working capital loan guarantees on a short-term basis. New commitments made by ECAs have been also on the rise. Most ECAs have reported an increase in the total volume of guarantees during the crisis. However, new signs of vulnerability and risks are fast emerging at the global level too.

The report asserts that since the operations and structures of ECAs will adapt in relation to new developments in global trade and financial systems, it is very important for civil society actors to be watchful and monitor developments closely.