What the Trade War Means to Latin America 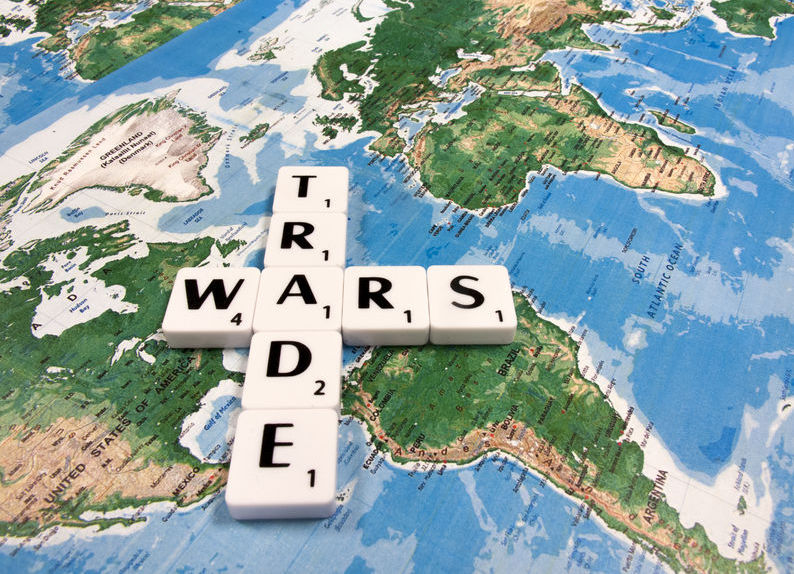 The trade war waged by the United States against China has impacted economic growth and world trade since the fourth quarter of 2018. It implies that trade between the leading economies has slowed and particularly between the European Union, the United States, and China. The cross-border trade of finished products is declining with adverse consequences on the production in these economies. That may explain the reasons for the fall in GDP growth in the United States, the European Union, and China. It should be noted that China is growing three times faster than the United States and four times faster than Europe, although all of them are witnessing a declining growth trend.

The growth of Latin America’s total exports fell in 2019, similar to the global trend. Since January 2019, the growth prospects and declining prices of some commodities indicate that the region will have GDP growth of less than 0.5% per year, mainly due to the two largest economies, Mexico and Brazil. Both these countries are the least dependent on the export of raw materials, but both have ongoing economic adjustment policies that restrict domestic demand. Their main trading partners, the United States, and Argentina, respectively, are under recessive pressure which deepens their problems. The Mexican slowdown is steeper than the U.S., reflected in a growing Mexican trade surplus, but it is a mirage of the country’s economic paralysis. It is not how much more the country is exporting, but how less it is importing. In Mexico, the consequences will be reflected as an exchange rate problem, due to the withdrawal of foreign funds given the lack of growth.

The rest of the countries will be affected by the fall in commodities prices. Other countries, such as Bolivia, or those that do not depend on their export sector, will grow substantially. Bolivia’s commercial structure is ensured by the gas pipelines with Brazil and Argentina, and by five-year export contracts that avoid price swings. The same is true of Paraguay, which exports electricity to Brazil and Argentina from Itaipú.

Some commodities are decisive for the growth of South American economies. The importance of soya in Argentina, Brazil, and Uruguay stands out, as it represents 14, 11, and 16% of their total exports respectively, and are among the leading producers worldwide. Copper accounts for 45% of total Chilean exports and 25% of Peruvian exports, which represent the world’s largest exporters. Peru also stands out for gold exports, which are equivalent to 14% of the total. The fall in the price of copper will have a more significant impact on Chile rather than on Peru, which will be compensated by the rise in the prices of gold.

Oil is vital for a good part of Latin American economies, but more so for the U.S., which imports it but re-exports it as refined gasoline.  For the U.S., refined gasoline is its most important export product ($74.5 bn) constituting 5.9% of the country’s total exports. Given that the prices of agricultural commodities have fallen since March and April 2019, and the trend will continue, this main export product for Venezuela, Colombia, Ecuador, and Mexico will affect their balance of payments and their economic carrying capacity.

The prices of gold, unlike the others, are on the rise as the commodity is a store of value. The instability of the dollar, the pound sterling, and the euro are feeding this price hike. The price of gold, unlike the rest, corresponds to its monetary function as a substitute for the low yields of the financial market. The inversion of the yield curves of the bonds is dragging down the prices of futures and not the other way around, as it normally does with the portfolio effect. This atypical trend is because the outlook for the world economy is downwards, and consequently, the medium-term trend is downwards as is the demand for raw materials.

As Mexico and Central America export maquila industrial products to the U.S. market almost exclusively, these countries are directly affected by the slowdown in U.S. economic growth.

In terms of outlook, Mexico, Central and South America will experience economic stagnation in 2019 that may deepen in 2020 and no recovery is anticipated after 2020, if futures prices are any indication. We believe that the economic forecasts of the IMF and ECLAC for the region are highly overestimated.

Oscar Ugarteche is a senior researcher at the Institute of Economic Research, National Autonomous University of Mexico (UNAM), Mexico. Arturo Martínez Paredes is with the Faculty of Economics, UNAM.