Vodafone’s Tax Dispute: Which Way Are We Headed? 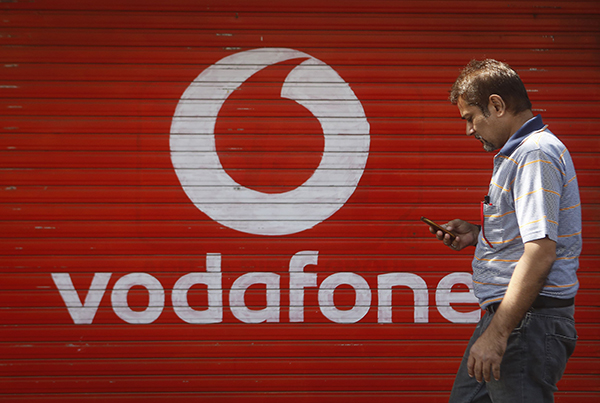 On 17th June, the Indian government appointed R C Lahoti, former Chief Justice of India, as arbitrator in Rs.200000 million tax dispute with the UK-based telecom giant Vodafone. The appointment of Mr. Lahoti was in response to an arbitration notice served by Vodafone International Holdings BV (its Dutch subsidiary) in April 2014 under the India-Netherlands Bilateral Investment Promotion and Protection Agreement (BIPA) signed in 1995.

The international arbitration would be conducted under the United Nations Commission on International Trade Law. Vodafone has already appointed a Canadian lawyer, Yves Fortier, as its arbitrator. By August 17, both the parties will have to appoint a third arbitrator (neither Indian nor Dutch national) who will chair the international tribunal.

The capital gains tax dispute relates to Vodafone’s acquisition of Indian mobile phone business from Hutchison Whampoa in 2007. The initial tax demand put forward by the tax authorities was Rs. 79900 million but the total tax liability – which includes interest and penalty – is currently estimated to be Rs. 200000 million.

In January 2012, the Supreme Court gave a ruling in favor of Vodafone but immediately the then government announced retrospective changes in the Income Tax Act in March 2012 to tax acquisition deals like Vodafone which had been already concluded. It is important to note that Vodafone has, so far, not challenged the retrospective amendments in the tax law.

Concerned over these developments, Bishwajit Bhattacharyya, former Additional Solicitor General of India (2009-12), filed a public interest litigation in the Supreme Court on 1st July seeking court’s intervention to direct the government to recover the tax from Vodafone and restrain the government from joining the international arbitration tribunal.

In his petition, Mr. Bhattacharyya submitted that “It amounts to arbitrariness of state action not to enforce law (Section 9 of IT Act) for 27 months after its enactment. This violates Article 14 of the Constitution…Allowing arbitration proceedings under India-Netherland BIPA (Bilateral Investment Protection Agreement) would flagrantly violate rule of law.”

In an Op-Ed piece in The Statesman, Mr. Bhattacharyya forcefully argues:

“Any treaty obligation has to be in harmony with domestic legislation. A tax demand cannot be stretched to be given “national treatment”, “most favoured treatment” etc. to a foreign investor through the gateway of Article 4 of India-Netherlands BIPA, bypassing the IT Act or in conflict with it. Even the Union Cabinet cannot go against the law. Therefore, this wish of Vodafone is also un-implementable in India…It is a settled law in India, as also in most countries across the world, that in case of a conflict between international law and domestic law, it is the domestic law that prevails. International law may still prevail, if not in conflict with domestic law. In the United States, however, treaty obligations override domestic laws. Substantially same is the situation in England. Since the terms of India-Netherlands Bilateral Investment Protection Agreement (BIPA) are in clear conflict with domestic law, namely Income Tax (IT) Act 1961, the domestic law has to prevail in India. Vodafone’s triggering BIPA is thus misconceived.”

“Foreign investor countries wishing to enter into any Bilateral Investment Protection Agreement (BIPA) with India would do well to ensure that BIPA terms are not in conflict with any law in India. Similarly, India wishing to enter into BIPA with foreign investee countries must ensure that BIPA terms do not conflict with laws of the foreign country. Otherwise, such agreements would remain unenforceable, and the sufferers would only be the investors across the world.”

“Vodafone would thus not be able to escape from tax demand in India. Allowing Vodafone to escape would amount to subversion of rule of law. Vodafone and Government of India must accept this reality forthwith. Conciliation, arbitration, and invoking international law are all alien to Income Tax Act in India. No foreign investor should be kept in the dark about the enforceability of applicable Indian laws. If tomorrow Vodafone exits India for a consideration of USD $1 trillion, and receives the funds in Cayman Island from, say, Hutch in Hong Kong, would the revenue generated in the transaction continue to elude the coffers of India’s exchequer? No way! It is high time for India to enforce the rule of law without fear or favour.”

Meanwhile, the Finance Minister did not scrap the retrospective taxation in the Union Budget announced on July 10, 2014, as was widely speculated in the media. Thus, the present government could use its enforcement powers to effect recovery of tax dues from Vodafone.

However, a recent story in Business Standard suggests that the government may waive off interest and penalty amount from the total tax liability of Vodafone. If this story is true, how will the new government convince taxpayers and common people about the substantial loss of revenue to the exchequer and letting Vodafone off the hook? It would also set a bad precedent for future corporate tax disputes.