The Artificiality of Greek Debt and its Odious Nature 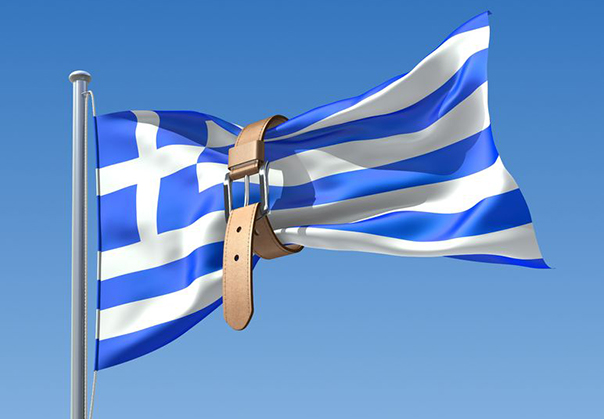 In April 2015, the President of the Parliament of the newly-elected government of Greece set up a Committee on the Truth about the Public Debt. This was composed of Greek and foreign experts, economists lawyers and others, as well as members of grassroots organisations. All members offered their services pro bono. The object of the Committee was to investigate how Greek foreign debt had accumulated from 1980 to 2014.

In June 2008, Greek public debt was about 252 billion Euros, which amounted to a debt to GDP ratio of 112 per cent, which is considered sustainable, especially for a developed economy in the eurozone. If this is coupled with a decent credit rating, particularly where a state pays its monthly debt arrears in time and is considered creditworthy, the interest charged for its borrowing will remain comparatively low. When such creditworthiness exists and a country maintains a small deficit that is counter-balanced by a manageable debt to GDP ratio (i.e. the total amount of public debt as juxtaposed to the GDP), the total amount of a country’s overall debt does not lead to a debt crisis. Hence, if a country has an overall debt of only 1 billion Euros but produces no revenue while incurring annual public expenses of 100 million Euros, its debt to GDP ratio will sky-rocket, lose its creditworthiness and as a result be forced out of the private lending markets (its sovereign bonds will become worthless).

The Falsification of Statistics

For reasons that will become evident below, the Greek Statistical Agency falsified the country’s debt figures in 2009 by discovering additional debt (which did not exist) and which the then government incorporated in the country’s 2009 budget. Hence, whereas the deficit was in fact 9.3 billion Euros, equivalent to 3.93 per cent of GDP, the falsified deficit statistics reported it as being in the region of 24 billion Euros. This automatically created tension in the private markets and effectively made borrowing for Greece much more expensive. As a result, it became unable to repay its otherwise sustainable debt and the value of its sovereign bonds was equally reduced to junk. Before the circulation of the preliminary report of the Greek Parliament’s Truth Committee on Public Debt in June 2015, it was globally assumed that Greece’s debt was the result of lavish public expenditures and living ‘beyond one’s means’. The Committee dispelled this myth and demonstrated how the debt had really been accumulated.

It was found that Greece’s public debt had remained more or less the same from 1993 to 2009. In fact, two-thirds of the debt’s rise is attributable to interest payments alone (simple and compound). Public expenditures during this period were lower in Greece than in the rest of the eurozone, with the exception of defence expenditures. However, what was less noticeable was that between 2000 and 2009 there was a sharp rise in private debt. This private debt-to-GDP ratio reached its peak at 129 per cent in 2009. Hence, Greek and European private banks found themselves exposed to almost 100 billion euros worth of private debt.  Quite clearly, this was not a debt incurred by the state, for which it was liable. When private debts are not repaid there is a loss of capital for the lending institution. If the bank is not re-capitalised it is not only that its depositors risk losing their deposits, in addition to its own bankruptcy, but since banks lend among themselves, its other lenders are equally exposed to its losses. The same is true of its insurers and hence the prospect of contagion is clear. For the country whose banks are exposed to huge losses, in addition to the typical re-capitalisation of such banks through tax-payer funds, there is also a loss of trust in the state in the international financial markets and a rise in its spreads (effectively, its  borrowing capacity).

It is at this point that the kleptocracy kicks in. As the Committee pointed out in its preliminary report, in their effort to avoid the bankruptcy of those private banks which managed to accumulate a private debt of 100 billion euros through irresponsible lending, the governments of France, Germany and Greece conspired to falsify the Greek budget of 2009 so that the country’s deficit can appear far larger than it really was. Why? Because in this manner Greece could be forced out of international lending markets and thus go under fiscal supervision by the IMF and the ECB, and rely on both multilateral and bilateral creditors. Their ultimate purpose was to buy themselves some time so that they (the sovereign states) could purchase all this private debt incurred by their banks. Once they did so, the otherwise private debt that was now in their hands was presented as a state-to-state debt. Hence, they transformed a private debt into a public one because the banks could not have forced the Greek state to pay it as it was not incurred by the Greek state.

Upon transformation into a ‘state’ debt, not only where the private banks effectively re-capitalised with EU tax payers’ money, but the cost of the re-capitalisation could subsequently be demanded further from Greece and its population. At what cost? The imposition of the most austere conditionalities ever witnessed and an economic occupation of the country. Did they work? The austerity measures imposed upon the Greek people not only failed to increase productivity and investment, but even though Greece has succeeded in consecutive surplus budgets its GDP shrunk by 25 per cent and unemployment rose to more than 30 per cent.  By late 2014, Greece’s debt-to-GDP ratio had risen to 190 per cent. Of the funds granted to Greece under the so-called ‘bailout’ program between 2010 and 2014, less than 8 per cent was earmarked by the creditors for public expenditures, the rest being directed to debt repayment. Yet, Greece was made to pay significant fees for this service (legal, financial and other), in addition to the accumulation of interest at exorbitant rates.

In a 2013 IMF report which was based on an internal audit regarding the facilities for the Greek debt, it was pointed out that the Greek debt was clearly unsustainable from the outset. The restructuring of the debt recommended by the IMF in 2010 would have reduced it by 80 per cent and would have made recovery feasible and speedy. The French and German determination to avoid any haircut (restructuring) but only to force Greece into deep spending cuts was doomed to fail.

The sole intention belying the Greek so-called ‘bail-out’ program was to save several private banks in Europe. In this scheme, fundamental human rights, played no role whatsoever. It is not unsurprising, therefore, that under the weight of this evidence, the Truth Committee on the Public Debt found this part of Greece’s debt to be odious, illegal and illegitimate. It is telling that the representative of Greece to the IMF during 2010-12 under (public) questioning from the Committee stated that the IMF held training seminars for Greek journalists so that they could hide the truth and avoid anyone revealing the true extent of the fraud in favour of the banks!

The Committee emphasised that all private debt transformed into public, along with attendant interest was either odious or illegal. Moreover, all loans provided by multilateral and bilateral creditors from 2010 until early 2015 did not raise an obligation for repayment because they provided no benefit to the Greek state and its people (with 93 per cent going directly for debt repayment) and in fact despite these loans and the surplus in the country’s budget, Greece’s public debt continued to grow. As a result, Greece had not in any way become unjustifiably richer from these loans.

On the contrary, the measures imposed against the Greek people were wholly antithetical to fundamental human rights as these stem from customary international law, multilateral treaties and the Greek constitution. Consequently, these ‘loans’ were held to be odious, illegal or illegitimate. The recommendation of the Committee was that Greece was not only entitled but obliged to unilaterally repudiate such illegal, odious and illegitimate debts on account of its international human rights obligations and economic self-determination.

Ilias Bantekas is a Professor of International Law and Arbitration at Brunel University Law School. His latest book is Introduction to International Arbitration (Cambridge University Press, 2015). He is a member of the Truth Committee on Public Debt whose preliminary report is available here.