Private Greed vs. Public Interest: A Personal Account of the Healthcare Services in New Delhi 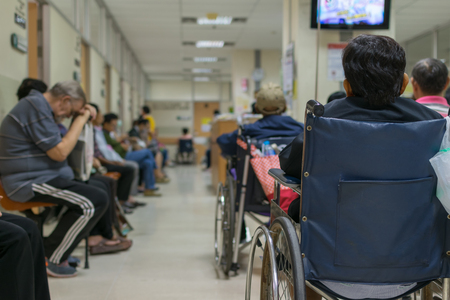 Plenty has been written on the state of the health services in the nation’s capital, both in popular press and academic reports, and many of these have also spoken of the suffering that a common woman/man has to undergo in the city’s hospitals and nursing homes. Unfortunately, these news stories and reports have ceased to appeal to the consciousness of their readers, especially the policy and law makers who have not only made this city their home, but also derive enormous benefits using their status as “public servants” and “people’s representatives”. The reason:  the news stories/reports speak of the experiences of a common woman/man; the nameless/faceless who have been reduced to “the other” in this city of the movers and the shakers. But that these stories do affect and would continue to affect some members this society are a part of. Some of us feel a tinge of sadness or perhaps more, but, at the end of the day, we end up only spending a few moments speaking to our friends about the abysmal state of health services and then, we move on putting all the stories behind us.

We never feel agitated enough to stand up against the existing exploitation of the hapless patients when they seek health services, since we, the elite, are always able to ensure that we do not suffer like “the other”. Well, we are the well-connected and well-endowed and, therefore, we are blessed with all the options, should we need the health services. Thus, even when tens of thousands of our fellow citizens, the mortals with whom we share the space in this city, suffer in silence, we can find ways of getting served by the best public and private facilities. Some of us just need to call our friends, the “public servants” or the “people’s representatives” to avail of the “affordable healthcare” provided by the publicly funded health service providers, which the hapless common women/man cannot even dream of.

I must admit that I have been one of those pontificating about the state of health services, the major problems of access and affordability. I have also been among those who have spoken about the enormity of the health crisis that is brewing in this country, and the fact that India would become the home to the largest numbers suffering almost all major diseases in the whole world. The human face of these problems that I have spoken about in my academic pursuits appeared before me only occasionally when I met the patient groups desperately seeking interventions to merely stay alive. I must confess that even when I did see those faces, I did not realise the extent of humiliation that they suffered in the hands of the providers of health services.

Many of us working and thinking about the health system or the lack of it, have spoken about the enormity of the health problems, but I am not sure how many of us have stopped to think what the situation would look like when any one of these diseases takes the form of an epidemic. Many of us still firmly believe that in the event of an epidemic, or to use a politically correct term, “public health emergency”, the state would act decisively and through its interventions, the emergency can be tackled. We have therefore been supportive of the “policy flexibility” that our governments must have in order to address the suffering of the common woman/man. Sadly, governments come into power in the name of the people of India, but have ignored their fundamental duty to protect the life and health of every citizen. The Courts have consistently argued that right to health is intrinsically linked to the Right to Life and it is therefore duty of the state to provide affordable health services. While the Courts have done their utmost to show us the way, we, the citizens of this country do not think it is our responsibility to stand up for a common cause.

Epidemics are as common in India as anything that you can ever imagine. They happen with monotonous regularity in parts of the country for which the elite has no time to spend. These are man-made, or more specifically, created by the acts of malign neglect by those who are empowered by the public at large to safeguard their interests. India may have spent 70 Augusts since the British left this country, but we cannot forget the ills of the British rule, including the infamous “man-made famine” of 1943. Sadly, the man-made epidemics that have taken place since the British left the country never make us sit up, leave alone speak up, against the governments that we have chosen not to pay any attention to the basic needs of the citizens of this country!

Just when the country was celebrating its 70th Independence Day, the day of deliverance of the people of India, the nation’s capital was hit by the twin epidemics of chikungunya and dengue. While the citizens reeled under the epidemics, the two governments whom the people of the city have elected to look after them were both found to be in a state of denial. This seems a perfectly rational, for, in our intensely competitive democracy, political parties would try their best not to highlight their failures. No matter how big a crisis is, the governments of the day have always announced, “all is well”.  After all, they have every right to mould the public perception, for this alone matters while holding on to the reins of power. Thus, in the face of the twin health epidemics, the governments refused to accept their existence, and there was therefore was no question of showing any preparedness to meet, what can only be described as a terrifying calamity.

I would not have realised the enormity of the situation but for the serious illness of my mother. We decided to shift her to a well known private hospital from where my self-realisation really began. The first hospital told us that there was no possibility of giving even the bare minimum support to a critically ill person. We moved my mother to another hospital, which did not refuse life support, but after doing the bare minimum, we were asked to find another hospital. We did find a third hospital, willing to treat my mother. This was the beginning of yet another experience.

While my mother was being investigated in the emergency, another critically ill patient was rolled in. This patient needed to be admitted in the intensive care unit. The doctor-in-charge was ruthlessly frank with the relatives of this patient about their ability to bear the cost treatment. His words said it all: “kharchey ka vazan utha paaogey kya”? (do you have ability to bear the weight of expenses of treatment?) And, what was the “vazan (weight)?  It was 75,000 rupees, which had to be paid before the hospital even touched the patient. I cannot describe the exchange between the doctor and the patient’s relatives that took place in the next few minutes for the sheer pathos of it all. But, I was left wondering as to how many of we, the people of India, are in a position to pay such an amount the moment it is demanded.

The inhuman side of privatisation of health services, aided and abetted by every single government during the past 25 years came vividly before my eyes. Each and every government has shown remarkable commitment to withdraw the government-financed service providers in the health sector, allowing even greater space to the rent-seekers to spread their tentacles in health services and to rake in their billions through sheer exploitation. At the same time, my heart went out to that very large section of our own brethren who would not be allowed to enter such health facilities because they cannot even dream of bearing the “weight of expenses of treatment”, their shoulders are too weak to bear such enormous weight!

I could not but reflect on the forceful arguments that we have heard for a good quarter of a century about the immense benefits of privatisation of health care. Many among the protagonists of privatisation have gone even further – they have pitched for the entry of foreign health service providers, arguing that the foreign firms would provide quality service. These protagonists would not, of course, say that no common woman/man would dare enter the precincts of the private hospitals because they cannot afford the services. The lives of the commoners are worth much less than the price of the hospital beds!

There is yet another issue that most of us have struggled with in the health sector, namely the accountability of the providers of the health services. At an age and time when the market is ruling the roost, it is imperative to introduce regulators to oversee the health services. This is too large an issue to be brought into this narrative.

I have often wondered why the citizens of this country, who have taken decisive steps to challenge the system in the past, are so reluctant to change the system in the current context. There are a few reasons that I can think of. The first is the aggressive propaganda of the agenda setters of privatisation and withdrawal of the government, including from the social sector. The propaganda machinery has worked particularly well because it received wholesome support from the media, which has wreaked havoc with the psyche of an unsuspecting common woman/man. People’s organisations have disintegrated in the face of this concerted push by the forces of market fundamentalism, and there is therefore not countervailing force to turn the tide. In their classrooms, political scientists continue to teach about the virtues of a democracy, especially the right of every citizen to protest against policies that are anti-people, and to seek a better deal. However, in the larger political arena, the spaces to create people’s organisations is shrinking because they have been captured by the same political forces that are formulating policies that deny “Right to Life” to the citizens.

Pushed to the wall, a common woman/man seems to respond exactly in the way that her/his ancestors have rationalised their existence. This comes from their abounded belief in their own destiny. Every good Indian, when faced with an impossible situation, ends up cursing her/his destiny, and no one else! It does not occur to her/him that she/he should question the law and the policy makers in this country for her/his sub-human existence. Thus, as long as age old beliefs prevail, those in the positions of authority can simply look at ways to make hay, while “the other” suffers in perpetuity.