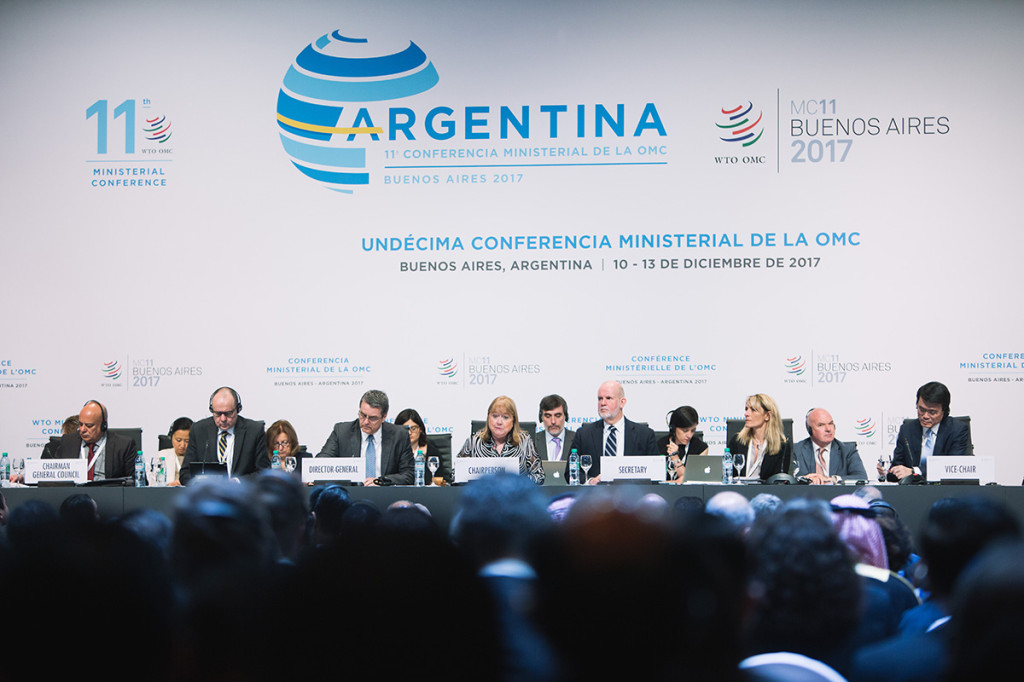 The 11th Ministerial Conference (MC11) of the World Trade Organization (WTO) held in Buenos Aires ended without taking decisions on any of the issues on which the members of the organisation have been engaged on over the past several months. The organization has thus been left virtually without any substantive work programme and this should be considered as a failure of the organisation to deliver results.

Many would consider this outcome to be entirely acceptable, as the major pre-MC11 engagements had taken place on issues whose inclusion in the WTO would have left a majority of developing countries worse-off. From this point of view, no deal in Buenos Aires was better than a bad deal, whose prospects loomed large.

There is no doubt that the WTO is facing an existential crisis, since the failure of MC11 comes within two years of the failed Nairobi Ministerial. From a larger perspective, however, this is not a good augury since the global community is looking at possibility of losing a forum for formulating trade rules. Despite its inherent weaknesses in delivering development-friendly outcomes, WTO is a forum in which every country, at least in principle, had the freedom to voice its concerns, and which was, in fact, being used by many developing countries to raise their issues, and that too collectively. The question that therefore arises is the following: why was the collective will of these countries unable secure favourable outcomes? This is an answer which all major developing countries must answer, sooner than later.

Part of the answer can be found by analysing the processes in the run-up to MC11. A small group of countries, no more than a fifth of the total membership of the organisation, were allowed to force at least two extremely divisive issues onto the table, namely e-commerce and investment facilitation by the silent majority of WTO members. At the same time, discussions on some of the development-friendly issues, especially on food security and on the demands for the least developed countries for better market access in goods and services were, for all practical purposes, sidelined.

The discussions on e-commerce focused on freeing all transactions using the internet free from customs duties, which effectively meant that the e-commerce would become the tool for pushing the trade liberalisation agenda to the extreme limit. There was an element of hypocrisy in these arguments used by the proponents of e-commerce – they argued that this tool can be used by the micro, small and medium enterprises (MSMEs) for penetrating into the international markets. These countries did not point out that the digital infrastructure in most developing countries is inadequate and that typical MSMEs in developing countries hardly possess the necessary wherewithal to use the digital platform. It was very clear that the arguments in favour of e-commerce was aimed at consolidating the dominating positions of companies like Amazon and Alibaba, who would then exploit the MSMEs in developing countries for entrenching themselves further.

The proposals on investment facilitation were made with a view to provide greater opportunities to transnational corporations in developing country markets. What these proposals really meant was that developing countries must invest in putting in place systems that would help the corporations to enter their economies and enhance their stranglehold over their markets. The failure of MC11 to deliver meant that these proposals will not go forward, at least for now.

India would be relieved that it was able to stave-off the onslaught on its National Food Security Act. Existing rules of the WTO does not allow countries to subsidise food security programmes that are based on public stockholding beyond a threshold underlined by the Agreement on Agriculture (AoA). In the Bali Ministerial Conference (2013), India was able to negotiate a “peace clause”, which meant that at least till a permanent solution was found, the deadline for which was MC11, no WTO member will initiate a dispute against India for violating AoA rules.

Until MC11 failed, India was under pressure to accept some extremely onerous terms in order to get a permanent solution. The failure of MC11 removed the proverbial Damocles’ sword from over India, but it is also a fact that India had tabled a proposal that spoke of linking the grant of patents based on biological material to the protection of biological diversity. This is an absolute “no” for major transnational corporations who want to free-ride on the genetic material available in developing countries, without compensating the provider countries. That the Indian delegation was able to take this offensive stance is commendable, but more importantly, India should learn the lesson that without an offensive agenda, the country’s core interests cannot be protected in international forums.