FDI in Defence: Missing the Reality 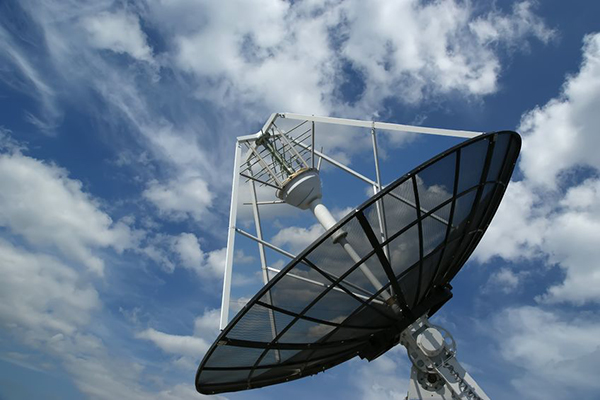 The overblown hype over the increased FDI ceilings in the defence sector, touting that India would become a major arms exporter from currently being the top importer in the world, is unrealistic. The exaggerated expectations that by increasing the FDI limits from the current 26 percent to 49 percent for foreign original equipment manufacturers will ensure rapid transfer of technology and setting up of vast manufacturing facilities for India’s armed forces as well as for arms exports may turn out to be deeply disappointing.

The ongoing media propaganda on this issue may exude the feel-good factor but it largely ignores the ground realities. There are a number of Military Technology Control Regimes (MTCR) – informal agreements among countries to prevent the transfer of technology and development of military capabilities – which include missile and submarine technologies embargoed for India. These include systems and sub-systems which are “red-flagged”, and in respect of which the Western countries have elaborate alarm systems on their computer networks, as part of the export control regime in   the US Department of Commerce and in the corresponding departments of the nations of the Western Alliance system.

So just the fact that an OEM wishes to invest in India, attracted by the business proposition that 49 percent or even higher stakes will enable it to control the facility, production run, operating environment, provide monopoly opportunities and influence in the arms business is not adequate enough because the final decision will remain with the parent country controlling the technology.

The parent country of the OEM is likely to extend its leverage to influence India’s defence procurement policy, to ensure handsome profits and/or even the strategic direction of the composition of our armed forces. This will likely influence the shape and size of the country’s defensive/offensive capabilities and the deployment of these capabilities and finally determine nation’s political and strategic policies.

The transfer of technology (‘know-how’) is, in fact, peripheral to real capability or ‘comprehensive’ self reliance in defence sector which India badly seeks. The real capability that makes us self-reliant is ‘know-why’ or the capability to design and effect improvements in design over the life time. It also implies designing with new technologies as and when they become available besides incorporating new materials, new generation micro-electronics, mechatronics, nano technologies, lasers, etc.

In short, the capability to innovate new algorithms to shape emerging technologies and “machine or software” them into weapons and sensors incorporating superior software with specific applications underwater, over the ground, in the air and space to neutralize advances that become a threat to our security. Our aim must always be to “off-balance”, surprise and to seize the initiative and remain ahead.

Such a strategy and vision need more than bean counting or simply lining up tanks vs tanks.

In fact, two examples of reverse FDI in defence may shake us out of our complacent attitudes. India has spent Rs.240000 millions in acquiring a Meccano set assembly capability of the French Scorpene Class Submarines (being built in MDL Mumbai). This project is already six years behind schedule. In another project, India is spending about Rs.25000 million for co-development of the Barak (NG) with Israel, next generation surface to air missile system with an interception range of 70 kms. This project is running 4 years behind schedule, compromising on the original naval staff requirement of an interception capability of 150 kms.

Only an independent audit of the DRDO team deputed for joint R&D and its demonstrated performance at DRDL (Hyderabad) will reveal whether these engineer-scientists have cut their teeth into design-engineering more advanced systems and how many of them will superannuate into greener pastures!

The Indigenous Efforts since Independence

In the 1950s, when India lined up its scarce and meager resources for space and atomic research, it had the good fortune to have two great scientists of exceptional integrity – Dr. Satish Dhawan and Dr. Homi Bhabha. They have left us with a profound legacy.

ISRO remains the best and most cost effective S&T institution, lauded globally for its performance and contributions to our space programs and defence capability. The AEC similarly has taken us forward except for recent transient distractions from its vision program of Fast Breeders. Both ISRO and AEC did not shy from consulting with those prepared to cooperate with us and encouraging our indigenous design capabilities and manufacturing such as the Cryogenic Engine technologies for space vehicles through a private sector contractors like Godrej & Boyce.

Undeniably, there have been failures and slow progress in certain defense projects. However, one cannot ignore the outstanding success of the joint Indo-Russian Brahmos missile system:  its ship launched, submarine launched, and aircraft launched versions. The next generation Brahmos has the extra super-sonic variant coming on line. Similarly, there are India-Russia cooperative efforts underway to jointly develop the 5th Generation Sukhoi, SU 35 aircraft and the prototype is already being flight tested in Russia. This advanced aircraft will be ready for assembly line production in the next few months. The planned progress of the Light Combat Aircraft (LCA), its navy version, and the Advanced Light Helicopter (ALH) were delayed partly by slow and halting funding and the less than desired level of commitments of the IAF in the 1990 for inexplicable reasons.

The country suffered for similar reasons when a specific offer for supply of core systems for the Arihant (ATV) program in 1986 was turned down apparently because of inflated egos and over confidence. Besides, our system does not nurture deep specialization and expertise but tends towards “jack of all trades, master of none”.

In the Navy, nevertheless, the Weapon and Sensor System Integration Group continues to do sterling work for platform configuration.

While BEML and its shenanigans exposed last year have given us a bad name because of misdeeds and unethical practices adopted by the middleman but Bharat Electronics, BDL, Mishra Dhatu Nigam (Midhani), HVF Awadi for Tanks and armoured fighting vehicles have done reasonable work in the time frames laid down.

In exceptional cases, FDI ceilings may go up to 100 percent when time-frames demand setting up such facilities. This, in fact, is the existing policy of the Indian government since 2006. However, the fundamental issue is the will to nurture design & design engineering capability. All existing constraints to build and sustain design manpower need to be set aside — personnel policies that regulate tenures, postings and archaic promotion rules for uniform personnel must be revised. Admiral Hyman Rickover, held in high esteem as the Father of the US Nuclear Submarine Program, remained on the active list of the US Navy until the age of 83 years and he accomplished major tasks.

The Soviet Union, between 1927 and 1939, designed and produced the finest Tank (T-34) for the Second World War. Its best fighter-bomber, (IL-2), broke all aviation records of the world and chased away the Luftwaffe out of the skies. They attracted the finest talent in design and had design bureaus in competition – Sukhoi, Mikoyan, Antonov and Ilyushin. They did not look for transfer of technology or foreign direct investments. India should try to go at least halfway towards that road.

China also follows the same approach except that they do, like the Japanese earlier, reverse engineering, “harden” civilian technologies, particularly in electronics and computers, and adapting them for military systems. China is rapidly moving into deep designing capabilities in defence and military related technologies.

Moreover, it is important to note that investment in defence manufacturing may create less than half the employment for every rupee invested in a civilian sector manufacturing. This has been confirmed by a number of studies in the US.

To conclude, FDI in armament technology and production of arms for exports cannot be an end in itself, as every policy decision is required to be linked to the needs of the people. Relying on an ad hoc decision making process, without a carefully considered overall perspective on the implications of FDI in armament technology, is not a substitute for building a comprehensive plan and robust policy for the country’s inclusive growth, development and security.

Admiral Vishnu Bhagwat is the former Chief of the Naval Staff of India. He can be reached at [email protected].