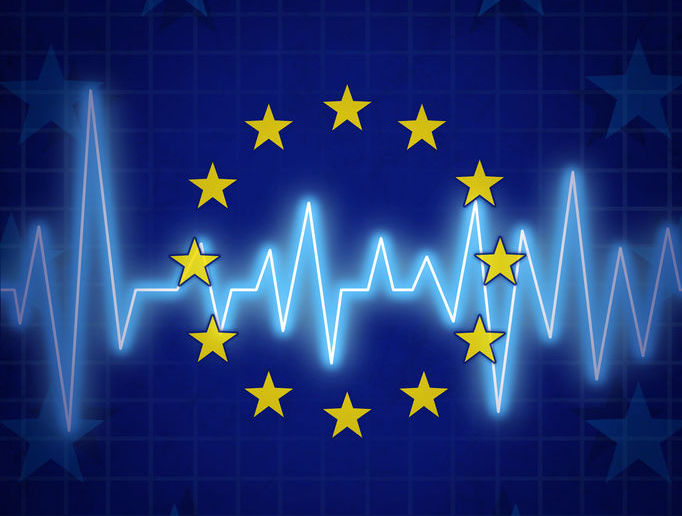 The European economy is facing one of its greatest challenges in recent times. It ranges from slow economic growth, the Brexit, political crises and the emergence of right-wing populist forces, to a possible GDP slowdown contagion emanating from Germany. Some disagreements and uncertainty regarding Maastricht policies are adding to the risks for the economy of the old continent. International organizations have emphasized the need to generate certainty, boost the potential product and reinforce some fiscal aspects that will be necessary given the US-led global economic slowdown forthcoming. In this sense, 2019 is a crucial year for the EU which, far from going through a moment of cooperation, is experiencing one of its harshest conflict episodes.

Average GDP growth before the 2008 crisis was 2.5%, and after that, it remains at 1.5%, which has had a direct impact on low inflation, which remains below the objective of the European Central Bank (ECB). This has meant a restriction for the recovery of interest rates by the monetary authority that maintains it at 0% since 2016. This generates a flow of capital out of euros into the US dollar with the logical consequence into the euro/US dollar exchange rate.

With regard to the slowdown in European GDP growth, the German economy (the so-called European engine) stands out. Germany’s economic growth for 2018 was 1.4%, down from 2.2% in 2017 and 2016, mainly due to weak industrial production, the implementation of new regulations on carbon emissions, as well as the weakening of exports, which represent about 40% of the EU total.

On the other hand, slower internal demand in Italy has had an impact on its GDP growth. By 2018, GDP growth was only 1%, the lowest for the area, down from 1.6% in 2017 and 1.1% in 2016. This gave rise to a major conflict with Brussels, as the new Government wanted to have a larger fiscal deficit than Brussels would allow, precisely to reactivate the economy.

One of the challenges facing Italy is the problem of public debt, which represented 133% of its GDP for the third quarter of 2018. A 1% rise in ECB interest rates has a direct fiscal impact of 1.3% of GDP and given the Maastricht restrictions; it may force fiscal adjustment policies in the not very distant future.

In France, the protests of the yellow vests reflect the lack of GDP growth despite the fiscal measures intended to boost the economy and, in a way, contain the discontent of the population. According to the EC, the contribution of net exports to growth will vanish as imports grow at a faster rate than exports, which will slow down GDP growth for 2019 to 1.3%.

Finally, the United Kingdom (UK) could be one of the hardest hit of the continent, since its exports to the EU are almost 50% of its total exports. It is worth mentioning that GDP growth fell from 1.8% in 2016 and 2017 to 1.4% in 2018. Uncertainty as to whether or not there will be an agreement for its departure from the European Union (Brexit), there are legal, commercial and financial aspects that could be a burden for the British economy.

Regarding Brexit, some multinational firms are considering moving their headquarters from the UK. According to Ernst and Young, EY Financial Services Brexit Tracker: “Since the Referendum vote, 34% (75/222) of companies tracked have said they are considering or have confirmed they are moving some of their operations and/or staff from the UK to Europe. 24% (53/222) of companies tracked have confirmed at least one relocation destination in Europe, with Dublin and Frankfurt remaining the frontrunners, attracting 21 and 12 firms respectively.”

The Brexit date is March 29, although the British prime minister said on February 26 that the only way for UK to leave the EU would be if there is “an explicit consensus in the House of Commons,” opening the possibility of an extension of the exit process maybe until June 2019.

The potential Italian economic crisis, the political unrest in France and Brexit conform a complex panorama for the EU authorities. If the economic deceleration deepens, with the fiscal agreements and the tight margin of maneuver of the monetary policy, there are not too many economic policy instruments left to boost the growth of the EC area.

According to the Business Confidence Index (BCI) and the Composite Leading Indicator (CLI), provided by the Organization for Economic Cooperation and Development (OECD), an unfavorable scenario is expected in Europe.

Thus, the European economy shows signs of deceleration and the various instruments of economic policy do not seem to have any policy space left since the last crisis. High levels of debt impede countercyclical policies, and very low-interest rates avoid reductions to boost demand. This could well mean a new recession ad portas and the impossibility of the economic authorities in Brussels to respond with countercyclical policies.

Oscar Ugarteche is a senior researcher at the Institute of Economic Research, National Autonomous University of Mexico (UNAM), Mexico. Alfredo Ocampo works at the School of Economy, UNAM.