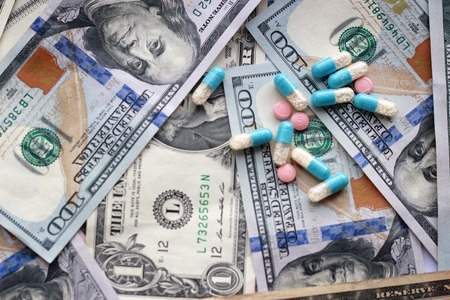 In an unprecedented case, Eli Lilly initiated an amended investor-state-dispute-settlement (ISDS) claim against the government of Canada in 2013 after Canada’s highest courts upheld invalidations on new therapeutic use patents for two chemical compounds – olanzapine and atomoxetine, the active pharmaceutical ingredients of Strattera and Zyprexa respectively. The courts had ruled that Canada’s well established “promise utility doctrine” was not satisfied because the evidence provided by Eli Lilly at the time of its patent applications did not support the new therapeutic uses claimed.  Eli Lilly filed its ISDS claim under the investment clause of the North American Free Trade Act (NAFTA) and sought CA$ 500 million in compensatory damages for past and future lost profits.

On March 16, 2017, the ISDS panel’s Final Award dismissed the case in its entirety, ruling not only that Canada had not substantially modified its utility law doctrine when it revoked the two patents and thus did not violate foreign investor protections, but also that Eli Lilly must pay nearly CA$ 5 million to Canada to compensate it for its arbitration costs.

Eli Lilly based its extortionate ISDS claim under NAFTA Chapter 17 on three shaky legs:  first, that the patent invalidations constituted unlawful expropriation of Eli Lilly’s patent-based investments under NAFTA Article 1110; second that Canada’s judicial invalidations had failed to provide fair and equitable treatment under NAFTA’s minimum standards of treatment rule, Article 1105; and third that the promise utility doctrine was arbitrary and otherwise discriminatory against pharmaceuticals as a field of technology and/or against foreign pharmaceutical companies (Final Award ¶ 5).

Canada responded that jurisdictionally the ISDS claim was time barred; that there was no denial of justice in the patent invalidations, which would be the sole basis for relief; that its promise utility doctrine was long standing and that there had been no dramatic change in the doctrine; and that the invalidation did not breach Chapter 11 or any other relevant international obligation (Final Award ¶ 6).

The tribunal rejected Canada’s procedural defense and did not reach the decision on the “denial of justice” issue.  It nonetheless assumed that judicial decisions could in rare instances amount to a denial of justice, but only when they are “sufficiently egregious and shocking – a gross denial of justice, manifest arbitrariness, blatant, unfairness, a complete lack of due process, evident discrimination, or a manifest lack of reasons – so as to fall below accepted international [minimum] standards” (Final Award ¶ 222).  Alternatively, a breach of minimum standards might occur where the state objectively created expectations to induce investments and later repudiated those expectations (Ibid.).  The Tribunal was careful to emphasize that arbitration panels do not sit as an appellate tier to review the decisions of the national judiciary (Final Award ¶ 224).

The principal issue addressed by the panel was whether the invalidation of Eli Lilly’s secondary patents were the result of a dramatic departure from the patent doctrine on utility in effect when the patents were first filed.  Having interpreted Eli Lilly’s claim as not challenging the promise utility doctrine per se, but rather the invalidations, the Tribunal addressed all three elements of the doctrine:  (1) the identification of a “promise” in the patent disclosure, against which utility is measured; (2) a prohibition against use of post-filing evidence; and (3) the requirement that pre-filing evidence to support a sound prediction of utility must be included in the patent.   Despite a painstaking review of Canadian decisions, the Tribunal could find no dramatic transformation of the utility doctrine, though there were some incremental and evolutionary changes as might be expected in a common law system (Final Award ¶¶ 386, 418).

On the final issues, arbitrariness and discrimination, the Tribunal found that Canada’s promise utility doctrine was not arbitrary but instead was coherent and consistent with Canada’s policy justifications (Final Award ¶ 430).  It further found that the doctrine did not discriminate against pharmaceutical product or foreign companies compared to domestic ones  (Final Award ¶¶ 439, 441).  It is worth noting that the Tribunal never addressed the ultimate question of its authority to adjudicate NAFTA intellectual property violations or whether NAFTA’s IP standards were violated in this case.

The Eli Lilly arbitration filing ignited a firestorm of critical commentary in access-to-medicine and trade-justice communities because it showed the danger of foreign investors making direct claims against governments for decisions or policies negatively impacting companies’ expectations of monopoly profits from sales their of IP-protected products.  Industries’ early IP-based investment claims had been based on trademark-related investments, for example when governments, including Australia, imposed plain packaging and dire warning requirements on cigarettes.  There had also been unsuccessful claims against the U.S. over regulatory decisions by the Food and Drug Administration.  But Eli Lilly was the first medicines case advancing a pure IP-based theory of investment liability.  Regrettably, it has not been the last.

During the pendency of the tribunal, at least two additional IP-based ISDS claims were filed by multinational drug companies against middle-income countries.  In the first, Novartis filed a formal notice of dispute under the Switzerland-Columbia bilateral investment treaty attacking Columbia’s identification of a public interest in the leukemia medical, Glivec, sufficient to justify the issuance of a compulsory license.  In response to this ISDS case and extreme backdoor pressure from the U.S., Columbia relented on its lawful compulsory license option and instead imposed a 50% price reduction on the medicine.  In another case, Gilead Sciences, Inc., filed an IP investment claim against Ukraine because it had registered a generic equivalent to its hepatitis C medicine, sofobuvir, which Gilead claimed was protected by data exclusivity.  Even though Ukraine does not have a patent-registration linkage regime, Gilead’s $800 million claim forced Ukraine to de-register the generic equivalent at the same time that price concessions were granted.

Eli Lilly’s ISDS claim was the beginning of an ominous and poisonous trend of multi-billion dollar pharmaceutical giants bringing private arbitration claims directly against governments.  By defining intellectual property rights as investments in trade and investment agreements and by companies proclaiming their “legitimate” expectation of monopoly prices deriving from exclusive rights, rich countries and Big Pharma collude to punish countries that attempt to use lawful flexibilities to assure more affordable access to medicines.  Although Canada succeeded in standing up to corporate bullying, Columbian and Ukraine could not.  To preserve policy space and avoid ruinous arbitral decisions, countries should at the very least reject ISDS for IP-related claims.