On Nov. 19, the Norwegian Embassy in New Delhi received some unusual visitors. The visitors were Indian citizens, but ethnically they belonged to a distinct tribal minority group called Dongria Kondh. Dressed in their traditional attire, the tribal representatives came all the way from the remote Niyamgiri hills of Orissa to express gratitude to the Norwegian authorities for selling the country’s equity stake in the British-based metal company, Vedanta Resources, on ethical grounds. Norway’s sovereign wealth fund, the Government Pension Fund-Global, had an investment of about $14 million (an equity ownership of 0.16 percent) in this company. The Dongria Kondhs have been opposing a proposed $850 million aluminum refinery and bauxite mining project belonging to Vedanta. Representatives of…

Prime Minister Manmohan Singh’s sermon on inclusive growth at an annual summit of the Confederation of Indian Industry (CII) evoked sharp reactions from the corporate world and media. Most comments were aimed at resisting the enforcement of a Ten-Point Social Charter spelt out by the Prime Minister through regulatory and legislative measures. “The government cannot legislate CEO salaries,” was industry’s common refrain. This is nothing but a complete misreading of the Social Charter because it nowhere hints at curbing excessive remuneration or eschewing conspicuous consumption through regulatory and legislative measures. And, to my mind, that is a big problem with the Social Charter. In fact,…

International Investments: Is the Pendulum Swinging Back?

In the last five decades, there have been dramatic swings in the policy pendulum governing foreign investments at various levels in response to changing global political context. In the 1960s and 70s, the dominant thinking was foreign investments should be restricted as it interferes in the domestic economic policy making besides posing a threat to national sovereignty. The 1980s and 90s witnessed major swings in the investment policy pendulum towards greater liberalization of the regulatory framework at the national level. The swing was more pronounced in developing countries, particularly in Asia, Latin America, and Central and Eastern Europe . Countries unilaterally (sometimes voluntarily) undertook liberalization…

Read More |
Comments Off on International Investments: Is the Pendulum Swinging Back? 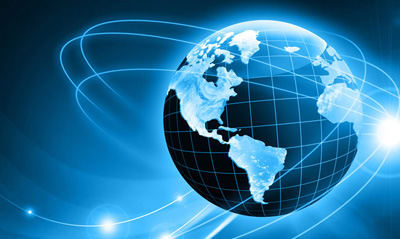 The large-scale tax avoidance practices used by transnational corporations (TNCs) came into public notice recently when the giant drug corporation, GlaxoSmithKline, agreed to pay the US government $3.4 billion to settle a long-running dispute over its tax dealings between the UK parent company and its American subsidiary. This was the largest settlement of a tax dispute in the US. The investigations carried out by Internal Revenue Service found that the American subsidiary of GlaxoSmithKline overpaid its UK parent company for drug supplies during 1989-2005 period, mainly its blockbuster drug, Zantac. These overpayments were meant to reduce the company’s profit in the US and thereby…

Southern Transnationals: The New Kids on the Block?

The mid-1990s witnessed the dramatic emergence of transnational corporations from the developing world. Although much of the investment by these corporations is concentrated in other developing countries (South-South), they are increasingly investing heavily in developed countries (South-North) as well. The South-South and South-North FDI flows are growing much faster than the traditional North-South FDI flows. However, 87 per cent of the total outward FDI flows in 2004 originated from just 10 developing countries.

In terms of foreign assets, the majority of top 50 Southern TNCs are headquartered in Asia (32), followed by Latin America (11) and Africa (7, all of them in South Africa). What…