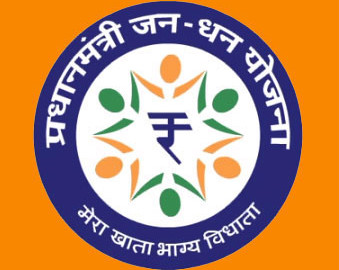 Jan Dhan Yojana (People’s Wealth Plan) – an ambitious financial inclusion program – was launched amid much fanfare in India on 28th August, 2014. The initial target of Jan Dhan Yojana is to cover 75 million unbanked households by 26th January, 2015. The government claims that on the inaugural day, a record 15 million bank accounts were opened across the country under this initiative. Nowhere else in the world, such a large number of bank accounts have been opened on a single day. In less than a month, nearly 40 million accounts have been opened under this initiative.

The Jan Dhan Yojana (JDY) would be…

The Insurance Laws (Amendment) Bill: Missing the Forest for the Trees

Many commentators have viewed the ongoing stalemate over the passage of controversial Insurance Laws (Amendment) Bill, 2008 – which, inter alia, proposes to raise foreign shareholding in the insurance sector from 26 to 49 percent – as nothing but sheer political opportunism of country’s two main political parties – Congress and BJP. Undeniably, it was the Congress-led UPA government which introduced this Bill in 2008 but the then main opposition party (BJP) strongly opposed it and the Bill was sent to the Parliamentary Standing Committee on Finance headed by Yashwant Sinha, senior BJP leader, for scrutiny. In its Report to Parliament, the Standing Committee…

Read More |
Comments Off on The Insurance Laws (Amendment) Bill: Missing the Forest for the Trees

The Era of Mega-Arbitration: International Court Rules Against Russia in $50 Billion Decision

On July 28, 2014, an international arbitration tribunal under the auspices of the Permanent Court of Arbitration (The Hague) announced that Russia must pay $50.02 billion (Rs.300120 crore) in damages to former shareholders of the now defunct oil giant, Yukos Oil Company. The three-member tribunal unanimously declared that Russia breached its obligations under Article 13(1) of the Energy Charter Treaty when it “took steps equivalent to expropriation of the claimants’ investment in Yukos.”

In its Award, the tribunal said, “Yukos was the object of a series of politically motivated attacks by the Russian authorities that eventually led to its destruction…The primary objective of the Russian Federation…

Read More |
Comments Off on The Era of Mega-Arbitration: International Court Rules Against Russia in $50 Billion Decision

The Promise and Pitfalls of BRICS $100 billion CRA

Brazil will host the leaders of Russia, India, China, and South Africa for the 2014 BRICS Summit during July 15-17, 2014. This Summit is expected to launch the $100 billion Contingency Reserve Arrangement (CRA) and further details on soon to be established BRICS Development Bank will be unveiled. In June 2012, Brazil had proposed the establishment of a BRICS contingent reserve pool and bilateral swap arrangement which could ease short-term liquidity pressures and strengthen financial stability in the event of a balance of payments or currency crisis.

Global trade wars are looming over the establishment of local content requirements in national law. Nearly two months after Canada lost a case at the World Trade Organization, the US has approached the WTO to challenge the local content requirements in India’s solar power program. This growing trend could have serious implications for India’s new FDI policy on retail trade and other programs intended to encourage domestic manufacturing and job creation.

On 19 December 2012, a WTO panel backed complaints from Japan and the European Union that the local content requirements of Ontario’s Feed-in-tariff (FIT) program for the renewable energy sector violate WTO rules because…