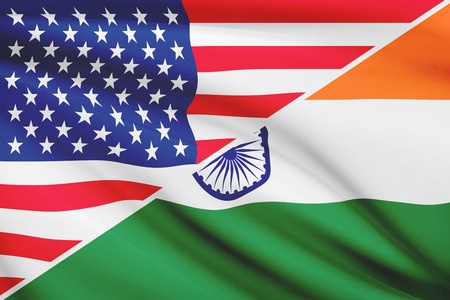 It’s official: India and the US will resume negotiations on a high-standard bilateral investment treaty (BIT). In a joint statement on Sunday by Prime Minister Narendra Modi and President Barack Obama, the leaders affirmed their “shared commitment to facilitating increased bilateral investment flows and fostering an open and predictable climate for investment.” Since 2008, the two countries have been engaged in sporadic discussions to arrive at such a treaty. In the coming days, negotiations will begin on its wording, based on each country’s revised model treaty texts.

However, given the vast divergence between their respective models, the chances for a quick breakthrough appear bleak, especially since India has recently overhauled its 1993 model with stringent conditions and narrow provisions.

India’s new model text is miles apart from the 2012 US model BIT on fundamental issues. To start with, the definition of investment itself will be a major bone of contention.

In any investment treaty, the definition of investment is of paramount importance because it determines what kinds of investment will be protected. The US model adopts a broad, asset-based definition that includes business enterprises, shares, bonds, debentures, derivatives, intellectual property rights, business concessions, contractual rights and moveable and immovable property.

India’s model BIT excludes from its definition of investment portfolio investments, government debt securities, commercial contracts, goodwill and other intangible assets of an enterprise. And, unlike the US model, India’s model only recognizes those investors who directly own and control an enterprise, precluding claims being brought by indirect or minority shareholders. A holding company would also not qualify as an investment entity.

Even if the US adopts a more flexible approach, it will certainly insist on including intellectual property rights and portfolio investments (both equity and debt flows) in any definition of investment.

Secondly, the US model includes a most favoured nation (MFN) provision, which India has completely dropped from its new model. Washington is unlikely to accept the exclusion of an MFN provision as it would debar US investors from invoking more favourable substantive protection standards contained in India’s other BITs.

Thirdly, market access will be another bone of contention. The US government seeks strong market access commitments through pre-establishment of national treatment (NT) while India’s new model and its existing treaties to date only provide post-establishment NT with exceptions. India maintains the right to screen foreign investors prior to their establishing an investment presence in the country.

Fifthly, the US model contains detailed provisions on environment and labour standards, while India has always opposed such standards at the WTO and bilateral agreements. It remains to be seen whether India will accept these provisions under the proposed India-US BIT. The Indian model deals only with disclosure and anti-corruption provisions.

Lastly, the US may not agree to India’s proposal to keep outside the framework of the proposed treaty intellectual property rights (including compulsory licenses), taxation matters and measures taken to ensure financial and macroeconomic stability.

Does all this mean that no BIT between US and India is possible? It must be acknowledged that the two countries may find common ground on transparency issues, state-to-state dispute settlement mechanisms, investor and host country obligations, and conduct of arbitration tribunals. Identifying common ground is usually the first step in the negotiation process.

Any BIT is based on the principle of reciprocity. If India agrees to US demands, one must ask what India will get in return. The same is true of the US. Both parties will have to cede considerable ground to conclude a mutually acceptable BIT within a reasonable time. The negotiations are not going to be a smooth affair, despite the strong personal rapport between Obama and Modi.

This piece first appeared in beyondbrics blog of Financial Times on January 26, 2015 with the headline: India / US bilateral investment treaty will be no easy ride.