The European Union (EU) and India are negotiating a free trade agreement (FTA) which encompasses liberalisation and deregulation of financial services. This paper wants
to raise policy issues that run much deeper than the current liberalisation debate and consider who will benefit and who will lose from the FTA. This paper first looks at the performance of EU banks in India, especially as compared to the developmental needs of the un-banked and under-banked regions and groups of people in India.

Entry of Foreign Banks in India and China: A Brief Note

The proponents of banking sector liberalization claim that the entry of foreign banks in the poor and developing world is highly desirable and beneficial. But recent empirical evidence suggests that the entry of foreign banks could lead to misallocation of credit, which in turn could negatively affect economic growth prospects as bank credit is a vital input for investment and growth. As the focus of the global banking industry appears to be on India and China, this note analyses some of the recent developments taking place in these countries.

Read More
Comments Off on Entry of Foreign Banks in India and China: A Brief Note
Download Now

In the first week of August 2005, Reserve Bank of India (RBI), country’s central bank, issued a list of 391 under-banked districts in India with population per branch more than the national average of 16,000. The list was part of a policy directive issued by the central bank to all commercial banks asking them to work out their branch expansion strategies “keeping in mind the developmental needs of un-banked regions.” If 391 districts out of a total 602 districts in India are un-banked and under-banked, it raises several policy…

Multilateral Investment Agreement in the WTO: Issues and Illusions 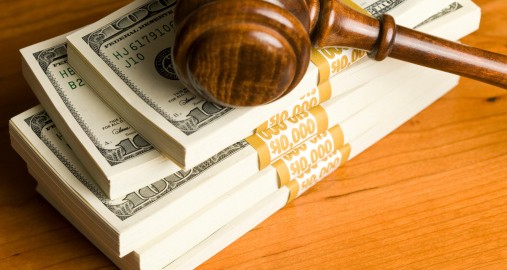 This paper is an in-depth investigation of attempts made by a select grouping of developed world to widen the scope of trade negotiations to new issues, particularly investments, at the Fifth Ministerial Conference of the World Trade Organization (WTO) held at Cancun, Mexico in September 2003.

Read More
Comments Off on Multilateral Investment Agreement in the WTO: Issues and Illusions
Download Now

China became a member of the World Trade Organization (WTO) on 11 December 2001. To facilitate its entry into WTO, China agreed to undertake a series of important market access commitments to open and liberalize its financial sector.

These commitments will allow foreign banks to capture markets in those regions (e.g., coastal regions and cities) where bulk of banking business is concentrated. Given the fact that foreign banks have considerable international exposure and can launch new products and services, they are in a better position to capture China’s banking markets,…