Assessing the GDP Estimates in the Light of Demonetisation 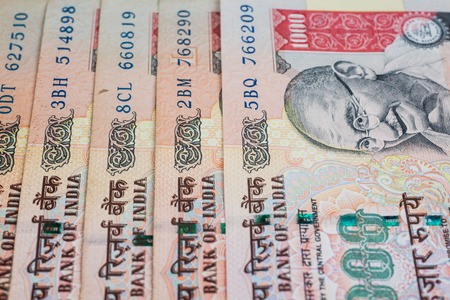 The Second Advance Estimates of National Income, 2016-17 produced by the Central Statistical Office (CSO) show that demonetisation has had no impact on the country’s economic growth. According to the CSO, Indian economy grew by a healthy 7% in the third quarter of the current financial year, quite contrary to even the expectations of even the Finance Ministry. The Economic Survey had observed, “demonetisation has had short-term costs”, which “real and significant”, and added that the costs would be high especially for those who are dependent on the “informal and the cash intensive sectors”. Given that the informal sector contributes almost 50% to GDP and supports over 90% of the workforce, the Economic Survey alluded to the serious adverse impact of demonetisation.

According to the CSO, Indian economy grew a tad slower in the third quarter as compared to the immediately preceding quarter. However, this slow-down, from 7.4% to 7.1%, was much less than predicted by the critics of demonetisation. Further, during April-December 2016, GDP growth was 7.2%, which, once again, exceeded all expectations. Here lies a conundrum: the main components of GDP do not quite explain these growth numbers.

The main source of GDP growth in the third quarter was private final consumption expenditure (PFCE), which had witnessed remarkable increase. As a share of GDP, PFCE increased from 53.7% during second quarter to 58.7% in the third. What makes the PFCE in the latter quarter particularly noteworthy is that it recorded its highest share since the third quarter of 2013-14.  In other words, the spurt in PFCE reported by the CSO is of a magnitude that has not been seen in the past 12 quarters.

The question that therefore arises is the following: how did PFCE register this magnitude of increase when the government had severely dented consumer demand by sucking-out 86% of currency notes in circulation from an economy, in which, according to some estimates, well over 90% of consumer spending is cash driven?

In the period since 8 November 2016, consumer spending should have been drastically hit also because Reserve Bank of India (RBI) was unable to remonetise the economy at a pace that the exceptional circumstances demanded. RBI had reported that on October 28 2016, i.e., 10 days before demonetisation, Rs. 17 lakh crore worth of currency notes were in circulation. Demonetization seems to have “shocked” RBI as well, for three weeks following the withdrawal of high denomination currency notes, the institution reported that “Currency with the Public” was Rs. 15.3 lakh crore, when the actual figure should have been well below Rs. 2.5 lakh crore (equivalent to 14% of the pre-November 8 currency in circulation). By end-December 2016, currency in circulation was Rs. 7.8 lakh crore, which was about 46% of the level prior to demonetisation. The latest figure provided by RBI (for 17 February 2017) shows that currency in circulation was nearly 60% of the pre-demonetisation level. We can now understand why Economic Survey 2016-17 had argued that “remonetizing the economy expeditiously by supplying as much cash as necessary” is an essential step to put the economy on track.

A disquieting dimension thrown up by the GDP numbers is the steep fall in the rate of domestic investment. Gross domestic fixed capital formation fell below 27%, the lowest level in more than a decade. The GDP estimates have, therefore, put before the government two daunting challenges, namely, reviving consumer sentiments, and also to get domestic investors  to increase their stakes in the economy.

As the debate on the GDP growth rate rages, it is necessary to ask whether this economic indicator should receive the kind of importance it has been receiving in public discourse. Mainstream economics have, for a long time, questioned the relevance of economic growth as an indicator of economic well-being of a nation. The “trickle-down theory”, once bandied about as the primary benefit of high economic growth has long been rejected on the sheer weight of evidence against it.

Two decades back, the UN Human Development Report (HDR) had advised the policy makers to avoid getting “mesmerized by the quantity of growth” and to instead “be more concerned with its structure and quality”. The report had stated that “unless governments take timely corrective action, economic growth can become lopsided and flawed”. Under such circumstances, only determined efforts can help in preventing growth from becoming “jobless, ruthless, voiceless, rootless and futureless”. HDR’s observations could not have been more pertinent – during past decades, large swathes of the developing world have witnessed these undesirable forms of “growth” that have perpetuated human miseries.

However, despite these warnings, governments, including those in India, have remained obsessed with growth numbers and have, as a result, glossed over the factors responsible for the unacceptably high levels of deprivation suffered by large sections of their citizens. The citizens of this country would have greatly benefitted if the obsession of those responsible for shaping public policy was on ways to address the scourge of poverty, malnutrition, the growing burden of diseases and to find ways in which those in the working age can get decent work. But, this is unlikely to happen if the dominant discourse on the state of the economy remains a prisoner of a set of numbers that are bereft of the human face.

Biswajit Dhar is a Professor of Economics at the Centre for Economic Studies and Planning, School of Social Sciences, Jawaharlal Nehru University, New Delhi. K.S. Chalapati Rao is a Distinguished Fellow at the Institute for Studies in Industrial Development, New Delhi.