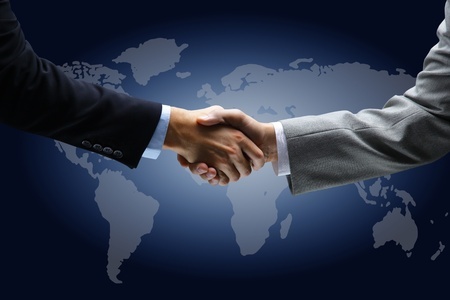 Following the release of a draft model investment treaty (discussed previously here), the Indian government last week unveiled a final version of its proposed negotiating text (click to download). As we note below, the final model walks back some of the most ambitious proposals in the earlier draft (for e.g. the scope for states to make counter-claims against investors in relation to certain investor responsibilities) – but leaves largely intact certain other innovations, such as the requirement for investors to exhaust domestic remedies (for at least five years) before turning to international arbitration.

In conjunction with release of the final model text, India has also announced that responsibility for negotiation of future investment treaties and investment chapters of free trade agreements will lie with the country’s Ministry of Finance. Previously, that Ministry had negotiated only BITs, whereas the Ministry of Commerce had handled investment provisions in FTAs.

A brief memorandum announcing this change cited a desire to ensure “convergence” between trade and investment issues.

The final model treaty preserves the older draft’s replacement of the fair and equitable treatment standard with a more narrow one offering protection against a list of measures. It is however made clear in the final draft that every potential breach of the treatment standard (through denial of justice, fundamental breach of due process, discrimination or manifestly abusive treatment) requires a violation of customary international law. This is arguably an even narrower standard than the older draft, which only tied denial of justice to customary international law.

In a departure from the earlier draft, the final model provides for “full protection and security” treatment, but stipulates that this is limited to providing for the “physical” security of investors and investments (and presumably not the broader forms of legal security sometimes posited by arbitral tribunals.)

The final model also eschews a provision found in an earlier draft whereby a breach of national treatment “… will only occur if the challenged Measure constitutes intentional and unlawful discrimination against the Investment on the basis of nationality.”

Notably, the final model treaty does not retain the initial draft’s narrow definition of what constitutes an investment and an investor. The earlier draft had required an investor to control or own a majority of an investment in the host state in order to be protected by the treaty. By contrast, the final model has removed these strict requirements of ownership and control and replaced it with more open-ended language.

The final model make explicit that investments should have certain characteristics, “… such as the commitment of capital or other resources, certain duration, the expectation of gain or profit, the assumption of risk and a significance for the development of the Party in whose territory the investment is made.”

The new model BIT text also includes a new broad and non-exhaustive list of which assets the investment may consist of, notably comprising shares in another enterprise, intellectual property rights and “any other interests of the enterprise which involve substantial economic activity and out of which the enterprise derives significant financial value.”

The final model does not, however, extend to the protection of portfolio investments.

In keeping with the earlier draft model, the final version also dictates that dual nationals “… shall be deemed to be exclusively a national or citizen of the country of her or his dominant and effective nationality/citizenship, where she/he ordinarily or permanently resides.” Such dominant or effective nationality provisions may become more commonplace due to recent arbitral developments. As we’ve noted, the failure of states to lay out such effective nationality requirements in their treaties has led one UNCITRAL tribunal to uphold jurisdiction over claims made by dual-nationals of Spain and Venezuela against the government of Venezuela. Further such copycat claims are also in the offing, as for example this case against Russia.

Whereas the older draft included a comprehensive chapter outlining investor obligations, the final model contains only two condensed articles addressing these issues. To a large extent this downsizing is the result of more efficient language: instead of outlining the various laws and regulations the investor shall comply with in both the host state and the home state, the first of the two remaining articles simply states that investors “shall comply with all laws, regulations, administrative guidelines and policies of a Party concerning the establishment, acquisition, management, operation and disposition of investments.”

It remains to be seen how this language – which, unlike the previous approach, does not expressly mention human rights, consumer protection, labour laws, etc – will be interpreted. Those aspects are instead mentioned in the second, seemingly softer provision under the headline “Corporate Social Responsibility”, in which it is stated that investors “shall endeavour to voluntarily incorporate internationally recognized standards” with respect to such issues.

The expropriation provision of the final model appears to be closer to the conventional clauses seen in other investment treaties. Most notably, certain novelties seem to have been deleted from the earlier draft. For example, the final model does not include the language which declared that non-discriminatory regulatory actions in pursuit of “legitimate public welfare objectives such as public health, safety and environment” could not constitute expropriation.

Whereas the earlier draft model had enumerated a comprehensive list of factors that might reduce the amount of compensation owed to an investor whose investment was expropriated, the new model condenses into a footnote certain damages-mitigating considerations.

Any award of moral damages remains prohibited under the final model.

The requirement to exhaust local remedies before accessing investor-state arbitration (unless the investor can demonstrate that such remedies would be futile) is maintained in the final language. The requirement has however been qualified, so that an investor who has not been able to obtain a satisfactory resolution after five years can still proceed to arbitration. Similarly, the final model retains the older draft’s requirement that investors’ access to arbitration presupposes that the investment was not made through fraud or corruption.

As with the earlier draft model, the final version contains a denial of benefits provision – that can be invoked at any time (not merely at the outset of a dispute).

If an investor meets the conditions precedent to arbitration, it may choose between ICSID, ICSID Additional Facility and UNCITRAL arbitration (under the older draft, only the UNCITRAL Rules were available to the investor). Irrespective of which rules govern the proceeding, however, the model language still modifies the chosen rules to a large extent. As discussed by us in our earlier coverage of the draft model BIT, both arbitrators’ ethics requirements and general transparency provisions are more far-reaching than the default under the established arbitration rules.

A noteworthy addition to the final model treaty is that Article 29 envisions a future appeals facility for investor-state cases. The article opens the door to any such future mechanism, including one established under another, separate future multilateral agreement. This new insertion is likely inspired by the discussions taking place elsewhere, most notably within the EU Commission, which has proposed to establish a multilateral court for investment disputes.

The earlier draft model had included a list of carve-outs, withdrawing certain types of measures from the model treaty’s protection. This list is largely retained in the final model, including the notable taxation carve-out (a subject-matter that has underpinned certain of India’s pending BIT disputes, including a slow-moving spat with Vodafone).

A new prominent feature in the final model is that “any measure by a local government” is added to the list of carve-outs. The older draft had only included such an exception from the national treatment provision, which now seems to have been expanded to the entire treaty.

The earlier draft also contained an extensive enumeration of general exceptions, outlining nine types of measures that host states would always be able to take without having to answer under the treaty. This list included several measures – for example with respect to the integrity of the financial system, protection for personal data and improving working conditions – that have now been removed from the final list of general exceptions.

The draft model also contains a self-judging essential security provision that guarantees latitude for certain measures, including with respect to the granting or withdrawing of security clearances.

Joel Dahlquist and Luke Eric Peterson are associated with IAReporter – an online news and analysis service focused on international investment treaties and arbitration. An extended version of this article appeared here.