The Perils of TPP and TTIP 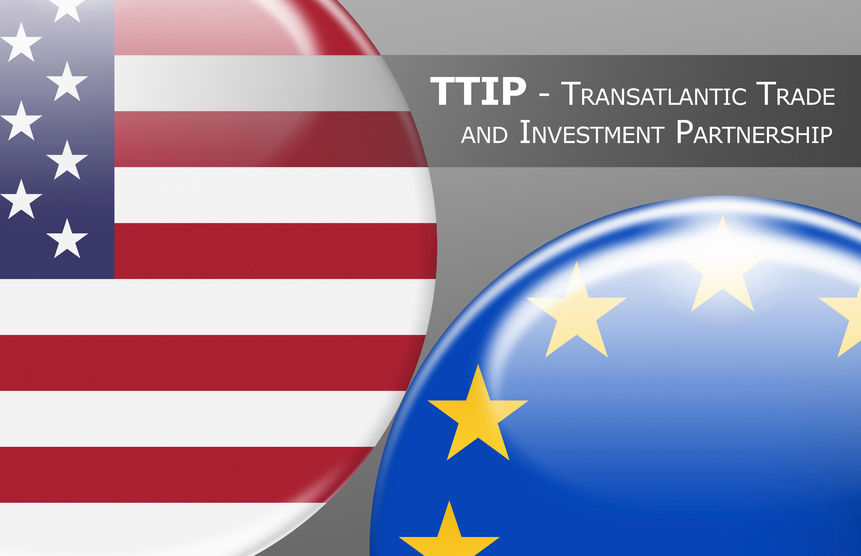 Numerous bilateral and multilateral trade and investment agreements have been and are being negotiated without proper consultation of stakeholders, mostly in secrecy and without public participation. The Transatlantic Trade and Investment Partnership (TTIP) and the Comprehensive Economic and Trade Agreement (CETA) between the European Union and Canada concern not only the United States but also the 28 States of the European Union.  As model for these new mega-treaties stands the Trans Pacific Partnership (TPP), which was signed by twelve Pacific Rim States, including Australia, Canada, Japan and the United States, on 4 February 2016 in Auckland, New Zealand.  Of course, signature does not mean ratification. Now the Parliaments of all twelve States must deliberate and decide whether it will come into force.

What is being sold as a free trade agreement has little to do with the facilitation of world commerce, which is enormous and already benefits from low tariffs. It has more to do with a concerted effort by investors and transnational corporations to get rid of government regulations in the fields of health, environment, labour, intellectual property, etc. and thus pose a grave danger to democratic governance. These are asymmetrical treaties that stipulate special rights for investors and no corresponding obligations or protection of the public.  There are no mechanisms available under these treaties to call investors and TNCs to account.

Particularly dangerous is the fact that transnational corporations gain a legal right to interfere in the domestic affairs of States, namely on exclusive fiscal and budgetary prerogatives and on the right of every State to legislate in the public interest. Over the past thirty years corporations have been demanding compensation for the loss of expected profits when the democratic process calls for regulatory measures that the corporations claim will reduce their expected profits.

Corporations have successfully litigated before privatized arbitral tribunals and received billions of dollars of compensation, paid from the public treasury of developing and developed States, at the expense of health, environmental and social services. On the basis of bilateral investment treaties and mega-treaties like the North American Free Trade Agreement (NAFTA) frivolous and vexatious litigation has been conducted which has proven of 5-6 years duration and generated a bonanza for specialized law firms that have earned millions of dollars in legal fees.

Based on the Energy Charter the Swedish giant Vattenfall is suing Germany for 5 billion Euros in connection with Germany’s post-Fukushima phase-out of nuclear power in favour of renewable energy.  Canada has also been the victim of frivolous attacks, e.g. by the US corporation Bilcon on the basis of NAFTA, which sued because of a denial of a permit to quarry in an environmentally sensitive area.  Even the US can be sued under NAFTA, as illustrated by Trans-Canada’s challenge of Obama’s denial of a permit to build the Keystone XL Pipeline on the grounds that it would be incompatible with the US environmental commitments under COP21. Trans-Canada wants $15 billion in compensation for the loss of hypothetical future profits.

What can be done?  The citizens of all States that have signed the TPP treaty should demand revision of the investment chapters and the abolition pure and simple of the planned investor-States dispute settlement tribunals, which in the past have ignored national laws and even the judgments of the highest national courts. The same applies to the equally dangerous CETA between Canada and the European Union.  Famous professors of international law, including Hersch Lauterpacht and Alfred Verdross would have rejected this privatization of justice as contra bonos mores, because it is incompatible with the ontology of the State as the protector of the public interest.

It is now the duty of Parliaments to conscientiously review every TPP chapter, ensure the regulatory space of States, and make concrete proposals how to deal with conflict of interests.  Necessary revisions must be a condition to ratification.  Moreover, in all twelve States referendums should be held in order to hear the will of the population that will be bearing the social consequences of TPP.  Even in the case that TPP would be ratified and enter into force, its incompatibility with the rule of law would remain and the General Assembly should refer the matter to the International Court of Justice for an advisory opinion.

With regard to TTIP, the European Commissioner for Trade, Cecilia Maelstrom, has proposed the creation of an Investment Court System (ICS).  I consider this a labeling scam, and the ICS can only be a pseudo-court with one-way jurisdiction. It will not protect the regulatory space of States. Already in February 2016, the Association of German magistrates (Deutscher Richterbund) rejected this proposal and considered that such a special court would be superfluous in countries under the rule of law.

Bearing in mind that all EU countries have competent courts, there is no need for the creation of a parallel jurisdiction that will privilege foreign investors. When democratic States cannot fully observe their fundamental function to protect the public and fulfill their human rights treaty obligations, this poses a grave danger to the domestic and international democratic order.

In my reports to the UN Human Rights Council, I have formulated an action plan that inter alia envisages the adoption of a legally binding treaty defining the legal obligations of investors and transnational corporations and make them accountable before the public courts of the States where they are registered and where they are operating.

Alfred de Zayas is a professor of international law at the Geneva School of Diplomacy and International Relations. In 2012, he was appointed Independent Expert on the Promotion of a Democratic and Equitable International Order by the UN Human Rights Council.