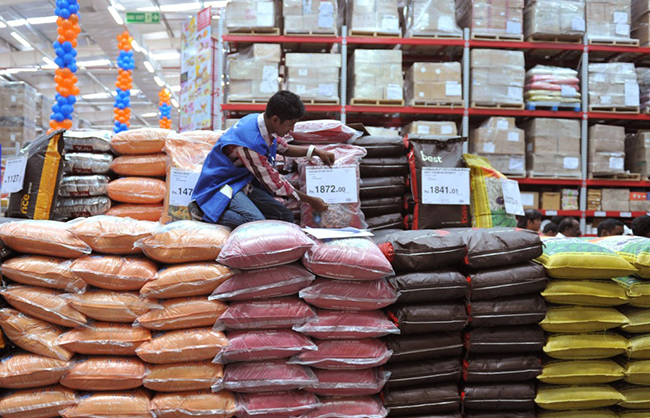 In September 2012, the UPA government announced its policy of permitting 51 percent FDI in multi-brand retail with accompanying riders. In an unusual admission that they did not achieve a consensus on the policy, the UPA left it to the states to decide if they would permit large-format foreign retailers to open outlets within their borders. Promptly, a majority of the States declared that foreign retailers are not welcome in their territories.

As the Congress lost state elections in Delhi and Rajasthan in December 2013, the newly elected governments in these states also declared their policy of not permitting big multi-brand retailers.

After the policy announcement, TESCO has been the only multinational retailer that has ventured into the country in a 50:50 joint venture with the TATA group. Walmart, that had spent millions and lobbied the hardest, has broken its partnership with the Bharti group and withdrawn to operate only cash-and-carry wholesale stores. Carrefour, the French retail giant, has announced recently that they are winding up in India and closing their wholesale outlets.

The political tables have completely turned with the Narendra Modi government assuming power in May 2014. What now for this policy on multi-brand retail?

The BJP’s election manifesto outlined in black and white that they would reverse the policy. Soon after elections, both Amit Shah (now President of the BJP) and Nirmala Sitharaman, Minister of State for Commerce and Industry under whose remit the policy falls, have articulated in no uncertain terms that the new government stays opposed to FDI in multi-brand retail. Despite these assertions, a mild level of speculation continues in the media that there could be a change in the government’s position and the FDI policy would not be reversed.

In reality, the policy is a stillborn one. With the state of Andhra being split into Telengana and Seemandhra, only the two major states of Maharashtra and Karnataka have accepted the policy. With state elections in Maharashtra scheduled in a few months, a possible change in government in the state could reduce the geographic area for this policy even more.

What should the new government do about this policy? It appears that they don’t need to do anything in a hurry, and can leave this ill-conceived policy as is for now. A reversal of an FDI policy always invites international criticism. The policy framework is such that it is highly unlikely that any multinational retailer will enter India to operate in such a limited geographic area. Companies venture into new markets where they have a clear line of sight on the big opportunity, and this is not the case here. So why bother?

The situation however presents a major opportunity to the Centre and State governments. And that is to streamline the supply chain infrastructure, build a cold storage chain across the country, straighten out anomalies in the Agriculture Produce Marketing Act, assist small businesses with finance and other resources, help small road transport operators to be more efficient, build a reserve stock mechanism for important vegetables like onions, tomatoes and potatoes to ensure their availability through the year at reasonable prices, and so on.

The policy on FDI in multi-brand retail may have gone into cold storage now. But issues abound around the supply chain from farm to consumer. This is the moment to be seized. India must work concertedly to improve the efficiency of its large and disaggregated wholesale and retail system, deliver good prices to its consumers and protect the employment of millions.

It can show the world that an indigenous model equitable to the interests of farmers, traders and consumers can be built, different from the oligopolistic big-box retailers of the West. This can be a singular achievement of the new government.