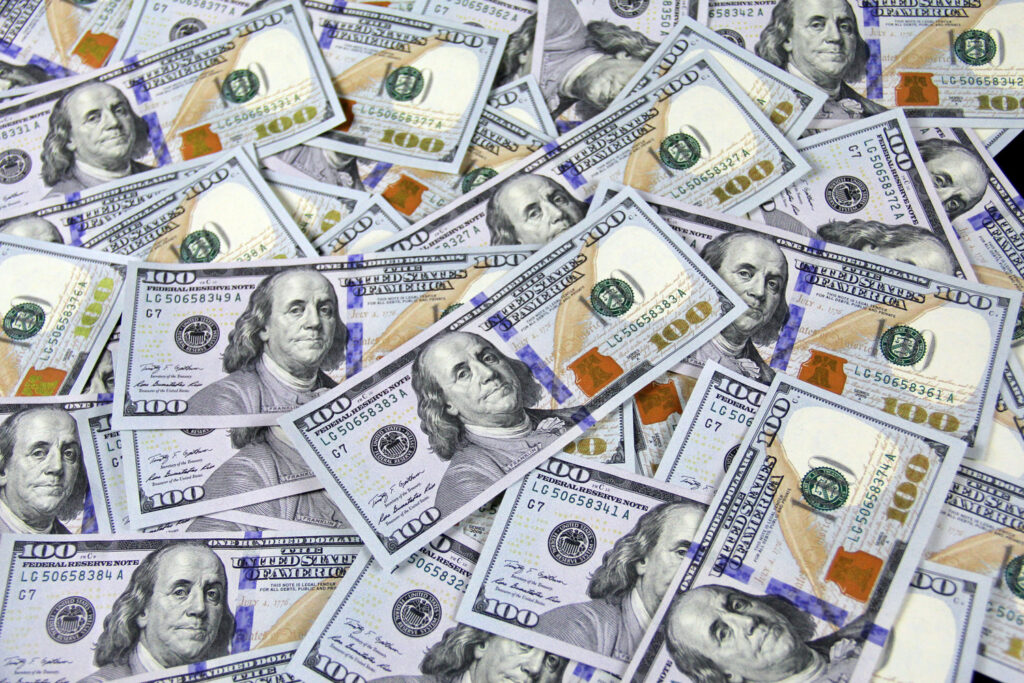 Amid large capital outflows, downward pressure on the rupee and reserve drawdowns, the Reserve Bank of India (RBI) announced on July 6 a slew of measures to attract greater foreign exchange flows to India. “In order to further diversify and expand the sources of forex funding so as to mitigate volatility and dampen global spillovers, it has been decided to undertake measures to enhance forex inflows while ensuring overall macroeconomic and financial stability”, the RBI said in its press release.

The above measures are intended to compensate for large foreign capital outflows and their downward pressure on the rupee-dollar exchange rate. So far in 2022, the rupee has fallen by 7 percent against the US dollar. On July 19, the rupee breached the psychological mark of 80 per US dollar amid global financial tightening, rising interest rates in advanced economies, and a stronger US dollar.

There is no denying that the Indian rupee has recently appreciated against several global currencies such as the British pound, Japanese yen and euro, but what really matters is the US dollar, which in the case of India remains the primary currency used for cross-border trade and investments.

In response to aggressive monetary policy normalization by the US Federal Reserve and other major central banks, foreign portfolio investors have pulled out a whopping Rs.271950 crore ($35.6 billion) from the Indian equity and debt markets over the period October 2021 to June 2022. In addition, the ongoing Russia-Ukraine war has triggered massive spikes in crude oil, food, and commodity prices. Since India imports nearly 85 percent of its crude oil needs, oil forms a large part of the country’s import bill.

In the case of India, the cumulative impact of the deteriorating global environment has been felt on both the current account (widening trade deficit) and capital account (large portfolio outflows), thereby amplifying the depreciation bias of the rupee against the US dollar.

The RBI’s forex reserves have fallen by $70 billion from their peak of $642 billion in early September 2021 to $572 billion in mid-July 2022, primarily due to interventions in forex markets and valuation changes. Market analysts believe that the RBI has spent close to $40 billion on market interventions this year to defend the rupee, yet the currency has continued to weaken.

It is widely assumed that $572 billion in forex reserves are sufficient to address capital outflows, meet international payment obligations, and cover imports for ten months. However, taking into account India’s short-term external debt, which is often viewed as a part of volatile capital flows, the picture is not rosy.

According to the Ministry of Finance’s Quarterly External Debt Report for Quarter Ending December 2021 (published in March 2022), India’s short-term debt on a residual maturity basis (i.e., debt obligations that include long-term debt by original maturity falling due over the next twelve months and short-term debt by original maturity) constituted 44.4 percent of total external debt as at end-December 2021 and stood at 43.1 percent of foreign exchange reserves. The rollover of short-term debt could become problematic if the rupee depreciates sharply in the coming months.

It is also concerning how India has accumulated its foreign exchange reserves. Unlike China, India has accumulated reserves due to a surplus in its capital account. As Rakesh Tripathy of the Reserve Bank of India noted, “India’s reserves are not genuinely ‘earned,’ but rather ‘borrowed,’ and they may need to be ‘returned’ if capital flows reverse as they did in 2008–09”. This is exactly what is happening in the current situation as portfolio flows are reversing, exerting downward pressure on India’s forex reserves and the rupee.

In addition, India’s negative net international investment position (the difference between its foreign assets and liabilities) should be a cause for concern if sudden stop events become more frequent in the coming months.

While the RBI is entitled to use forex reserves to protect the rupee from volatile and bumpy movements, there is no consensus on how much reserves should be used for this purpose. “The RBI can afford to spend even $100 billion more if required to defend the rupee,” says a recent Reuters report, citing an unnamed source aware of the RBI’s thinking. Our advice to the central bank is to use forex reserves sparingly and for a brief period to smoothen volatility. Otherwise, the RBI risks depleting substantial forex reserves with little effect on currency volatility.

Market participants have increased bets that the RBI will hike rates in tandem with the US in order to maintain the interest rate differential against the US dollar, thereby aiming for a relatively stable rupee-dollar exchange rate.

Will New Measures Be Effective?

The efficacy of these new measures will be minimal as they are introduced for a brief and temporary period. Most would lapse from the end of October until the end of December. Even if they are extended for an additional six months or made permanent, it is highly unlikely that they will open the floodgates of foreign exchange flows to India to offset large outflows that push the rupee down.

Second, why should FPIs invest in short-term funds in India when they can get better returns by investing in US treasury bills for the same time period? This is especially true when one considers the higher hedging costs that come with investing in rupee-denominated debt instruments in the current environment.

Third, the differential between US and Indian policy rates is narrowing, which dissuades risk-averse portfolio investors from entering Indian debt markets, given the general climate of uncertainty. Unless interest rates rise significantly in India, the new relaxations will not help attract additional dollar inflows into domestic debt instruments.

What about the impact on external commercial borrowings? Indian firms (both public and private) have been raising foreign currency-denominated funds from overseas markets via ECBs, which constitute nearly 30 percent of India’s external debt. ECBs also represent the greatest proportion of total debt service payments. Almost 80 percent of the ECBs are denominated in US dollars, with 5 percent each in euro and Japanese yen, making them highly vulnerable to the rupee-dollar exchange rate.

Taking advantage of record-low interest rates in the US and other advanced economies, Indian firms have borrowed large sums of money abroad over the past two years. However, in the current environment of rapid rate hikes by major global central banks, not many Indian firms would be willing to borrow due to rising funding costs.

In addition, hedging costs to cover currency risks have spiked in recent months, making foreign currency borrowings from overseas even more expensive. The problem is that many Indian firms do not fully hedge their forex exposure to save on borrowing costs. When the rupee gets weaker, unhedged ECBs can not only leave big holes in corporate balance sheets because of higher debt servicing costs but can also pose a risk to financial stability in extreme situations.

According to the RBI’s latest Financial Stability Report (June 2022), $79 billion (44 percent) of the total $179 billion of outstanding ECBs were unhedged. However, the RBI governor recently clarified that only a small portion of the total outstanding ECBs are unhedged, as most public and private sector borrowers have assets with a natural hedge character. To quantify hedging positions, the RBI should provide estimates on natural hedges as well as exact data on unhedged ECBs. In a recent working paper, the RBI estimated that the optimal hedge ratio (either financial or natural hedge) at a system level is 63 percent for periods of high volatility in the forex market.

Nonetheless, from a financial stability perspective, it is high time that the RBI made currency risk hedging mandatory for all firms seeking external commercial borrowings under the automatic route. In particular, foreign currency borrowings by non-banking finance companies (shadow banking system) should be closely monitored. As the RBI’s Financial Stability Report pointed out, non-banking finance companies do not have strict regulatory requirements for liquidity buffers, nor do they have access to central bank liquidity in crisis situations. A sharp rupee depreciation against the US dollar could adversely impact their earnings and balance sheets.

What about the impact of relaxed norms on Foreign Currency Non-Resident (FCNR) deposits related to NRIs? At best, Indian banks could offer higher interest rates of up to 100 basis points, which is still not attractive enough to lure billions of dollars in FCRN deposits from an estimated 25 million NRIs worldwide. Also, NRIs should not be expected to invest in rupee-denominated bonds or deposits that carry currency risk in a spirit of patriotism. As has been observed several times since the 1990s, NRIs seek a premium to part with their wealth.

At the Bank of Baroda’s Annual Banking Conference on July 22, RBI Governor Shaktikanta Das stated that all options are on the table. But so far, the RBI has refrained from introducing new capital controls, which are a useful component of the policy toolkit to handle capital outflows.

What if large capital outflows continue over the next two quarters? One should also remember that apart from the net outflows by FPIs from equity markets, a large chunk of India’s external debt is maturing this calendar year, adding pressure to the external account. In such a situation, the RBI should not hesitate to deploy a wide range of capital controls targeting FPI investments. As discussed elsewhere by the author, an exit tax with clearly defined schedules and rules could be worth considering. The RBI could also deploy some quantity-based controls to slow the pace of capital outflows from domestic financial markets.

If sustained outflows persist, the RBI could also impose restrictions on outward direct investments by domestic companies and outward remittances by residents. A ban on proprietary trading in currency futures and limits on open positions could also be imposed on banks and other financial players to curb speculative trading in currency derivatives, similar to what the RBI did during the ‘taper tantrum’ of 2013.

What if large outflows continue in the next fiscal year? One option for India would be to seek a dollar swap line with the Federal Reserve. India already has a bilateral swap arrangement with Japan worth up to US$75 billion. India is also a member of the BRICS Contingency Reserve Agreement (BCRA), which aims to provide short-term liquidity support to the members through currency swaps to overcome dollar shortages. Although untested, the CRA was established in 2015 with a collective pool of US $100 billion reserves to provide liquidity support in times of dollar shortages.

To conclude, the sell-off by FPIs in the Indian markets is far from over. The rate hike cycle and quantitative tightening in the US and other advanced economies have just begun. In such a global scenario, foreign portfolio investors are unlikely to rush back to Indian markets in a rush. We advise Indian policymakers to hope for the best but prepare for the worst, given the grim global economic environment.