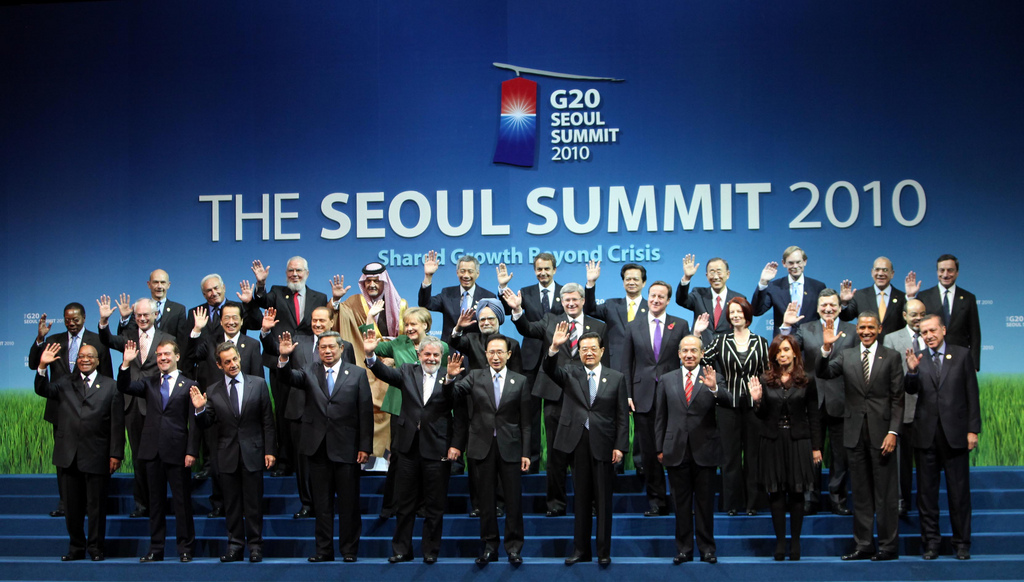 Leaders of the G20 will meet in Seoul on Nov. 11 and 12 to discuss a myriad of issues concerning global financial stability and economic recovery. In many ways, the G20 Seoul Summit is significant because for the first time it is hosted by a non-G8 nation and one in Asia too. The two-day Seoul summit covers an expansive agenda, ranging from global safety nets to new rules on bank capital and liquidity requirements to reforming the International Monetary Fund (IMF).

It remains to be seen how much of this agenda could be accomplished given the sharp differences among G20 member countries on key issues. The summit is likely to be overshadowed by the ongoing “currency war.” Despite an initial understanding reached at G20 finance ministers’ meeting at Gyeongju, disagreements on currencies have widened among members with the announcement of a $600 billion injection plan by the U.S. Federal Reserve on Nov. 3.

It appears that the U.S. has either underestimated or ignored the potential impact of $600 billion plan of buying government long-term bonds on the exchange rates globally.

Several G20 nations including China, Brazil and South Korea have expressed serious concerns that this move may flood their financial markets with new money leading to asset price bubbles and higher inflation.

With interest rates near-zero in several developed economies such as U.S. and Japan, investors have started pumping money into emerging markets in search of higher yields.

The potential costs associated with putting new liquidity into the global economy should not be underestimated and therefore emerging markets should adopt a cautious approach toward such capital inflows.

In the absence of any international agreement or coordination, emerging markets will have to resort to capital controls to regulate potentially destabilizing capital inflows which could pose a threat to their economies and financial systems.

Post-crisis, there is a renewed interest in capital controls as a policy response to curb “hot money” inflows. It is increasingly being accepted in policy circles that due to the limited effectiveness of other measures (such as higher international reserves) capital controls could insulate the domestic economy from volatile capital flows.

South Korea is also contemplating the reintroduction of tax on foreign purchases of Korean bonds. In the coming months, more and more countries may opt for capital controls to protect their economies from volatile flows.

Although most mainstream economic theories suggest that capital controls are distortionary, rent-seeking and ineffective, several successful economies (from South Korea to Brazil) have used them in the past.

An overarching objective of capital controls is to bring both domestic and global finance under regulation and some degree of social control. Even the IMF these days endorses the use of capital controls, albeit temporarily, and subject to exceptional circumstances.

In the present uncertain times, imposition of capital controls becomes imperative since the regulatory mechanisms to deal with capital flows are national whereas the capital flows operate on a global scale.

Yet, capital controls alone cannot fix all the ills plaguing the present-day global financial system. Rather they should be used in conjunction with other regulatory measures to maintain financial and macroeconomic stability.

Surprisingly, the issue of capital controls has never been under discussion at G20 despite many member countries (from South Korea to India to Brazil) currently using a variety of such controls.

Given its long history of successfully using capital controls in conjunction with other policy measures, South Korea should take a lead in putting this substantive issue on the agenda of G20. Other member nations such as China, India and Brazil could support this policy
initiative.