Why the WTO’s Claims on Addressing Climate Change are Unfounded 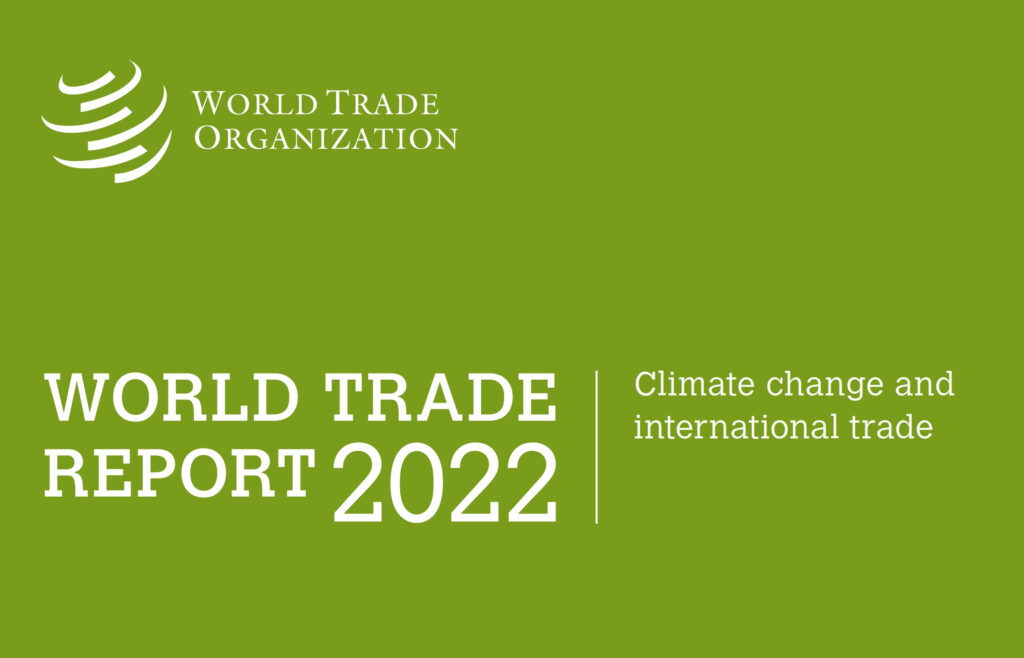 On the eve of the 27th Conference of the Parties of the UN Framework Convention on Climate Change (UNFCCC) that took place in Egypt last month, the World Trade Organization (WTO) released a report titled, “The World Trade Report 2022: Climate Change and International Trade”, highlighting the importance of global trade rules for arresting global warming.

Coincidentally, three decades back, WTO’s predecessor organisation, the General Agreement on Tariffs and Trade (GATT) had done likewise to showcase the relevance of trade rules for protecting the environment when the United Nations Conference on Environment and Development (UNCED), or the “Earth Summit”, was drawing up a comprehensive set of environmental regulations. The UNCED had unveiled “Agenda 21”, an expansive plan for environmental governance that required every country to undertake economic and social development in a sustainable manner. The UNFCCC is the outcome of one of the several decisions taken at the conclusion of the “Earth Summit”, and is among the several multilateral environmental agreements (MEAs) that are in place.

One of the major objectives of the UNCED was to introduce restrictions/regulations necessary to protect environmental resources. These regulations ensured these such resources are not freely available and that the users would pay a price for accessing them. The new regime was expected to end the over-exploitation of these resources. For example, the UNFCCC includes the “polluter pays principle”, implying that every signatory to the Convention occupying the carbon space must take steps to limit earth’s temperature from exceeding 1.5 degrees Celsius as compared to pre-industrial levels, by 2050.

Many would wonder how the WTO, as did the GATT then, argued its case for the application of global trade rules for protecting the environment when the raison d’être of these rules is to deregulate markets, allowing market forces untrammelled access to the world’s resources, including environmental resources. Votaries of free trade have generally argued that trade openness is a magic bullet and that once an economy is freed from all distortions (read “regulations”) there would be an all-round improvement, including the promotion of goods and services that are environmentally friendly.

The GATT/WTO are not generally supportive of trade measures introduced for environmental protection since impediments to the free flow of trade are generally deemed to be harmful to the environment. The multilateral trading system encourages the use of its limited set of rules to protect the environment, which are essentially two provisions. The first allows the use of trade restrictions “necessary to protect human, animal or plant life or health” and the second, for “conservation of exhaustible natural resources”.

Although the intent of the GATT/WTO is that any form of trade restriction that its members use, including for environmental purposes, must be in conformity with its rules, concerns that free trade was responsible for environmental degradation in several areas, changed the discourse to a significant extent. With the sudden spurt in global trade in the post-World War II decades, its impact on environmental resources began to be felt.

Among the several MEAs that include specific trade obligations (STOs) is the Convention on International Trade in Endangered Species of Wild Fauna and Flora (CITES), which played a key role in restricting the ivory trade from Africa, besides preventing the extinction of several critically endangered species. The Montreal Protocol for the Protection of the Ozone Layer also banned trade in ozone-depleting substances. WTO Members were mandated to negotiate on the relationship between existing WTO rules and STOs of the MEAs to enhance their mutual supportiveness, but these negotiations have remained inconclusive for the past two decades.

In the absence of proper appreciation on the part of the WTO for the need to fulfil the objectives of MEAs, the former has been trumpeting the importance of its own rules for protecting the environment. This is also the substance of WTO’s latest report on “Climate change and international trade”.

The report makes several claims that WTO rules are furthering the objectives of UNFCCC, but many of these are unfounded.

The first claim is that “well-functioning markets are important to address climate-related food security challenges” and that WTO’s Agreement on Agriculture (AoA), particularly its rules on production-related subsidies (or, domestic subsidies) are improving the functioning of the markets. The reality is that the advanced countries liberally subside their resource-intensive agricultural practices, making excessive use of fossil fuels, to produce largely for the export market. Thus, besides being environmentally damaging, advanced country agriculture has also been squeezing out farmer-centric agriculture in developing countries.

A second claim made in the WTO report is that the cost of solar panel systems has plummeted in the last three decades, largely due to scale economies, made possible in part by international trade and production networks. In other words, trade liberalisation via the WTO rules has made solar energy more affordable. However, India’s push for promoting solar power projects provides a counterfactual.

While promoting the Jawaharlal Nehru National Solar Mission in 2010-11, the Government of India had included a condition that solar power developers must purchase and use solar cells and solar modules of domestic origin. This was intended to ramp up domestic production of cells and modules and to lower the cost of production, since the National Solar Mission had set ambitious targets for increasing solar energy, which would have required large-scale production, giving rise to benefits from scale economies. However, the United States initiated a dispute against India, arguing that its policy was against the WTO rules of free trade. India lost the case in the WTO, making it a large importer of solar panels, and dependent on China to boot.