Why India Should Rethink Its Approach to RCEP Negotiations 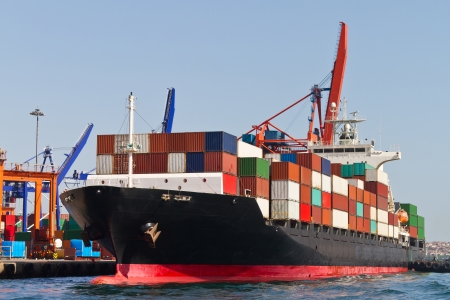 The 19th round of negotiations for Regional Comprehensive Economic Partnership (RCEP) will be hosted by India in Hyderabad from 18-28 July 2017. About 700 officials from 16 member-countries of RCEP would gather at the Hyderabad International Convention Centre to thrash out new rules for cross-border trade and investment with the aim of deepening regional economic integration.

The RCEP is a proposed mega regional trade pact being negotiated between ASEAN and their 6 FTA partner-countries (Australia, China, India, Japan, South Korea and New Zealand) since 2012. It covers a wide range of issues including trade in goods, trade in services, investment, intellectual property rights, competition policy, dispute settlement and economic and technical cooperation.

If accomplished, RCEP would create the largest free trade bloc in the world, covering 45 percent of the world’s population with a combined GDP of US$22 trillion and accounting for 40 percent of global trade.

After the US withdrawal from the Trans-Pacific Partnership (TPP), the RCEP remains the next best hope for Japan, Australia and New Zealand and therefore these countries are re-doubling efforts to swiftly conclude the negotiations by 2017. However, the RCEP faces significant challenges on several policy fronts and therefore the negotiations are unlikely to be concluded this year. So far, negotiations on only two chapters (economic and technical cooperation; small and medium enterprises) have been concluded while negotiations on several important chapters such as services, intellectual property rights and investment are still in progress.

For India, RCEP would be, by far, its biggest FTA and the country may have to offer deeper commitments in than already made under its existing FTAs with ASEAN, Malaysia, Singapore, South Korea and Japan. India has an offensive interest in seeking greater liberalization of trade in the IT and IT-enabled services (ITES) due to its globally competitive IT sector while it has defensive interests in manufactured goods (except pharmaceuticals and textiles) and agriculture commodities.

Despite recent efforts to boost good industries, the manufacturing sector is still the Achilles’ heel of the Indian economy. In contrast, RCEP countries like China, South Korea and Japan are export powerhouses in manufactured goods and have strong offensive interests in opening up the goods market of India. Likewise, Australia and New Zealand are pressing for lower tariffs to gain greater market access in India’s food, wine and dairy sectors.

Even the proponents who view RCEP as an opportunity for Indian economy to be globally competitive do acknowledge that the fear of being swamped by cheaper imports is real and the RCEP could negatively affect the livelihoods of small producers and workers if safeguard measures are not adequately incorporated in the proposed pact.

The Indian manufacturers are deeply pessimistic about what might lie ahead once the tariff and non-tariff trade barriers are removed under the RCEP. In particular, they are concerned over the flood of cheaper Chinese goods in Indian markets. Currently there is no free trade agreement between India and China but signing the RCEP pact is viewed as signing an FTA with China. Their apprehensions are not without basis if you look at the rapidly increasing imports from China in recent years. While China is India’s largest trading partner, China’s exports have been growing at a much faster pace than India’s. With a bilateral trade of $71.2 billion in 2015, India’s exports to China were merely $9.6 billion while imports were $61.5 billion. Almost everyone recognizes that a trade deficit of $51.8 billion with China is unsustainable.

Further, India’s exports to China primarily consist of raw materials such as iron ore, metals and cotton while China exports to India are dominated by finished manufactured products such as mobile phones and electrical machinery. India has frequently used anti-dumping duties, safeguard duties and other countervailing measures to protect the domestic industry from unfairly low-priced imports from China. During 1994-2014, there were 134 cases where India imposed anti-dumping duties on goods from China.

Joining RCEP also entails significant tax revenue loss as India imposes higher MFN applied tariff rates (on both manufactured goods and agricultural products) in comparison to other RCEP nations. According to Mint, commerce ministry officials have estimated that the potential tax revenue loss from joining RCEP could be around 1.6 percent of country’s GDP.

Another contentious issue currently under RCEP negotiations is the incorporation of Investor-State Dispute Settlement mechanism which would allow foreign investors from member-states to bypass domestic courts of host states and sue a host state through international arbitration proceedings. Japan and South Korea are keen to pursue a more traditional approach on ISDS while India would like to follow a more cautious approach based on public policy protection and broad exceptions as the country is facing a slew of arbitration suits under previously signed bilateral investment treaties.

India should strive for a balanced outcome in all areas of negotiations (goods, services, and investment) based on single undertaking and therefore should not rush through negotiations. India’s main interests lie in services trade but other member-countries of RCEP are unwilling to give greater market access to services provider from India.

India has already shown flexibility on trade in goods by dropping its three-tiered approach on tariff liberalization on the expectation that it would receive better offers on services from member-countries of RCEP. Despite this move, Philippines and other ASEAN member-countries are reluctant to liberalize the free movement of professionals (under Mode 4 of the GATS) to provide services.

As no substantive progress in services negotiations is taking place and there is a yawning gap between India and other member-countries on investment protection measures, it is high time that India should reconsider its approach towards the RCEP. All possible options should be thoughtfully explored. Heavens are not going to fall if India decides to opt out of RCEP negotiations. No deal is better than a bad deal. After all, India has already signed or planning to have free trade agreements with all RCEP member-countries except China.

There is no denying that by being not part of RCEP, India may incur losses on account of trade diversion. But joining this mega pact without tangible benefits is an expensive proposition as the proposed pact would entail real and substantial economic costs. The threat of millions of Indian farmers, workers and self-employed entrepreneurs losing their jobs and livelihoods due to cheaper imports from RCEP member-countries cannot be underestimated. Close to 93 percent of India’s workforce is in informal sector. Unlike Australia, Japan and New Zealand, India lacks a comprehensive social safety net to fall back on.

The key point is that India should engage with RCEP and other FTAs on its own terms. What has to be kept in mind is the real economic costs and benefits rather than elusive geo-political gains as fantasized by the previous UPA government.

At the same time, the other RCEP member-countries should realize that FTAs lack popular support across the world and only a modest agenda based on diverse circumstances of the negotiating countries should be pursued for a mutually beneficial outcome.

As I have noted elsewhere, India’s recent experience of FTAs with Japan, South Korea and ASEAN countries has not been very positive. These FTAs have have not resulted in more balanced and mutually beneficial trade. Post-FTA, bilateral trade volumes have increased but imports from partner countries have increased at a faster pace than India’s exports with partners. Due to its relatively higher tariff regime, India had to reduce tariffs much more than partner countries. Take the case of India-ASEAN FTA. Post-FTA, India’s imports from ASEAN rose by 79 percent while exports grew by 39 percent.

Despite India’s active FTA policy, Indian exporters have not been able to achieve greater benefits from existing FTAs due to low awareness and cumbersome rules. According to the estimates of Asian Development Bank, utilization rate of India’s FTAs varies between 5 and 25 percent – one of the lowest in the region.

As far as services sector is concerned, India was unable to secure greater market access in its trade pact with ASEAN. In the case of bilateral trade agreements with South Korea, Japan, Malaysia and Singapore where India successfully negotiated the Mutual Recognition Agreements (MRAs) – aimed at facilitating movement of IT and other service professionals – anticipated gains have not yet materialized because of poor enforcement of MRAs.

In the present global context, the chances of India becoming an economic powerhouse through exports are very slim. It is not easy to increase exports when the global demand is sluggish. Already there are strong protectionist sentiments against India’s software and services exports industry in key markets.

Due to weakening of external demand and growing protectionist sentiments around the world, India will have to pay greater attention to boost the domestic demand in the short and medium-term. Before expanding global footprint through FTAs, India must put its own house in order by strengthening the domestic productive capacities and mobilizing resources to improve the physical and social infrastructure.

While remaining committed to multilateral trading system, there will be plenty of opportunities for India to engage with RCEP and other FTAs at a later time. After all, the final game plan is to have both RCEP and TTP subsumed into a larger Free Trade Area of the Asia-Pacific (FTAAP) planned under the auspices of the APEC. Hence, India needs to develop a comprehensive new approach towards FTAs combining long-term vision with a short-and medium-term strategy that can easily adapt to changing global economic conditions.

Dear Commerce and Industry Minister, are you listening?