Why India Needs to Tweak its FDI Rules 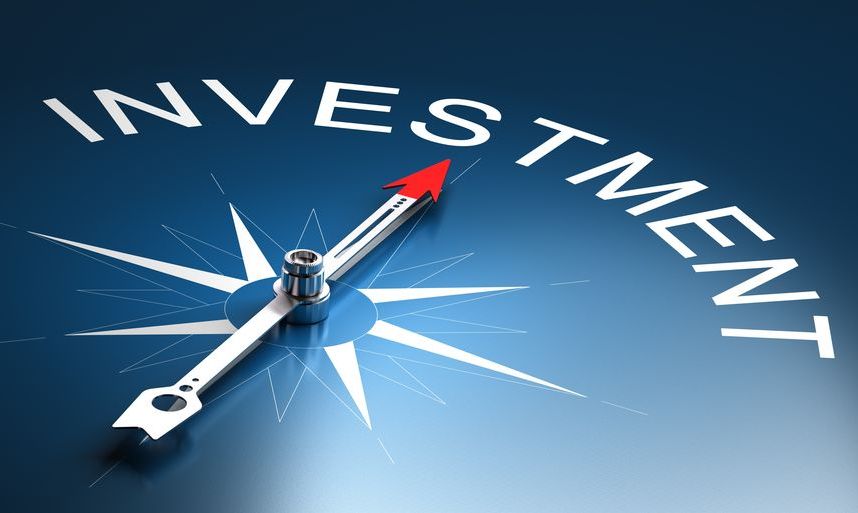 Reactions have come in from different quarters after the Indian Government introduced new screening rules for foreign direct investment (FDI) last month. The latest Press Note on FDI (Press Note 3, 2020) has made government approval mandatory for all foreign investments from countries with which India shares a land border. Approval has been made mandatory also for cases where the beneficial or ultimate owner of an investment into India is situated in or is a citizen of any such country. This has been aimed at preventing bargain takeovers of distressed Indian companies during the coronavirus outbreak.

India has traditionally adopted two entry routes for FDI – the approval route and the automatic route. As the country has gone about FDI liberalisation for nearly three decades as a goal in itself rather than as a policy tool, the vast majority of India’s FDI inflows have been allowed over the years through the automatic route without any screening. Exceptions were investments from Pakistan and Bangladesh which have to go through the approval route. The recent amendment has extended this to all other countries sharing a land border with India, without any retrospective implementation. Existing foreign companies will come under the ambit of the new rule only when any transfer of ownership of an existing Indian entity, or future FDI in an Indian entity causes ultimate ownership to fall under the new category, directly or indirectly.

Widely seen as targeted at Chinese investments, China lost no time to call it a measure incompatible with India’s WTO and G20 commitments. This has now led the Indian government to clarify that they will fast track the approval process for any investment proposal from her neighbouring countries (including China) if they are in non-sensitive sectors and provided the stake being bought is not significant.

It must be noted that a re-working of India’s FDI Rules has been pending for some time. Highlighting the significantly low-value addition done in India, the government’s 2017 Industrial Policy Discussion Paper had acknowledged that there have been minimal positive externalities from FDI. It had explicitly called for a review of the FDI rules, to ensure that FDI facilitates greater technology transfer, innovation, etc. Findings from several in-depth studies of foreign-invested manufacturing firms carried out at the Institute for Studies in Industrial Development (ISID) have raised significant questions about the quality of FDI in Indian manufacturing after three decades of liberalization and the net foreign exchange outflows from foreign-invested firms, due to the lack of coherence in FDI policies and industrial development objectives, including Make in India.

Traditionally, nearly all governments have used screening procedures like registration, licensing, or approval processes for monitoring and regulating the entry of FDI to meet their development objectives in specific sectors. As for China, despite liberalization, even its 2019 National Negative List contains 40 activities that are fully restricted and prohibited for FDI (which were only eight less than in 2018).

Apart from screening entry, countries have also traditionally used what are known as “performance requirements” on foreign investors. Performance requirements have been an integral part of the FDI regulatory framework in the late industrialisers of East Asia and the latecomers like China, Vietnam, etc., which have effectively utilised FDI for industrial upgrading.

No Investment Agreement in the WTO

It is important to understand that there is no agreement on investment per se at the WTO. This has been thanks to a long-fought and continuing battle by developing countries to resist harmonisation and “disciplining” of investment policies at different multilateral fora, to retain their sovereign right to regulate foreign investments.

On the other side, investment policies related to services come under the WTO’s General Agreement on Trade in Services (GATS) rules. However, only those FDI rules and only in the case of those services which a country committed to liberalise under GATS ‘Mode 3’ (the commercial presence of service providers from another country) are legally binding.

India’s commitments under Mode 3 are very conservative, with liberalisation committed in a few sectors like business services, communication services, financial services, etc.  In all these cases, the liberalisation of FDI was subject to limits on foreign equity participation or the number of foreign service providers, local incorporation requirements, etc. Overall, India’s binding commitments in services liberalisation at the WTO falls far short of the existing levels of FDI liberalisation in these sectors.

That is, the large majority of India’s earlier decisions to allow investments through the automatic route have been autonomous liberalization decisions. Its recent decision to bring back the screening of such investments through the government approval route is her sovereign right. The compatibility of the recent amendment with India’s WTO obligation for non-discriminatory treatment of foreign investors from different countries (in the GATS-covered sectors) does not seem to be an immediate concern, because of the WTO’s dis-functional dispute settlement mechanism.

FDI Screening Heats Up Across the World

It is also important to note that contrary to what some reactions to India’s FDI policy change would have us believe, concerns about the distress sale of companies during an economic downturn leading to foreign takeovers of strategic assets are neither new nor unique to India.

Even though GATS Article XIV (General Exceptions) might be interpreted to provide a narrow definition of “essential security interests”, the OECD acknowledges that special rules to safeguard essential security interests or other public concerns against risks stemming from foreign acquisitions and ownership are legitimate under international investment law. G20’s Guiding Principles for investment policymaking also reaffirms member governments’ right to regulate investment for legitimate public policy purposes. In fact, Australia and several EU countries have introduced new screening rules for all proposed foreign investments to prevent bargain takeovers of their weakened companies. This is in addition to the fact that they have enacted a series of measures to support their domestic companies’ liquidity and business continuity in the aftermath of the corona crisis.

As noted by UNCTAD’s latest Investment Policy Monitor, intensified screening of foreign investment for national security reasons has been instituted by countries such as Australia, Canada, Italy, and the EU, in the aftermath of the pandemic. Many of these aims specifically at safeguarding domestic capacities relating to health care, pharmaceuticals, medical supplies, and equipment, etc.

But several countries already had tightened their FDI screening even before the pandemic to be able to protect critical domestic industries. UNCTAD’s Investment Policy Monitor, December 2019 reported that between January 2011 and September 2019, 13 countries introduced new regulations for dedicated national security-related screening mechanisms for foreign investment, either across sectors or in specific sectors. Apart from individual EU countries and China itself, these include the Republic of Korea, the Russian Federation, South Africa, etc. In addition, at least 45 significant amendments to existing screening systems were recorded in 15 jurisdictions in this period. These also include G20 Members – France, Italy, and Japan, apart from the Russian Federation and South Africa.

Crucially, with data and digital intelligence becoming the key factor in the international competitiveness of companies, new national risks have been identified. FDI screening measures have thus been extended to advanced or network technologies, the access of foreign investors to sensitive data of domestic citizens, etc.

From the end-2018, the United States also extended the scope of foreign investment screening to mergers and acquisitions (M&As) of companies engaged in emerging and foundational technologies such as artificial intelligence, robotics, semiconductors, cloud computing, 5G, quantum technology, computing hardware, biotechnology, etc. Further, the US Foreign Investment Risk Review Modernization Act of 2018 requires screening of any investment in any American entity, which maintains or collects sensitive personal data of citizens that may be exploited. Strikingly, this screening is not restricted to only those that acquire a controlling stake.

With the accelerated transition of multiple sectors into the rapidly growing digital economy, it is high time for India too to review its FDI rules across sectors to incorporate such technological and data security-related concerns. The across-the-board FDI liberalization that was carried out by India means that foreign corporations have de facto control over the data they collect, in the absence of data protection laws. India has already experienced several negative consequences from unregulated FDI. These include net forex outflows from foreign-invested firms on account of royalties, income remittances and services payments, displacement of existing capabilities, etc. Foreign ownership in the digital era portends additional new development costs for the Indian economy and new national security risks, which were unanticipated in the earlier techno-economic regime.

It has been established that foreign digital corporations using platform-based and other digital business models have major tendencies for abuse of power through anti-competitive practices using their control over the extracted data through algorithms. M&As and other investments involving foreign companies, which give them beneficial access to Indian citizens’ sensitive data, will jeopardize the country’s struggle to advance its national innovation ecosystem around digital technologies, and the growth of small and medium enterprises (SMEs) and employment. Much of the ability of the SME sector to link beneficially with new digitally transformed value chains will depend on data not becoming the proprietary asset of any firm. Without the latter, the maximum share of the revenue generated in the digital economy will flow to the proprietary owners of digital platforms and applications. Lack of scrutiny of FDI inflows will also lead to the acquisition of our innovative start-ups and other technologically advanced firms that are under distress now.

How to Respond to COVID-19

As India stares at the economic devastation caused by the unprecedented dual shocks of supply disruptions and demand collapse due to the COVID-19 pandemic, companies are of course in dire need of capital. That is precisely why there have been urgent pleas for a bold, very large stimulus from the government.

For preserving jobs and wages and for ensuring the survival of as many firms as possible, the government must immediately consider full wage subsidies, tax waivers, standstill on loan servicing, clearance of all outstanding payments, expedition of tax refunds, etc. in particular to all SMEs.

For the large corporate sector, all government aid related to COVID-19 must be conditional on appropriate criteria to ensure that public money does not flow out. Further, like Denmark announced, companies registered in tax havens and those that pay out dividends or buy back their own shares, must definitely not be eligible for any government rescue/support.

The Need for Enhanced Transparency

Continuing to welcome FDI without qualifications, in the name of ensuring the “survival” of companies and “protection” of employment in this time of economic distress, will cause further displacement of the domestic capabilities that exist in the country. This will not only serve to push India deeper into the foreign dependency trap but will also lead to dire consequences for our sovereignty and security in this digital age.

What the country must do is to strengthen the transparency of its FDI screening mechanism. For this, India should extend the new rule for screening FDI to foreign investments from all countries, and define screening criteria strategically, as other G20 countries have done.

Smitha Francis is a Consultant at the Institute for Studies in Industrial Development (ISID), New Delhi.