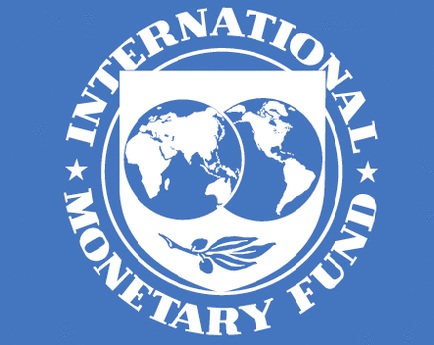 Last week, Kristalina Georgieva, the managing director of the International Monetary Fund, announced that the IMF is rethinking and updating its policy advice to emerging markets with an improved new integrated policy framework. In an op-ed piece in Financial Times (February 19), she wrote: “We are rethinking and updating our advice to member countries. Our goal is to provide country-specific advice on the appropriate mix of policies needed to preserve growth and financial stability. Our new “integrated policy framework” will reassess the costs and benefits of four tools — monetary policy, macroprudential policy, exchange rate interventions and capital flow measures — to help stabilise economies exposed to domestic and external shocks. Importantly, the “integrated” aspect of the new framework will capture how these tools interact with each other and with country circumstances.”

One wonders why it took so many years for the IMF to rethink its policy framework even though the 2008 global financial crisis provided all the necessary conditions to revisit its conventional wisdom on these policy matters. Nevertheless, the recognition by the IMF leadership that its policy advice to emerging markets needs a rethink, in principle, is a welcome development.

Here are my five suggestions for the kind consideration of the IMF to develop a coherent policy framework.

First, the new framework should not be limited to emerging market economies (EMEs) only as nowadays advanced economies, especially in the eurozone, are also vulnerable to a variety of common external shocks. For instance, the coronavirus outbreak is rattling financial markets in both emerging and advanced economies, amid concerns that it will pose serious risks to an already fragile global economic recovery.

There is no denying that EME policymakers should adopt sound domestic policies and improve macroeconomic fundamentals, but it may not be sufficient to withstand financial shocks that EMEs have recently experienced from spillovers of monetary policy normalization in the US and other advanced economies. Hence, the IMF should give due attention to supply-side factors of volatile capital flows.

As financial risks are expected to amplify in the coming months, the challenge lies in developing a collective response to manage policy spillovers and spillbacks. In this regard, the IMF can play a leading role in identifying new financial risks and encouraging member-countries to manage risks collectively.

Second, the IMF can learn from the experiences of its member-countries (such as Malaysia, India, and Brazil) that have often deployed a mix of unorthodox policy instruments to deal with a variety of external shocks. Such policy instruments include capital controls on both inflows and outflows, macroprudential measures, interventions in foreign exchange markets, and countercyclical fiscal policies, amongst others.

Third, more specifically, the IMF should update its 2012 Institutional View that endorses capital controls as a last resort, imposed selectively on capital inflows, and on a temporary basis. As I noted elsewhere,  the IMF should adopt a more flexible approach towards capital controls and support member countries with all the policy options needed to safeguard financial stability threatened by volatile capital flows.

What should EME policymakers do in the face of “sudden stops” or reversals in foreign capital inflows? In the short run, policymakers should proactively enforce capital controls to stem the risks of rapid capital outflows. In parallel, they should also impose macroprudential policy measures (including caps on foreign currency lending, credit controls, and countercyclical capital requirements) for maintaining financial stability and adequate liquidity to sustain the growth momentum.

At the very least, the IMF can immensely help in removing the deeply rooted stigma attached to capital controls by recognizing them as a legitimate tool of macroeconomic policy.

Moreover, the IMF should encourage member-countries to concentrate more on attracting long-term capital flows that improve the country’s productive capacity through the transfer of technology and managerial know-how, rather than short-term volatile capital flows (such as bank lending and portfolio investments) that are prone to abrupt reversals.

A Complete Rethink on CAL

Even though the IMF has no formal jurisdiction over members’ capital account policies, it has not stopped the Fund to advise member-countries on how to manage the capital account. In the past, the IMF has given policy advice encouraging capital account liberalization with seldom emphasis on the pace and sequencing of liberalization. In its 2015 Report titled, The IMF’s Approach to Capital Account Liberalization: Revisiting the 2005 IEO Evaluation, the Fund’s Independent Evaluation Office identified “27 countries in which one or more Fund missions expressed a view or provided advice (including technical assistance) on the removal of capital account restrictions during 2006–14.”

What is needed is a total policy rethink (not piecemeal tinkering) on capital account liberalization that has made EMEs highly vulnerable to excessive boom-bust nature of global capital flows.

Fourth, Ms Georgieva rightly points out that “while emerging markets are deeply integrated in global trade, their trade is disproportionately invoiced in dollars and consequently flexible exchange rates provide limited insulation.” In this regard, the IMF could explore many policy options, including the possibility of using national currencies in bilateral trade arrangements to reduce exchange rate risks.

India, for instance, successfully worked out rupee trade arrangements with Nepal, Russia, and Iran in the past to overcome foreign exchange shortages as well as the US sanctions. Such bilateral arrangements can be handy for emerging markets not merely to minimize the impact of exchange rate fluctuations but also to increase non-dollar invoicing in foreign trade in the long run.

Finally, we expect the IMF to consult and seek inputs from a broad range of external stakeholders, bringing different perspectives to the issues under consideration so as to tackle a culture of “groupthink” and “intellectual capture” as noted by its Independent Evaluation Office not long ago.

Ms Georgieva, we will be watching these developments closely.

Image courtesy of the IMF