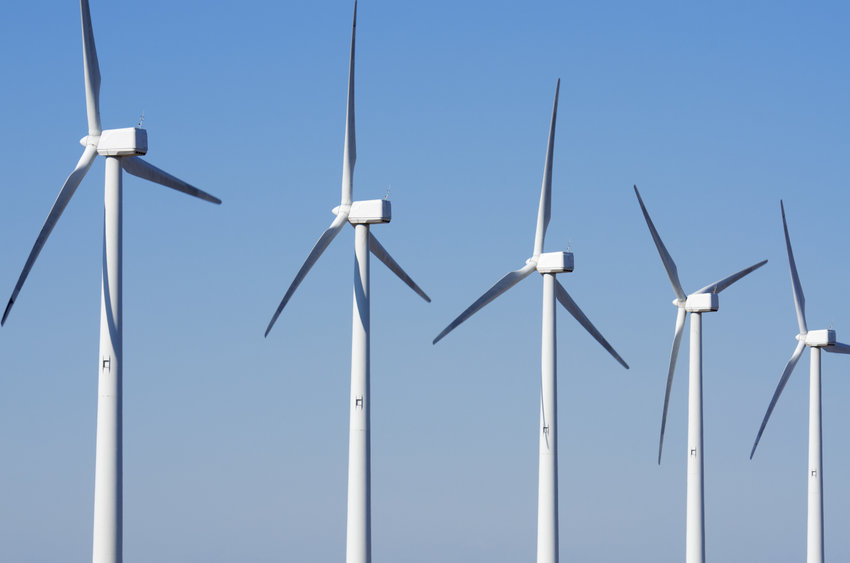 In her Union Budget 2022 speech on February 1, Finance Minister Nirmala Sitharaman announced the issuance of sovereign green bonds during the upcoming fiscal year. “As a part of the government’s overall market borrowings in 2022-23, sovereign green bonds will be issued for mobilizing resources for green infrastructure. The proceeds will be deployed in public sector projects which help in reducing the carbon intensity of the economy,” Ms. Sitharaman stated. Several Indian non-financial corporations have issued a variety of green bonds in recent years, but this will be the country’s first sovereign green bond issuance.

At the time of writing, additional information about proposed sovereign green bonds was not publicly available, making it impossible to comment on their features and objectives. At the conceptual level, sovereign green bonds can assist India and other developing countries in raising financial resources to meet their Nationally Determined Contribution (NDC) commitments under the Paris Agreement in addition to achieving the Sustainable Development Goals (SDGs) targets. In the Indian context, sovereign green bonds could potentially mobilize additional financial resources to support India’s commitment at COP-26 to achieve net-zero carbon emissions by 2070. At this conference, India also committed to sourcing 50 percent of its energy demand from renewable sources by 2030.

Since implementing these commitments requires significant financial mobilization, governments are increasingly turning to financial markets to finance the transition to a low-carbon economy. Despite the lofty goals of sovereign green bonds, obstacles to their design, labeling, implementation, and effectiveness continue to exist.

What is a Green Bond?

A green bond is similar to a regular bond issued by national governments, banks, private corporations, and municipalities, except that the proceeds from green bonds are used exclusively to finance projects that positively impact the environment.

Green bonds can be used to finance new or existing projects that benefit the environment. This could include projects related to renewable energy, green infrastructure, clean transportation, and sustainable water management.

The Growing Allure of Green Bonds

The global green bond market has been steadily growing since its inception in 2007, with significant issuance by private entities. According to projections made by Moody’s, the total volume of sustainable debt instruments will reach $1.35 trillion in 2022 (up from $960 billion in 2021), with green bonds alone accounting for $775 bn.

In the case of advanced economies, sub-sovereigns (local states and municipalities) have also turned to green bonds for financing projects related to renewable energy and low-carbon public transport. In recent years, the Australian state of Victoria, Germany’s North-Rhine Westphalia, and California are all notable examples of sub-sovereign level green bonds issuance.

Numerous factors have contributed to an increasing number of countries launching or expressing interest in green sovereign bond issuances. One critical factor is the urgency with which governments worldwide recognize the negative economic consequences of climate change and the benefits of a low-carbon economy. Extreme climate events are becoming more frequent and severe throughout the world, which is driving up the need for climate adaptation and resilience financing.

Secondly, global green initiatives such as the Paris Agreement and the United Nations Sustainable Development Goals have encouraged governments to fund green projects consistent with their international commitments. With an increasing number of governments and private entities committing to net-zero emissions, no wonder the market for green bonds is booming. According to the International Energy Agency’s World Energy Outlook 2021, nearly $4 trillion in clean energy investment will be required to meet the Paris Agreement’s commitment to limit the global temperature increase to 1.5 degrees Celsius. With the prospect of no significant rise in official development assistance in the coming years, developing governments are viewing green bonds and other sustainable debt instruments as a possible source of financing green public projects that support an accelerated transition to a green economy.

Thirdly, developed countries are falling short of providing substantial financial assistance (in the form of grants and development assistance) to developing countries in their efforts to address climate change. The rich countries have not delivered on the promise to provide $100 bn a year by 2020 to help poor countries to adapt to climate change and mitigate its effects. Apart from quantity, the quality of financial support from developed countries is critical, as grants account for a relatively small portion of financial assistance available to developing countries. As a result, poor and developing countries turn to market instruments (such as green bonds) to raise funds for green asset creation, even though green bonds could be more expensive to issue than traditional bonds.

Fourthly, the ultra-loose monetary policies adopted by advanced economies have ushered a flood of cheap money into the global financial markets searching for higher yields. On top of that, responsible investing is gaining momentum in the advanced economies, with an increasing number of global funds investing explicitly in accordance with environmental, social, and governance (ESG) criteria. As a result, we see a surge in demand for green bonds, with institutional investors ranging from asset managers to insurers and pension funds eager to buy them. For instance, the EU’s €12 billion green bond was oversubscribed by more than 11 times, with demands exceeding €135 billion. Similarly, sovereign green bonds issued by Indonesia, Nigeria, and Lithuania were also oversubscribed.

Fifthly, since most poor and developing countries lack deep capital markets and a strong domestic institutional investor base, they are increasingly issuing green bonds in offshore markets to diversify their investor base and send a clear message about their commitment to a low-carbon economy.

Before issuing sovereign green bonds, India needs to develop a well-defined national green taxonomy that defines which activities and investments qualify as “green.” By defining “green” and establishing a consensus list of sustainable economic activities, a green taxonomy can determine which projects and activities should be eligible for funding from the proceeds of sovereign green bonds. A green taxonomy can aid in allocating funds to impactful green investments by easing the burden of investors in identifying public projects with material environmental benefits, thereby attracting more investments into such assets. It can also assist in tracking the bond proceeds and their use in environmentally beneficial projects within the broader context of sustainable development.

In numerous ways, a green taxonomy can also help address growing concerns in the global investment community about greenwashing — the practice of making false claims about a project’s or company’s green credentials that are not accurate.

The central government should spearhead the effort to construct a national green taxonomy, with active participation from states, local governments, community groups, and experts. An Indian green finance taxonomy should be tailored to the country’s circumstances and most pressing environmental challenges, drawing on insights from existing taxonomies developed by the EU, China, Mongolia, and Egypt. Given that not all green projects have the same beneficial effect on the environment, prioritization may be necessary. For example, projects that reduce pollution, reverse biodiversity loss, and develop clean energy sources could be considered high priority.

The taxonomy of green finance must be consistent with India’s NDC commitments, SDG targets, and other national environmental plans. Because environmental conditions and policies change over time and no taxonomy is perfect, efforts should be made to regularly review and update the national green taxonomy.

Interest rates are expected to rise globally in the coming months as the Federal Reserve and other central banks reverse their ultra-loose monetary policies. This would directly affect the coupon rate at which India would issue sovereign green bonds.

There is no information available at this time regarding whether these bonds would be issued in the domestic or international capital markets. Suppose the Finance Ministry chooses to issue sovereign green bonds in international markets. In that case, it should ensure that they are denominated in Indian rupees, as masala bonds were in 2014 and green masala bonds in 2015. By doing so, investors would bear the exchange rate risk on their investments in sovereign green bonds.

Second, cross-collaboration between various departments and ministries of the Indian government is critical for identifying eligible public projects for sovereign green bonds and monitoring the usage of bond proceeds. This could include the Finance Ministry and the Ministry of the Environment, Forests, and Climate Change, and more than a dozen other ministries, including coal, power, transport, agriculture, railways, and water resources. Given that individual ministries and departments often work in silos, cross-collaboration is a more difficult task than it appears. Additionally, improved coordination between central and state government agencies is required.

Third, as the nodal agency for sovereign green bonds, the Finance Ministry will have to develop detailed tracking and reporting mechanisms for the distribution of bond proceeds, including a list of the public projects financed and an explanation of how these projects fit into the country’s sustainable development framework.

Along with regular disclosures and reporting, an independent review and verification process would reassure investors that the proceeds are being used appropriately.

Finally, one must not lose sight of the big picture. The issuance of sovereign green bonds is a baby step toward directing private capital flows toward environmentally beneficial public projects. At best, sovereign green bonds could serve as a complement to other government efforts to combat climate change and build a low-carbon economy. Hence, such bonds should not be a substitute for policy and regulatory actions.

We must keep in mind that Germany overcame its numerous environmental problems in the past two decades not through the issuance of sovereign green bonds or other exotic financial instruments, but through strengthening policy frameworks and strict enforcement of environmental regulations. That is a lesson worth remembering as the world rushes to sovereign green bond issuances.