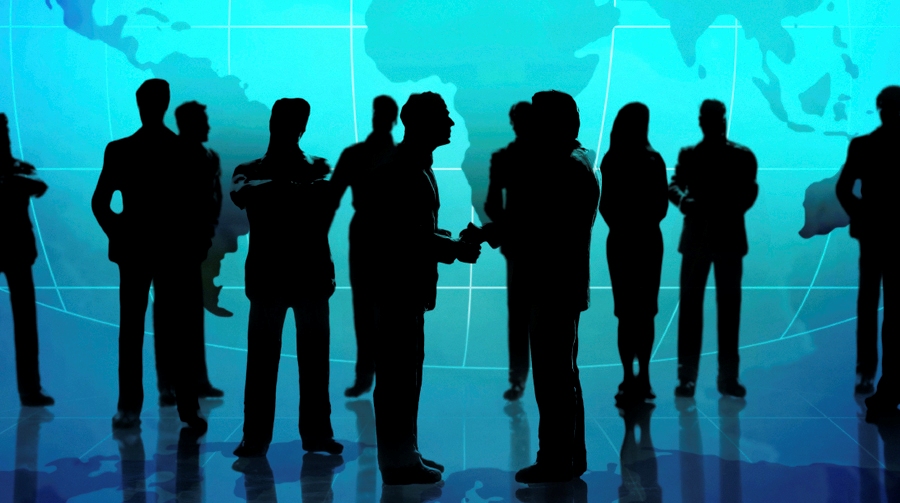 Prime Minister Manmohan Singh’s sermon on inclusive growth at an annual summit of the Confederation of Indian Industry (CII) evoked sharp reactions from the corporate world and media. Most comments were aimed at resisting the enforcement of a Ten-Point Social Charter spelt out by the Prime Minister through regulatory and legislative measures. “The government cannot legislate CEO salaries,” was industry’s common refrain. This is nothing but a complete misreading of the Social Charter because it nowhere hints at curbing excessive remuneration or eschewing conspicuous consumption through regulatory and legislative measures. And, to my mind, that is a big problem with the Social Charter. In fact, since 1991, successive governments have been weakening the regulatory mechanisms on corporations (for instance, removing curbs on CEOs salary compensation and reducing corporate taxes) and thereby, deliberately or otherwise, contributing to iniquitous growth.

Although there is nothing wrong per se with the contents of the Social Charter, the root problem lies with its method of implementation. The Charter is purely voluntary in nature, based on moral persuasion and self-regulation. It does not, for instance, recognise the need fora regulatory framework to bring big business under legal purview. No corporate entity can be held legally accountable if it violates the Social Charter. At best, corporations can be persuaded through public pressure to implement it. Nothing more.

The Origins of Codes

The Social Charter and similar initiatives undertaken by Indian big business in recent years have to be seen in the present international context where theglobalisation of trade and investment flows have led to the emergence of several codes of conduct. It is important to underscore that codes of conduct and other voluntary approaches did not emerge in a vacuum. Their appearance has to do with a change in the paradigm of how global capital should be governed.

The deregulation and ‘free market’ environment of the 1980s gave greater legitimacy to the self-regulation model embedded in the Anglo-Saxon business tradition. Many developed countries, particularly the US, encouraged transnational corporations (TNCs) to adopt voluntary measures rather than enact and enforce strict laws to govern their activities and behaviour. The argument against regulation was based on the belief that TNCs would undertake greater social and environmental responsibilities through voluntary measures.

In the late 1980s, campaigns launched by NGOs and consumer groups changed public perception of corporate behaviour significantly, which in turn facilitated the proliferation of voluntary initiatives. Investigations into popular consumer brands such as Nike and Levi’s brought to public notice some of the appalling working and environmental conditions in some of these companies’ overseas production sites.Realising that bad publicity could seriously damage corporate and brand reputations and that their products could face consumer boycotts, many corporations suddenly started adopting codes of conduct and other CSR measures.

Pressures generated by the ‘ethical’ investor community and other shareholders also contributed to the proliferation of voluntary measures. Given that there is often a considerable discrepancy between a corporation undertaking to follow a voluntary code and its actual business conduct (e.g., Nike), many critics argue that voluntary measures have become corporate public relations tools to create a positive corporate image.

In today’s competitive world to be seen as a responsible company adds significant value to a company’s business and reputation and helps it manage various risks. Thus, the growing popularity of voluntary measures in recent years have not ended debates on how to regulate TNC behaviour.

Broadly speaking, codes of conduct can be divided into five main types: specific company codes (for example, those adopted by Nike and Levi’s); business association codes (for instance, ICC’s Business Charter for Sustainable Development); multi-stakeholder codes (such as the Ethical Trading Initiative); inter-governmental codes (for example, the OECD Guidelines), and international framework agreements (such as the International Metalworkers’ Federation agreement with DaimlerChrysler).

Despite their diversity, most codes of conduct are concerned with working conditions and environmental issues. They tend to be concentrated in a few business sectors. Codes related to labour issues, for instance, are generally found in sectors where the consumer brand image is paramount, such as footwear, apparel, sports goods, toys and retail. Environmental codes are usually found in the chemicals, forestry, oil and mining sectors. Codes vary considerably in their scope and application.

Very few codes accept the corelabour standards prescribed by the International Labour Organisation (ILO). Although codes increasingly cover the company’s main suppliers, they tend not to include every link in the supply chain. Codes rarely include workers in the informal sector although they could form a critical link in the company’s supply chain. Only a small proportion of codes include provisions for independent monitoring.

Voluntary approaches have several inherent weaknesses and operational difficulties, some of which are summarised here.

First, as discussed above, corporate codes are purely voluntary, non-binding instruments. No corporation can be held legally accountable for violating them. The responsibility to implement the code rests entirely on the corporation. At best, corporations can be forced to implement codes only through moral persuasion and public pressure.

Second, despite being in existence for many years, the number of companies adopting such codes is still relatively small. Moreover, corporate codes are limited to a few sectors, particularly those in which brand names are important in corporate sales, such as garments, footwear, consumer goods and retailing businesses. A large number of other sectors remain outside the purview of corporate codes.

Third, many codes are still not universally binding on all the operations of a company, including its contractors, subsidiaries, suppliers, agents, and franchisees. Codes rarely encompass the workers in the informal sector, who could well be an important part of a company’s supply chain. Further, a company may implement only one type of code, for instance, an environmental one, while neglecting other important codes related to labour protection, health and safety.

Fourth, corporate codes are limited in scope and often set standards that are lower than existing national regulations. For instance, labour codes recognise the right to freedom of association but not the right to strike. In many countries, such as India, the right to strike is a legally recognised instrument.

Fifth, the mushrooming of voluntary codes in an era of deregulated business raises serious doubts about their efficacy. There is increasing concern that corporate codes are being misused to deflect public criticism of corporate activities and to reduce the demand for state regulation of corporations. In some cases, codes have actually worsened working conditions and the bargaining power of labour unions.

Moreover, increasing numbers of NGO-business partnerships established through corporate codes and CSR measures have created and widened divisions within the NGO community and sharpened differences between NGOs and labour unions.

Voluntary codes of conduct can never substitute state regulations. Nor can they substitute labour and community rights. At best, voluntary codes can complement state regulations and provide an opportunity to raise environmental, health, labour and other public interest issues. Implementation and monitoring of codes is problematic. Information about codes is generally not available to workers and consumers.

Researchers have found that labour codes have often been introduced in companies without the prior knowledge or consent of the workers for whom they are intended. A key issue regarding implementation is the independence of the monitoring body.

Since large auditing and consultancy firms usually carry out the monitoring of company codes with little transparency or public participation, whether the codes are actually being implemented or not remain a closely guarded secret.

Besides, auditing firms may not reveal damaging information since they get paid by the company being audited. Recent voluntary initiatives, such as Multi-Stakeholder Initiatives (MSIs), are considered more credible because NGOs and labour unions are involved as external monitors. But the authenticity of such monitoring cannot be guaranteed by the mere involvement of NGOs and civil society.

Researchers have found that the development of standards by some MSIs has taken place in a top-down manner without the involvement of workers at the grassroots level. For instance, concerns of workers in India and Bangladesh were not taken into account in the standards created by MSIs such as the Ethical Trading Initiative and Social Accountability International.

If recent experience is any guide, the struggle to implement codes could be frustrating, time-consuming, and ultimately futile. It dissipates any enthusiasm to struggle for regulatory controls on TNCs. This was evident in the case of the decade-long campaign in India on a national code to promote breast-feeding and restrict the marketing of baby food by TNCs along the lines of the WHO code. Therefore, voluntary codes require serious rethinking on the part of those who consider them as a cure-all to problems posed by corporations.

The unveiling of corporate scandals (from Worldcom to Enron to Parmalat) underlines the important role of strong regulatory measures. All these corporations were signatories to several international codes while some of them (for instance, Enron) had developed their own codes.

The proponents of neoliberal ideology argue that states should abdicate their legislative and enforcement responsibilities by handing them over to NGOs and civil society organisations which can then develop voluntary measures in collaboration with business.

Without undermining the relevance of such voluntary approaches, it cannot be denied that the primary responsibility of regulating the corporate behaviour of TNCs remains with nation states. It is difficult to envisage the regulation of TNCs without the active involvement of states. State regulations are the primary vehicle for local and national governments and international institutions to implement public policies.

National governments have the primary responsibility of protecting and improving the social and economic conditions of all citizens, particularly the poorer and most vulnerable. There is no denying that all states are not democratic and that supervisory mechanisms are often weak, particularly in developing countries. Despite these shortcomings, however, states remain formally accountable to their citizens, whereas corporations are accountable only to their shareholders.

The additional advantage of national regulatory measures is that they would be applicable to all companies, domestic or transnational, operating under a country’s jurisdiction, thereby maximizing welfare gains. It needs to be stressed here that a robust, transparent and efficient supervisory framework is also required to oversee the implementation of regulations. Otherwise expected gains from a strong regulatory framework will not materialise.

India provides a classic example of having a strong regulatory framework but poor supervisory structures. Voluntary measures such as the Social Charter can never be a substitute for state regulations. Nor can they substitute for labour and community rights. At best, voluntary measures can complement state regulations and provide space for raising environmental, health, labour and other public interest issues. It is in this wider regulatory context that the efficacy of voluntary initiatives (such as the Social Charter) in building inclusive growth needs to be questioned and debated.