Treaties that Gave Away the Store 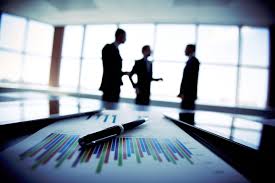 As India grapples with the Vodafone and 2G fallout, the Bilateral Investment Treaties it signed a few years ago are coming back to haunt it. On April 17, British telecom giant Vodafone issued a notice of dispute to the Indian government, as a first step towards launching investment arbitration proceedings under the India-Netherlands Bilateral Investment Treaty (BIT) signed in 1995.

The telecom company filed the notice through its Dutch subsidiary, Vodafone International Holdings BV, asking the Indian government to abandon or suitably amend the retrospective aspects of the proposed tax legislation under Finance Bill 2012 which allows tax authorities to reopen cases as far back as 1962. Vodafone has termed the retrospective tax proposals “denial of justice” and “a breach of the Indian government’s obligations” as they may allow the Indian authorities to collect Rs11,000 crore ($2.2 bn) in taxes over the company’s $11.2 bn acquisition of Hutchison Essar in 2007.

Vodafone’s notice is the latest in the growing line of cases where foreign investors are threatening to invoke international arbitration proceedings against India under the framework of BITs.

On February 28, Russian conglomerate Sistema sent a legal notice to the Republic of India threatening international arbitration proceedings under the India-Russia BIT (1994) if the government fails to settle the dispute related to revocation of its 21 telecom licences in an amicable way by August 28, 2012. The company claims that the cancellation of its licences by the Supreme Court is contrary to India’s obligations under BIT, including obligations to provide investments with full protection and security and obligations not to expropriate investments.

On February 2, the Supreme Court had ordered the cancellation of all 122 spectrum licences issued in January 2008 by the then Telecom Minister A. Raja. Out of these, 21 belonged to SSTL. In its judgment, the Supreme Court declared the allotment of spectrum “unconstitutional and arbitrary” and maintained that Mr. Raja “wanted to favour some companies at the cost of the public exchequer” and “virtually gifted away [an] important national asset.”

New Delhi has yet to respond to these legal notices. Meanwhile, a recent arbitral tribunal award (White Industries Limited v. Republic of India) should serve as an eye-opener to the government.

In 1989, White Industries Australia Limited (WIAL) entered into a commercial contract with state-owned Coal India Limited (CIL) for supply of equipment and development of a coal mine for the Piparwar Project in Jharkhand. In 1999, however, contractual disputes arose between WIAL and CIL. As per the contract, WIAL demanded payment of its performance bonus while CIL demanded a penalty based on poor quality production and subsequently encashed White’s bank guarantee. The matter went to the International Chamber of Commerce’s International Court of Arbitration and hearings began in London. In March 2002, the ICC issued an AU$4 million award in favour of WIAL.

In September 2002, CIL approached the Calcutta High Court challenging the ICC award. Within days, White Industries also approached the Delhi High Court to enforce the award. After WIAL’s appeal to the Calcutta High Court to dismiss CIL’s application was rejected, it moved the Supreme Court. In March 2006, the Delhi High Court stayed the enforcement proceedings. At present, the Supreme Court is hearing WIAL’s appeal and a final decision is awaited.

Incensed by judicial delays over the enforcement of the ICC award, WIAL invoked arbitration against the Government of India in July 2010 under the India-Australia BIT and argued that the delays amounted to a denial of justice in violation of several provisions of the treaty especially fair and equitable treatment (FET), free transfer of funds and expropriation. It also argued that India had failed to provide WIAL with “effective means” of enforcing rights and asserting claims.

It is important to note that the 1999 India-Australia BIT does not contain “effective means” standards or any other obligations dealing with delays in court process. However, this treaty contains the MFN clause which allowed WIAL to import more favourable provisions from other treaties signed by India. Specifically, WIAL drew upon a beneficial provision under Article 4 (5) of the India-Kuwait BIT which obliges India to provide “effective means of asserting claims and enforcing rights with respect to investment.” By relying on the MFN clause, WIAL sought similar level of protection which Kuwaiti investors are given in India.

As per the United Nations Commission on International Trade Law (UNCITRAL) rules, the three-member arbitral tribunal was constituted in July 2010 and hearings began in London. The tribunal passed its award on November 30, 2011. While dismissing WIAL’s allegations on violation of FET, free transfer of funds and expropriation, the tribunal held that the inability of the Indian judicial system to provide WIAL effective means to enforce its rights is a breach of India’s obligations under the India-Australia BIT. The tribunal awarded White Industries AU$4 million with interest.

Whether India will accept or challenge this ruling is still publicly unknown as the authorities have maintained complete silence over the issue. Nevertheless, the ramifications of this BIT award are far-reaching. It may encourage other foreign investors in India to take a similar route and seek compensation from the Indian government for non-implementation of commercial arbitration awards due to judicial delays. Given the fact that delays are endemic in our over-stretched judicial system, foreign investors may prefer to seek investment claims from the Indian government for the potential breach of the “effective means” provisions in the BITs.

Since India has signed over 80 bilateral investment treaties, it may open the floodgates for similar claims by foreign investors and the Indian government may end up paying full compensation.

Further, the BIT award raises an important policy concern: whether Indian courts have the sovereign right to intervene in arbitrations seated outside India.

Since there are conflicts between the treaty’s obligations and legitimate policy objectives, a carefully and well-worded investment treaty could avoid potential disputes. There are myriad policy options available to the Indian authorities when it comes to drafting new treaties or guiding the interpretation of existing ones.

First, India should initiate a comprehensive review of its existing investment treaties since recent cases have shattered the myth that its treaties maintain a fine balance between investor rights, investor responsibilities and regulatory space. Based on the review, India can seek suitable amendments in the existing treaties through bilateral negotiations. Since this process can be time consuming, a notification could immediately be issued by New Delhi giving its interpretation of various standards contained in the treaties. Second, policymakers should not allow investor-state dispute settlement mechanisms under which a foreign investor can initiate an international arbitration against India. In 2011, Australia announced its decision to not include investor-state dispute mechanisms under its trade agreements with the developing countries.

Third, to prevent “treaty shopping” by investors, policymakers could altogether remove the MFN clauses in future treaties or at least prohibit the possibility of importing such clauses from earlier treaties signed by India. Vague and controversial provisions such as national treatment, FET clauses, free transfer of capital, umbrella clauses should preferably be avoided or incorporated with explicit qualifications in the treaty.

Fourth, for a more balanced outcome, policymakers should avoid using words such as “creating favourable conditions for investments” in the preamble since it could be interpreted by arbitral tribunals as removing all restrictions in favour of foreign investors.

Fifth, the main objective of treaties should not be investment protection alone. There are legitimate policy objectives (such as sustainable development and financial stability) which should also be incorporated in the treaties. Policymakers should ensure that the state’s power to regulate business activities in the public interest is explicitly mentioned in the treaty’s preambles and other sections. No clauses should be included in the treaty which could bar the state from pursuing regulatory and other measures to pursue legitimate policy goals.