The RCEP Negotiations: From One Round to Another to Another… 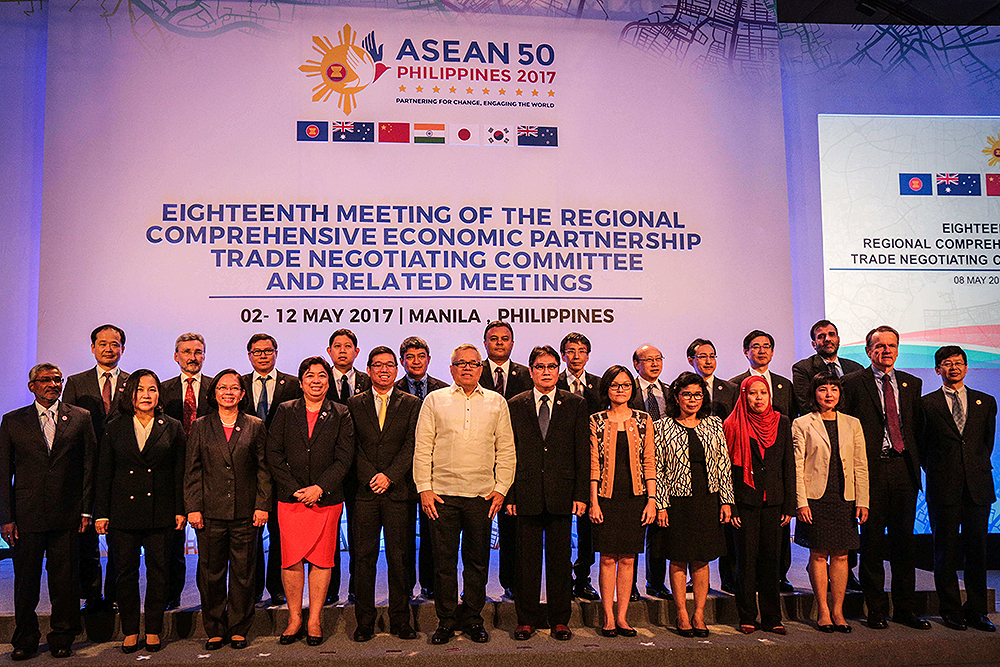 It is not without reason that a session for the negotiation of trade rules is referred to as a round. It can go on in circular motion, sometimes with little or no substantive progress. So it may seem after the last round of talks on the Regional Comprehensive Economic Partnership (RCEP). For the sticky issues remain and the details of progress, if any, are not available to the public. CSOs often have to go around in circles seeking details.

The 17th Round of RCEP talks were held in Manila through 2-12 May 2017. The 30th Summit of the Association of Southeast Asian Nations (ASEAN) preceded the RCEP Round in Manila. Therein the ten Southeast countries resolved to “uphold ASEAN Centrality”. The Philippines is currently the chair of the ASEAN. While it is so, the country is keen to complete the RCEP particularly before the 31st ASEAN Summit in November 2017, which will also be ASEAN’s 50-year anniversary.

However, the RCEP texts are nowhere near completion for the 16 RCEP Participating Countries (RPCs). Before the Manila Round, chapters related to small and medium enterprises, economic and technical cooperation and, in principle, on competition had apparently already been agreed to. But many other chapters from amongst the twenty-three and more intended in the RCEP are far from finality after the Manila Round.

The solution for détente offered by Philippines is that of flexible participation as in the ASEAN Charter. So it has suggested RPCs to follow the principle of ‘opt out and reciprocity’. This implies finalising the RCEP despite disagreements, with a country opting out of a provision till it is ready to join. This may be directed at India for its unwillingness to open its borders to 92 per cent of goods on zero tariff rate to all RPCs, as and when the RCEP comes into force. India to date is only making an offer of 80 per cent. India is also quite legitimately asking for a staggered approach to lower tariffs with select RPCs like China, Australia and New Zealand.

India has two clear options, first, to stick to its stand. This will also have social backing in the country, for the informal sector is particularly vulnerable to cheaper imports; second, to step out if its terms are not accepted. This could bring political gains for the government on home ground. It would also render policy coherence to withstand pressures at the forthcoming Eleventh Ministerial Conference of the World Trade Organisation.

An RCEP 3rd inter-sessional Ministerial Meeting was held through 20-21 May in Hanoi on the sidelines of the Asia Pacific Economic Cooperation (APEC) meeting in Vietnam. APEC’s meeting on 20 May to try and revive TPP sans USA created a stir. Whether that was a genuine attempt at a TPP 11 or merely a move to exert pressure on RPCs (for speedier talks and higher standards) will unfold by and by. Some believe that both the mega regional FTAs are needed and are not ‘mutually exclusive’. New Zealand and Japan have already ratified the TPP on their soil. Japan in fact will be hosting another TPP 11 meeting in July 2017. But another camp of Malaysia and Vietnam do not want a TPP without US.

Meanwhile, at Hanoi trade ministers from the RPCs attempted to iron out differences. The most roadblocks are in the areas of goods (as discussed above), services and investment.

India continues to push for the liberalisation of the services for easy access for its software professionals; this is in exchange for giving in to the demands on tariff reduction on goods.

Likewise, as per India’s new model bilateral investment treaty (BIT) of 2015, in case of disputes foreign investors have to pursue domestic remedies (such as national/local courts and administrative bodies) before initiating arbitration suits against the government. The investor-state dispute settlement (ISDS) provisions proposed in RCEP are decidedly dangerous. For they allow investors to sue the state before private arbitrators. The country is already facing several such suits filed by investors invoking old BIT provisions.

On return from Hanoi, the Ministry of Commerce and Industry issued a press release making its positions clear. It reiterated the need to balance high ambition with sensitivities and varying level of development amongst RPCs.

The next round of RCEP talks will be held in Hyderabad, India. The official schedule will commence with meetings of the working groups and their sub-groups, such as that of STRACAP, ROO, WGEC and the ASEAN Free Trade Partners’ (non-ASEAN RPCs) Working Group on Trade in Goods (WGTIG). These will be followed by a week of the RCEP Trade Negotiation Committee (TNC) meetings from 24 to 28 July 2017.

The rounds proceed with centripetal acceleration, though not fast enough for some of the RCEP members who would ideally like the texts to be agreed to as soon as possible.

After the Hyderabad Round the negotiators will meet again in Manila in September 2017. Given the rounds and the realities of a changing world there are two tracks to watch out for. One, the RCEP negotiations themselves; these continue with characteristic regularity. Two, the dynamic between RCEP and other trade negotiations. Though given the internal differences amongst RPCs, it certainly does not look anywhere near conclusion this year. Till then the rounds will go on.

Image courtesy of Department of Trade and Industry, Government of the Philippines.