The PLI Scheme for Atmanirbhar Bharat: Is There a Break with Past Policies? 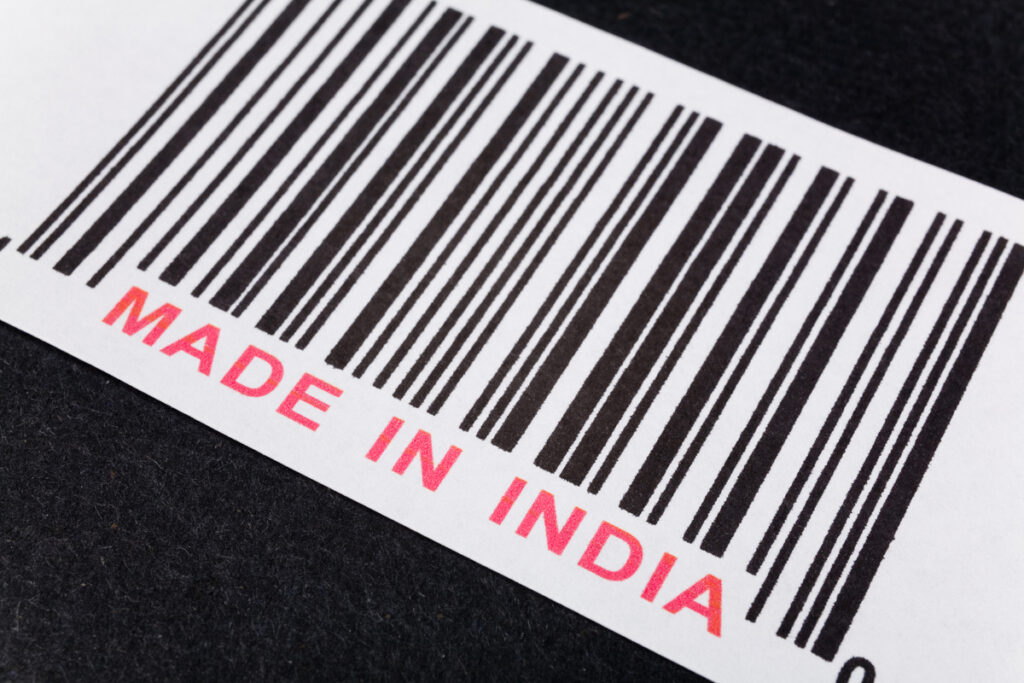 One of the integral components of the economic stimulus packages announced by the Indian government since April 2020 is the Production-Linked Incentive (PLI) scheme meant to increase India’s self-reliance in key manufacturing sectors. To eligible companies, the scheme offers an incentive of 4% to 6% on their incremental sales of goods manufactured in India (over 2019-20), for a period of five years. The first tranche of the PLI scheme was announced on April 1 for mobile phones and certain electronic components, and on July 1 for pharmaceutical ingredients, key starting materials, and medical devices.

As part of the ‘Atmanirbhar Bharat’ (self-reliant India) package and with the stated objective of enhancing India’s manufacturing capabilities and enhancing exports, the PLI scheme has recently been extended to 10 other sectors/segments. These include automobiles and auto components, solar photovoltaic (PV) modules, specialty-steel makers, man-made and technical textiles, food processing, specialised pharmaceutical products, advanced chemistry cell battery, and more electronic products. As of now, the total amount of public money to be spent under the scheme stands at Rs. 1.97 lakh crore (US$ 26.6 billion).

There is no detailed information available on the PLI schemes for all the segments as yet, similar to the Gazette Notification from the Ministry of Electronics and Information Technology (MeitY) for mobiles and electronic components. However, we do know from the Press Information Bureau release of November 11 that by attracting large investments, the government expects that the PLI scheme will make Indian manufacturers globally competitive, ensure efficiencies, create economies of scale, enhance exports, and make India an integral part of the global supply chains. The government also believes that the creation of “a conducive manufacturing ecosystem” through the PLI will incentivise the large investors to establish backward linkages with the MSME (micro, small and medium enterprise) sector in the country.

Under the PLI scheme, any company registered in India is eligible to apply for the new incentives as long as they meet certain thresholds on incremental investment and incremental sales over the base year 2019-20. The scheme does not explicitly target foreign investments.

However, if we go by the MeitY document, the design of the threshold levels for investment and sales means that only very few indigenously owned companies may be able to meet the investment eligibility criteria. For example, in the MeitY scheme for high-end mobile phones (Rs. 15000 and above), incremental investment in the first year over 2019-20 value must be Rs. 250 crore and incremental sales must be Rs. 4000 crore. In the fourth year, cumulative investment to be achieved is Rs. 1000 crore, while incremental sales must be Rs. 20,000 crore. While the thresholds for “domestic” mobile companies and electronic components are lower in comparison, 50% beneficial ownership by Indian citizens or Indian companies are enough to be considered domestic companies. Moreover, contract manufacturers as defined in the FDI policy are also eligible to apply for the incentives. It must be remembered that the 2019-20 budget allowed 100% FDI in contract manufacturing under the automatic route.

Thus, the implicit emphasis is on foreign companies, and as such, none of the objectives listed above for the new scheme is new. The idea that FDI-led export-oriented growth in production will increase the Indian industry’s exposure to foreign competition and ideas, which will help in improving its capabilities to innovate further has driven Indian trade and FDI policies for three decades now. Similarly, the advocacy that participation in GVCs and free trade agreements (FTAs) will act as springboards for industrial development, which has been part of the lingua franca of the global development agenda, has been adopted by Indian economists and policymakers at least since the mid-2000s. Indian policy establishment’s faith in the ability of large firms to support the growth of exports and domestic supplier networks has also been tested (unsuccessfully) before, including through special economic zones (SEZs).

Evidence from several developing countries has clearly established that the FDI-productivity-investment nexus cannot be achieved sustainably without establishing the linkages of foreign-invested firms and imported technology with a homegrown supplier base through pro-active industrial policies. But successive Indian governments’ FDI policies based on a hands-off approach meant that except in the automobile industry, there had been no policies linking foreign-invested firms and the domestic supply base, which could have led to significant spill-overs and technological upgrading among domestic firms. On the other side, there has also been no proactive policy focus on building up an innovative domestic supplier base in the import-dependent and FDI-driven industries.

As a result, after reposing faith in extensive tariff liberalisation and FDI companies for nearly three decades now, India’s manufacturing sector’s GDP share, as well as its global export performance, have stagnated. While the country’s share in global merchandise exports has been stagnant around 1.6% – 1.7% since 2011, its share in global merchandise imports has risen fast and stood at 2.5% in 2019.

Study after study has also established the heavy import dependence of foreign-invested manufacturing companies, which point to the absence of significant backward linkage creation by them, whether serving the domestic market or export markets. The most recent example is mobile manufacturing, wherein a shift in incentives led to a significant increase in the local assembly and jump in exports of smartphones, but it also simultaneously led to a manifold jump in mobile parts and components such that electronics imports continued to rise. This has been true even of companies like Samsung, wherein it was found that even when the share of exports in its total revenue went up to 19% in 2018-19, such exports were accompanied by a sharp rise in imports of parts and components. In fact, there have been continuously rising net foreign exchange outflows from Samsung India, which stood at Rs. 4.3 lakh crore (US$ 58.3 billion) in 2018-19. After import payments to the parent company and fellow subsidiaries, royalty to the parent company was the next largest component in these outflows from the Indian subsidiary. That is, the “efficiency gains” supposed to accrue to the Indian economy from getting integrated to GVCs through foreign firms have been draining out of the country through some of these very firms.

The elephants in the PLI scheme

One would have expected that promoting indigenous SMEs would take on urgency after the country’s supply chains faced an unprecedented level of risk after the pandemic hit (due to the country’s extreme import dependence, particularly, on China). Strategic policy support has also been needed for repairing and building upon the local value chain segments that broke down during the pandemic lockdown. This would require that the government’s focus during the post-lockdown months should be on providing as much support as possible to SMEs, especially in the employment-intensive sectors of textiles and garments, food processing, leather and footwear, etc. in addition to other strategic sectors like pharmaceuticals and electronics, while making large investments in the infrastructural and social sectors.

A second integral component of a new incentive scheme for the manufacturing sector would also incentivise the R&D-software-product synergies that India must build up domestically for preparing various sectors towards accelerated digital transformations that the pandemic brought on. An innovation-led production base that realises synergies with India’s software prowess becomes critical to reduce foreign exchange leakages across increasingly digitalised sectors.

A third component would be to incentivise the re-orientation towards green manufacturing and consumption needed for more ecologically sustainable growth paths. This would require those different parameters linked to environment protection such as energy efficiency, new materials that reduce dependence on minerals, rare earths, etc. be incorporated into the scheme. This would be important across the capital and labour-intensive segments to create innovative solutions to our environmental challenges.

These components integral to a transformational break with the past seem to be missing from the PLI currently.

While the government claims that specific product lines having high growth potential and capabilities to generate medium- to large-scale employment have been identified for providing support through the PLI scheme, the choice of sectors presents a different picture. While textiles are part of the PLI Scheme, the targeted segments – the manmade fibre (MMF) and technical textile segments – are capital intensive ones. Both from the stark need to protect and generate employment and for environmentally sustainable production processes, the immediate emphasis must have been on textiles and garments based on natural fibres. This would also generate backward linkage benefits to the distressed agricultural sector.

While the automobile and auto components industry is a large employer and has been allocated the single largest share of the total outlay, there is no discussion about how the new support for capacity expansion aligns with existing plans for transition to greener alternatives. In the case of food processing, with the Mega Food Parks having existed for several years now, depending on large investors to expand the processed food industry is not new.

The continuing search for self-reliance

The rationale behind the design of the PLI scheme appears to be that by targeting the large investors who are capable of mobilising the initial investment for brownfield or greenfield projects by themselves, the state can abdicate its role in directly funding and supporting domestic industry’s expansion and sustaining employment. However, as development history has clearly shown, both in advanced nations as well as developing countries that have originated lead firms and tier-1 suppliers in GVCs, the state itself must take on greater risk in building up domestic capabilities in collaboration with indigenous businesses. Moreover, as employment generation from capital-intensive investments will keep declining across advanced manufacturing segments, only a steadfast focus on directly supporting indigenous SMEs and the rural agricultural and non-agricultural sectors will help to meet India’s employment and development challenges.

Even as the details of the PLI scheme for the different segments are awaited, the press releases have put forth some well-meaning intentions: supply chain resilience, leapfrogging to capture the global value chains, becoming a major original equipment manufacturer (OEM) of telecom and networking products, building secured telecom infrastructure, etc. However, to have supply chain resilience, secure digital networks, to originate Indian OEMs, etc., the ownership and control of intellectual property (IP) of more and more designs and the products based on them must belong to companies headquartered in India. Only then will the revenue from the commercial exploitation of the IP and the associated product sales flow to the Indian company. Only the latter will stop the leakages to foreign countries and increase domestic value addition in India.

As of now, there is nothing in the design of the scheme that suggests an effort to promote R&D-intensive companies based in India in the upstream and downstream industries being promoted. Despite nearly three decades of learnings from “reforms”, it is tragic for the country that policymakers are still putting the cart before the horse.

Smitha Francis is a Consultant with the Institute for Studies in Industrial Development (ISID), New Delhi.