The IMF Needs to be More Flexible about Capital Controls 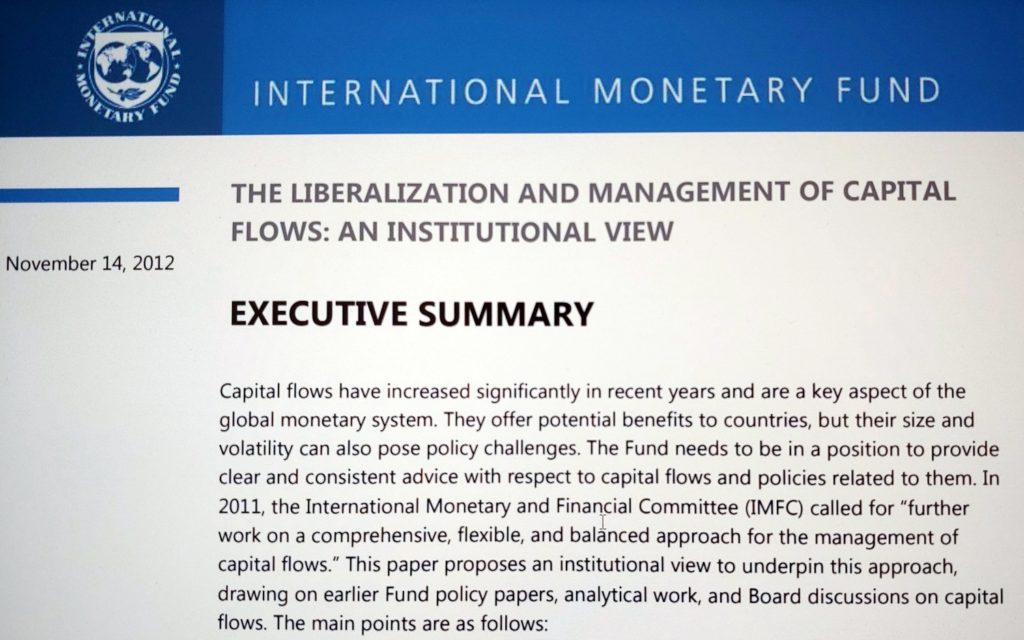 Nor Shamsiah Mohd Yunus, central bank governor of Malaysia, rightly warns against the deeply-rooted stigma attached to capital controls that can be helpful in pre-empting financial crises  (“Malaysia backs option of capital controls”, October 17).  As many emerging market economies in Asia and elsewhere are currently grappling with the challenges posed by volatile capital flows (large capital inflows followed by abrupt reversals), it is high time for the IMF to revisit its 2012 Institutional View that endorses capital controls as a last resort, imposed selectively on capital inflows, and on a temporary basis.

The Institutional View is a welcome departure from the IMF’s earlier rigid stance but remains problematic on a practical level. First, why has the IMF ruled out circumstances where the capital controls may be the first choice to deal with destabilising capital flows?

Second, why disapprove controls on outflows? The restrictions on outflows can be prudent to prevent rapid currency depreciation and capital flight, as witnessed in Malaysia (1998) and Iceland (2008). Further, controls on outflows are more relevant for poor countries that do not have large foreign exchange reserves or access to regional financing arrangements to manage abrupt capital reversals.

Third, what’s the rationale for recommending the use of capital controls on a temporary basis? Some situations may require the deployment of controls for sufficiently long periods. In Iceland, for instance, controls were initially introduced on a temporary basis, but they lasted almost nine years. China and India — two recent “success stories” — deploy controls on both a temporary and permanent basis to maintain financial stability. Both these economies have achieved impressive rates of economic growth without full capital mobility.