The Fisheries Subsidies Negotiations at the WTO: The Mirage of Marine Conservation 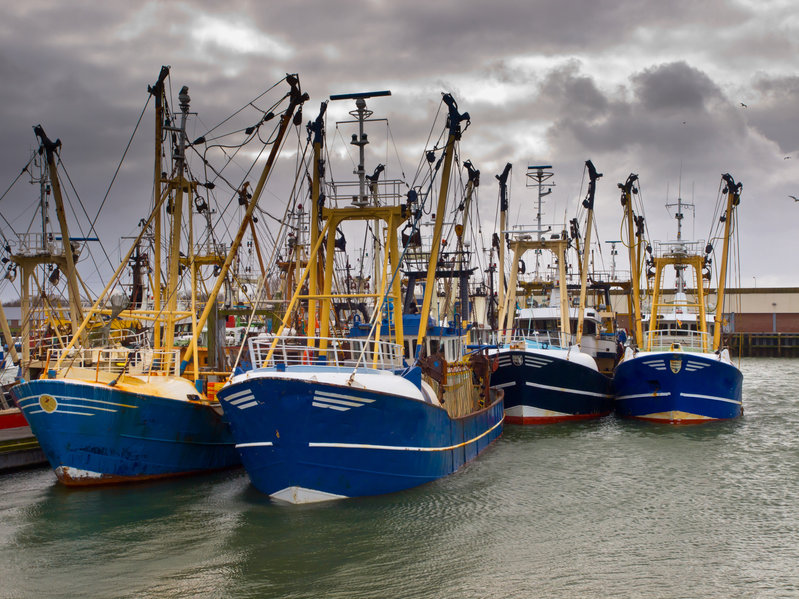 In a historic move, the UN Sustainable Development Goal 14.6 mandated the World Trade Organization (WTO) to “prohibit certain forms of fisheries subsidies which contribute to overcapacity and overfishing, and eliminate subsidies that contribute to IUU [illegal, unreported and unregulated] fishing …, recognizing that appropriate and effective special and differential treatment for developing and least developed countries should be an integral part of the WTO fisheries subsidies negotiation”.

The developed countries used this mandate to launch active negotiations on disciplining subsidies in coastal fishing under three pillars – IUU fishing, overfished stocks (OS), and overfishing and overcapacity (OFOC). However, the objective of SDG 14.6 towards marine conservation for the protection of fish catch for small-scale fishers seems set to be turned on its head in the runup to the 12th Ministerial of the WTO, scheduled for November 30 – December 3, 2021.

The Battle over Development: Core Issues in the Negotiations

Over the last four years, the negotiations saw major differences between developing and developed fishing countries on many key issues. The most crucial among these is the effort by the latter to squeeze special and differential treatment (S&DT). The Chair, Ambassador Santiago Wills of Colombia, tabled consolidated texts in May and June 2021 (WTO document TN/RL/W/276 and TN/RL/W/276/Rev.1), which clearly showed this bias against S&DT.

In these texts, even small scale fishers described as doing “low-income, resource-poor, livelihood fishing” in developing and least developed countries can get exemption only for fishing within the national territorial waters of 12 nautical miles, that too only for a limited number of years for all the three pillars.

For IUU (Article 3) and overfished stocks (Article 4), this is limited only to 2 years and includes these disciplines even for LDCs. Overfishing and overcapacity (Article 5) had 5-7 year’s exemption as some developed country members proposed, but LDCs were exempted. There was significant resistance to any S&DT, even for small fishers in the Exclusive Economic Zone (EEZ) where small fishers often fish, and who could then stand to lose any support from their governments under the terms of the agreement.

S&DT has seen a major battle during the negotiations as fishing sectors in most developing countries[1] and LDCs are relatively underdeveloped, with a low level of subsidies compared to the large fishing population, most of whom are dependent on almost subsistence fishing.

In addition, the definition of IUU fishing that may include traditional, informal fishers in developing countries; and the ability of the OFOC pillar, which targets subsidies on infrastructure and subsidies essential for the development of the fishing sector, are also seen to be problematic by most developing countries where registration and monitoring mechanisms may be weak, and the infrastructure is still underdeveloped.

On the other hand, many of the developed countries involved in maritime activities including industrial fishing and distant-water fishing such as the European Union, many of whom are also large subsidizers, have fought off disciplines on their subsidies. In a move that threatens to unravel the objective of SDG 14.6 completely, the large subsidizers managed to secure a broad exception for themselves under Article 5.1.1 of the June version of the Chairs text (TN/RL/W/276/Rev.1). This clause allows subsidies to continue if “the subsidizing Member demonstrates that measures are implemented to maintain the stock or stocks in the relevant fishery or fisheries at a biologically sustainable level” (Article 5.1.1, TN/RL/W/276/Rev.1). This is interpreted to be reverse S&DT for large subsidizers who, unlike developing countries and LDCs, can use their advanced monitoring and measurement infrastructure to take advantage of Article 5.1.1. It also introduces another major inequity between the two sides.

The Chair’s two texts created major dissatisfaction among developing countries who called for restoring the balance in the text; by bringing in stricter disciplines on exemptions for large subsidizing and developed countries; while allowing more flexibilities on S&DT, especially for fishing by small fishers in the EEZ.

The recently tabled text (TN/RL/W/276/Rev.1) by the Chair, released on November 8, 2021, apparently attempts to address some of these concerns and get developing countries to sign on the deal by MC12.

First, the new text allows a permanent exemption for LDCs and those developing countries that contribute less than 0.7% of global marine capture for OFOC subsidies. Second, exemption on subsidies for small-scale fishers up to 12 nautical miles for other developing countries is continued. Third, other developing countries may enjoy an exemption for  OFOC (Article 5) subsidies for EEZ for (x) years, which has to be negotiated. In a recent proposal (RD/TN/RL/147), India had suggested 25 years for such an exemption, but this is unlikely to be agreed to. Fourth, the exemption period for low-income, resource-poor, livelihood fishing under IUU and overfished stocks, which was earlier fixed at two years, is now negotiable and under square brackets.

However, many issues of concern remain on the table for developing countries and LDCs.

Interestingly, the advanced fishing Member countries and big subsidizers have gained considerably, as summarized below:

Many have argued against strong S&DT provisions in the fisheries negotiations on the ground that developing countries contribute around 70% of global marine capture. However, two countries (China and Indonesia) contribute 15.13% and 8.6% each, while the others contribute below 5%, with India near the 4.5% mark.

It is important to note that most of these are countries have large populations dependent on fishing. According to the FAO’s statistics[5], China accounts for 24.40%, Indonesia 7.04%, and India 25.85% of global fishers, while the US accounts only for 0.49%, Japan 0.46%, Russia 0.36%, and Norway 0.03% of global fishers, respectively. Except for China, most others do not have the fishing capacity to fish in distant waters. Further, subsidy estimates by U. Rashid Sumaila[6] show that total subsidies provided by all high HDI countries (including China) amounted to 87%, with the low-HDI countries contributing the rest. Out of 82 maritime countries covered in the study, around 58 developing countries, excluding China, provide 44% of global subsidies while 23 developed countries contribute 35%, and China accounts for the residual 21%.

Many developing Members, including India, the ACP Group, and others, have repeatedly raised the issue of the historical responsibility[7] of developed countries who have exploited marine resources by their overfishing and overcapacity and created most of marine resource degradation and pollution. But this aspect has also been ignored.

The way the negotiations stand now, many developing countries with large numbers of very small and poor fishers will have to stop critical subsidies for fishing by these communities in EEZ unless they can battle out for a long exemption period. Any conversation with small fisher groups reveal they go to the EEZ to fish. The overarching objective of SDG 14.6 was to protect their livelihoods by conserving fish stocks, but the manner in which it is being applied in WTO will achieve the exact opposite.

Further, the WTO will now apparently become a judge of management issues related to the ocean. Given the power balance that dominates the institution, such adjudication maybe not only incompetent but also ridden with the commercial powerplay.

Developing countries and LDCs need to stand together and oppose an outcome that will severely compromise the livelihoods and food security of their fishers and population at large as industrial fishing exerts further control on marine resources.

As many countries also sign more bilateral and regional free trade agreements (FTAs) and concede import tariffs and investment rights to foreign trawlers, they will find it more difficult to save their fisheries sector from subsidized fish from distant-water fishing nations.

[1] With the possible exception of China which is a distant-water fishing nation and accounts for 21% of global subsidies and 15.13% of global marine capture.

[7] Common But Differentiated Responsibilities (CBDR) is a principle also used in many other global negotiations including on climate that calls on the developed countries to take lead in addressing the damage they created.

Ranja Sengupta is a Senior Researcher with the Third World Network (TWN), based in New Delhi.