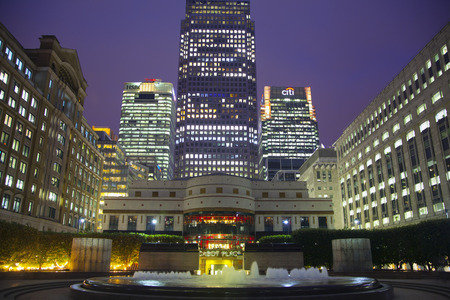 After failing to make headway on Brexit negotiations for nearly eight months, the UK government entirely accepted what the EU had demanded in the first phase thereby breaking the deadlock in negotiations. The EU leaders have endorsed the joint report issued by the UK and the EU on December 8 and adopted guidelines to move to the second phase of Brexit negotiations. The guidelines pertain to twin issues – a transition period after Britain’s exit from the European bloc and elements of a future trade agreement between the UK and the EU.

The guidelines allow negotiations on a transition deal for a period of probably two years starting in March 2019 during which the UK will have to abide by the EU laws and will “no longer participate in or nominate or elect members of the EU institutions, nor participate in the decision-making of the Union bodies, offices and agencies”.

The EU has made it very clear that the parallel talks on a future trade agreement may commence in March 2018 but the actual negotiations will only begin once the UK has left the European bloc.

Will the second phase of Brexit negotiations be a smooth affair? The answer is No. As pointed by Donald Tusk, President of the European Council, “the most difficult challenge is still ahead… The second phase will be more demanding, more challenging than the first phase.”

It is important to note that the progress on second phase of negotiations would largely depend on how the intricacies of withdrawal agreement (first phase) are worked out as the guidelines underline that “negotiations in the second phase can only progress as long as all commitments undertaken during the first phase are respected in full and translated faithfully into legal terms as quickly as possible.”

It is also possible that a future trade deal between the UK and the EU is not ready by the end of the transition period, given the complexities involved in negotiating a broad-based trade and investment agreement. Hence, both parties may remain engaged in trade talks long after the UK has left the EU.

The UK’s approach to Brexit has remained unclear right from the beginning of negotiations. There is a lack of clarity on the part of Theresa May’s government on what kind of future trade arrangement it wants with the European bloc. Although the Brexit referendum vote took place in June 2016, Theresa May’s Cabinet held its first formal discussion only on December 18, 2017 (18 months after the vote) on what exactly it wants to achieve from Brexit negotiations.

To some extent, the lack of clarity is due to sharp divisions within her cabinet and party colleagues. Theresa May’s defeat in the House of Commons illustrates this point. On December 13, Eleven Tory rebels defeated the government by backing an amendment that parliament gets a vote on the final Brexit deal before the country leaves the bloc. The PM’s lack of a parliamentary majority makes Brexit negotiations even more complicated.

Some Cabinet colleagues, including the chancellor Philip Hammond, have advocated a Norway-style relationship with the EU. By opting for Norway model, the UK may get access to Single Market but it will have no say over EU rules. However, the country’s political establishment may be averse to such an arrangement as Brexit is supposed to be about “taking back control.”

David Davis, Secretary of State for Exiting the European Union, has recently outlined a new Brexit approach called “Canada-plus plus plus.” Signed in 2016, Comprehensive Economic and Trade Agreement (CETA) is a free trade pact between Canada and the European Union that mostly cover trade in goods, along with limited cross-border trade in services. From the UK’s perspective, the proposed deal with the EU should be bespoke with far deeper commitments in liberalizing trade in services, particularly financial services, than offered under CETA and other FTAs signed by the EU. “All we want is a bespoke outcome. We will probably start with the best of Canada, the best of Japan and the best of South Korea…And then add to that the bits that are missing – which are the services,” he says.

Can the UK secure a bespoke trade deal which is “cherry-picking” the most attractive elements from EU’s existing trade agreements with other countries? The chances of a bespoke trade deal are very bleak. In the past, Angela Merkel and other EU leaders have explicitly stated that there will be no “cherry-picking”. In a recent interview with Prospect magazine, Michel Barnier, the EU’s chief negotiator for Brexit, has ruled out any possibility of a bespoke deal for the UK. “They have to realise there won’t be any cherry picking. We won’t mix up the various scenarios to create a specific one and accommodate their wishes, mixing, for instance, the advantages of the Norwegian model, member of the Single Market, with the simple requirements of the Canadian one. No way. They have to face the consequences of their own decision,” he warned. Harsh words indeed.

The UK has offensive interests in pursuing a trade deal with the EU (and other trading partners) aiming at unrestricted cross-border trade and investment in services, especially financial services. The reasons are obvious. In the last 50 years, the British economy has undergone rapid change with the sharp decline in country’s industrial and manufacturing base. Services currently account for nearly 80% of the UK’s economy.

The UK runs a substantial trade surplus in financial services with the EU and many other countries. The UK is the biggest next exporter of financial services in the world, followed by the US and Japan. London alone accounts for 51% of the total financial and insurance sector gross value addition in the UK. The City of London remains Europe’s financial capital, providing a wide range of financial products and services across the continent and beyond.

Implications for the City of London

International banks use London as a hub and entry point seeking access to the EU’s Single Market. That’s why, a large number of international investment banks are located in London and they serve European (and international) markets by providing cross-border bank lending, forex trading, OTC derivatives trading and international insurance. Apart from banks, London is also the European capital for alternative funds (hedge funds, property funds, and private equity funds).

As close to 25 percent of UK’s financial sector business involves the Single Market, the UK government is concerned about the potential loss of business and jobs since financial “passporting privileges” – a key component of the Single Market – will no longer be available post-Brexit. Which means banks and other financial services providers located in the UK may not be able to serve clients across the European bloc without any restrictions if the country loses access to the bloc’s Single Market.

In case the UK is unable to clinch a trade deal that includes financial services, then banks and other financial players are likely to move certain segments of the business to Dublin or Paris or Frankfurt or other European cities. However, research conducted by Financial Times (December 13, 2017) show that fewer than 4600 jobs might move from London in preparation for Brexit. Of course, it is too early to speculate on the potential loss of jobs but the Financial Times analysis contradicts the previous claims that tens of thousands of jobs could move out from London after Brexit.

Rebalancing the Economy: A Missed Opportunity

The financial sector accounts for 10.7 percent of the UK economy, the highest among all G7 economies. However, the total number of people employed in the financial sector is only 3.1% of all UK employment. Further, despite having such a bloated financial sector, the UK spends merely 15 merely percent of its GDP on investment, far less than other G-7 countries. This poses a fundamental conundrum that needs further exploration – whether financialization is contributing in value creation (in terms of facilitating non-financial innovation and long-term investments in productive sectors) or enabling value extraction?

From a developmental perspective, Brexit offers a unique opportunity to the UK to rebalance its economy excessively dependent on financial services and to shape its future economic relations with the rest of the world based on mutual benefits and common prosperity. The UK needs to grab this opportunity. The UK’s financial sector should be primarily geared towards sub-serving the real economy and channelizing resources into productive sectors. Unfortunately, rebalancing the domestic economy is not on the policy agenda of the government.