Taming the “Wild West” of Microfinance 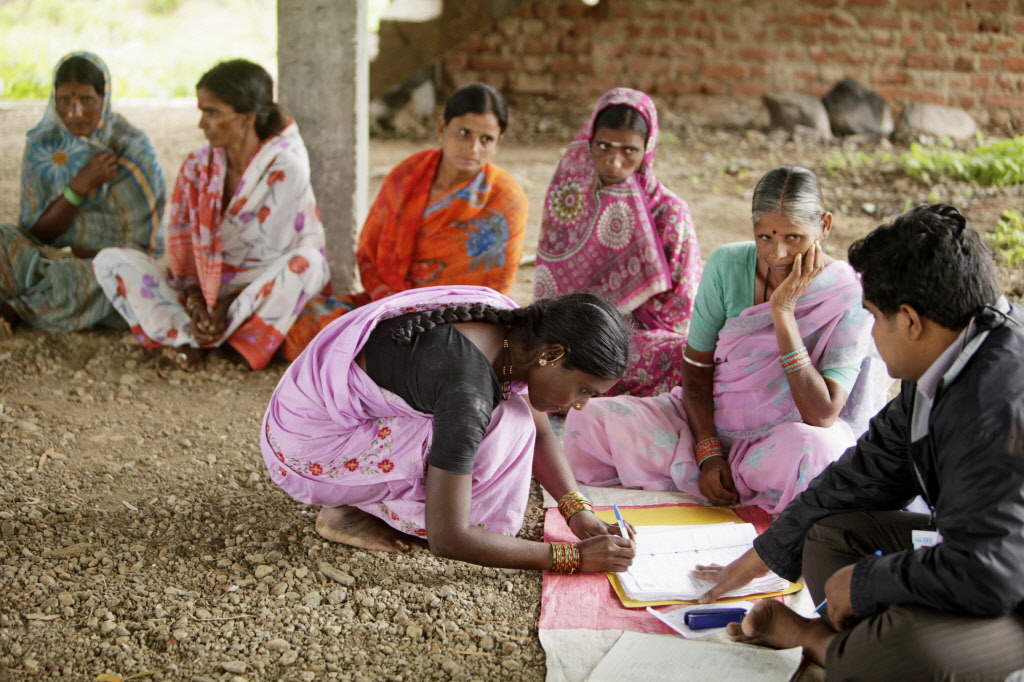 The recent suicides by over 60 poor borrowers in the Indian state of Andhra Pradesh have brought the operations of microfinance institutions (MFIs) under public scrutiny. It is well documented by both print and electronic media that these debt-driven suicides were due to coercive methods of loan recovery used by commercial MFIs. The commercial MFIs operate as profit-making non-banking financial corporations (NBFCs) in India.

The majority of suicides took place in Warangal district of Andhra Pradesh and as many as 17 borrowers of SKS Microfinance were among those who reportedly committed suicide. For the past few months, the SKS Microfinance (the largest commercial MFI in India) has been in the news. In August 2010, it raised nearly $380 million in an Initial Public Offering (IPO) – the first from an Indian MFI. Thanks to the IPO, promoters and private equity investors of SKS Microfinance became instant millionaires while their borrowers remain desperately poor. In October, the sudden sacking of SKS’s CEO, Suresh Gurumani, raised concern about the bigger problems at the company.

The issuance of Ordinance (imposing interim regulations) shocked the commercial microfinance industry because for almost two decades, the Andhra government has been actively engaged in the promotion of both commercial and non-profit MFIs in the state. The Ordinance aims to discipline commercial segments of MFIs which were indulging in reckless profiteering in the garb of promoting financial inclusion. It is intended to curb coercive practices of loan recovery besides bringing transparency in interest rates. The Ordinance makes it mandatory for MFIs to register with local authorities. However, it does not seek to cap interest rates charged by MFIs.

Andhra Pradesh has the highest penetration of MFIs in India. The state accounts for nearly 30 per cent of Rs. 300,000 million portfolio managed by MFIs in the country. Some of the biggest MFIssuch as SKS Microfinance, Basix and Spandana and Basix are also based in the state.

Contrary to public posturing that MFIs are saviors of the poor and charge reasonable interest rates, several big MFIs in Andhra Pradesh have been charging very high interest rates, closer to the ones charged by traditional moneylenders.

Under the new regulations, several commercial MFIs have disclosed to the authorities that their effective rate of annualized interest goes up to 60.5 per cent. The Bhartiya Samruddhi Finance Ltd., an arm of Basix, charges interest rates up to 60.5 per cent. In the case of SKS Microfinance, Trident, Share and other MFIs, the effective maximum interest rates are upward of 30 per cent. This is despite the fact these MFIs borrow money from state-owned and private banks at concessional rates (usually in the range of 11 to 13 per cent) under the priority sector lending and other facilities.

For years, several commercial MFIs have been charging exorbitant interest rates despite achieving economies of scale. However, when the threat of regulation became imminent, SKS and others voluntarily decided to reduce the interest rates by over 600 basis points. This episode revealed the magnitude of profit margins enjoyed by commercial players.

The Rapid Growth and Emergence of Institutional Moneylenders

Since 2005, the credit growth of MFI industry has been much higher than the commercial banking system in India. Although bank loans remain the largest funding source for commercial MFIs, several players have been able to raise funds from other sources including private equity funds, hedge funds and angel investors. Since 2007, private equity funds alone have invested close to Rs. 20000 million in MFIs. In 2009, there were 11 PE deals worth $178 million involving commercial MFIs. Some MFIs have also raised money through non-convertible debentures and securitization. Of late, commercial MFIs have also emerged as an asset class for institutional investors.

In their quest to grow fast and to serve the insatiable appetite of private equity investors, MFIs pushed inappropriate loans to poor borrowers without looking at the repayment ability of borrowers. The practice of multiple lending, ever-greening of loans and loan recycling (which ultimately increases the debt liability of poor borrower) became widespread. In some ways, lending practices by such commercial MFIs were akin to sub-prime lending in the US. As the defaults became imminent due to high interest rates, MFIs resorted to strong-arm tactics that have led rural poor to commit suicides.

It is a sad state of affairs that instead of giving a strong competition to usurious traditional moneylenders, commercial MFIs have become institutional moneylenders with no public accountability and responsibility. In fact, given the scale of business malpractices and reckless profiteering by greedy promoters of MFIs, they appear no better than traditional moneylenders. Not long ago, some promoters of commercial MFIs were conferred awards including the “Young Global Leaders” and “Social Entrepreneur of the Year” by World Economic Forum and others.

Without doubt, the Reserve Bank of India (RBI) has failed to regulate and supervise the activities of commercial MFIs which operate as NBFCs. The RBI should have conducted on-site inspections of large MFIs to assess their business model and actual practices.

Post-suicides, the RBI has formed a high-level committee to look into the functioning of commercial MFIs. The report of the committee is expected by early 2011. In an era of deregulated interest rates, it is unlikely that the RBI will put a cap on interest rates charged by the MFIs. Although Bangladesh, the home of microfinance, decided to cap microfinance interest rates in November 2010.

Alternatively, the RBI should impose a cap (in the range of 6 to 8 per cent) on net interest spread on loans provided by MFIs. Also the Finance Ministry could issue a directive to state-owned banks that they should stop lending to rogue MFIs which follow predatory lending and coercive means of loan recovery. Banks should also develop strict screening and performance criteria to lend money to MFIs. The priority sector lending norms should be tweaked by RBI to check loopholes which have been successfully exploited by commercial players.

The big MFIs and their lobby groups have challenged the Ordinance in the Andhra Pradesh High Court. Their main argument is that the Ordinance would lead to over-regulation and would stifle the microfinance industry. But the real issue is not over-regulation of MFIs but bringing them under some degree of social control and to ensure that they follow minimum norms and standards like any other commercial entity involved in money lending business. The new regulatory measures are supposed to usher transparency, accountability and stability in the operations of commercial MFIswhich is good for their poor clients. After all, the raison d’etre of MFIs is to serve poor people and broaden their access to financial services. What is needed is a dual approach consisting of a regulatory framework and empowerment of borrowers.

Of late, over 30 MFIs have launched a self-regulatory organization and a code of conduct to weed out bad practices. This is a positive move towards internal clean up but the fact remains that self-regulation code is voluntary and non-binding and therefore cannot stop greedy promoters from reckless profiteering. At best, self-regulation code can complement (not substitute) the regulatory and supervisory measures.

Until and unless commercial MFIs revisit their pure market-driven business model aimed at generating super profits for their investors, their operations will remain questionable and unjustifiable in India where 77 percent of population survives on less than Rs.20 per day.

In contrast, there are plenty of self-help groups (SHGs) and microlenders in India who follow a balanced approach between financial sustainability and social objectives. The SHG model serves many more poor households in India than the MFI model. The microfinance interventions by SHGs and similar groups have produced better results than MFIs because of their integrated approach towards building sustainable livelihoods.

As rightly pointed out by Dr. Y.V. Reddy (former Governor of RBI), commercial MFIs are leveraged moneylenders and borrow huge amount of money from banks and other financial institutions for on-lending. Besides, commercial MFIs operate on a mass scale serving millions of customers in the country. Therefore, it is high time that big commercial players realize that the “Wild West” period of microfinance is over.