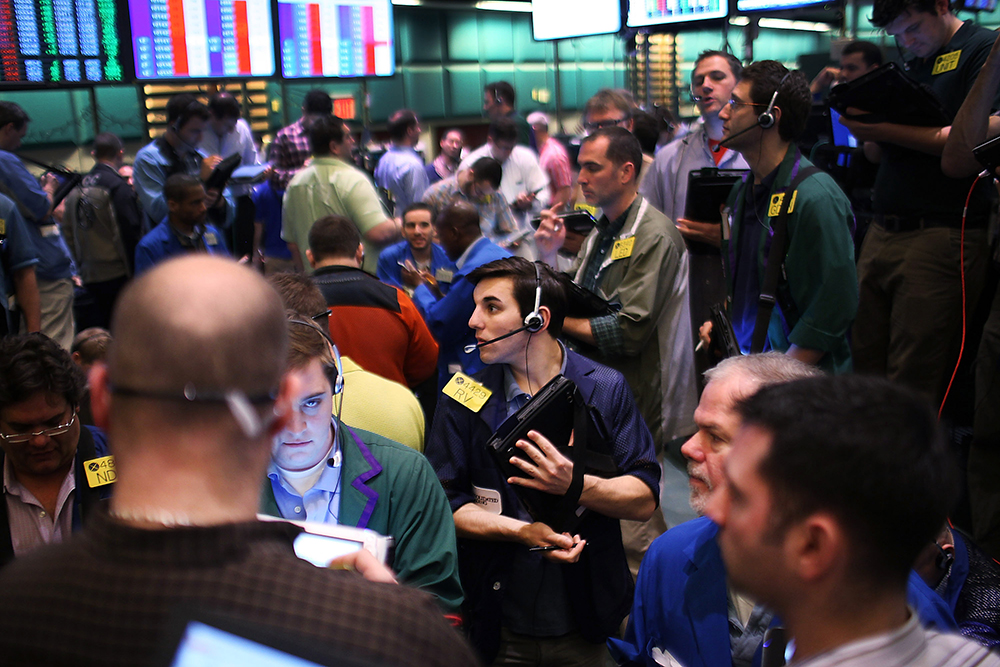 Since early 2004, international crude oil prices have witnessed a massive upsurge. For several days in the second half of 2004, oil prices remained at US$50 a barrel. Although oil prices have declined in the past few weeks, yet they still remain on a higher side. Almost 70 percent rise in oil prices in the past one year has caused widespread panic across the world. The price hike shocked the OPEC (Organization of Petroleum Exporting Countries) which expressed its inability to calm down the markets by increasing oil supply. Such an unpredictable rise in oil prices could have devastating consequences for the world economy which cannot cope with the latest “oil shock.”

But the basic question is: what contributed to the sudden rise in oil prices? Energy market analysts have postulated various arguments to explain the price upsurge. Most analysts have strongly argued that the oil price hike is solely contributed by fundamentals, particularly demand and supply factors. However, a closer scrutiny of the international oil statistics reveals that this argument lacks evidence. According to International Energy Association, the global demand for oil has only witnessed a modest increase, from 79.6 mbd (million barrels a day) in 2003 to 82.2 mbd in 2004. Therefore, it would be erroneous to attribute this modest increase in global oil demand behind such a steep price hike. The other argument that huge accumulation of oil stocks by the US (the largest oil consuming nation in the world), China and India has contributed to the price increase also lacks conviction because these countries have only build modest stockpiling of oil.

Some energy analysts have also blamed the ongoing Iraq war, social unrest in Nigeria and the Yukos crisis in Russia as major supply constraints behind the price hike. No denying that these geo-political and social developments are important factors but it is hard to believe that these factors are the main culprits behind the sudden price upsurge. Take the case of Iraq war. The US-led war against Iraq began in early 2003, much before the current price rise. Even if the supplies were restored in Iraq, the country would not have contributed more than 1 mbd, which is just one per cent of the global oil output.

The current upsurge in oil prices has more to do with rampant speculation in oil futures markets, rather than demand or supply factors. As prices in several international equity, bond, currency and credit markets are declining in the past one year, institutional investors and financiers have moved to energy markets, particularly oil, in search of higher returns. Because of its strategic value and low elasticity of demand, oil is different from other commodities and therefore has attracted the attention of speculative forces. In the words of Fadel Gheit, Senior Vice President of oil and gas research at Oppenheimer & Company (New York), “oil has become the only game in town.”

Much of speculation in oil markets takes place in futures markets, where a trader can enter a contract by paying a small up-front margin. Unlike other financial or commodity markets, trading in oil futures is highly concentrated. According to the data provided by the Bank for International Settlement (BIS), the New York Mercantile Exchange alone accounts for 65 per cent of global turnover in crude oil futures, the International Petroleum Exchange (located in London) accounts for more than 30 per cent, while the rest of exchanges account for less than 5 per cent.

Oil trading statistics indicate that non-commercial traders (such as hedge funds, investment banks and other market players who trade in futures markets primarily for speculative purposes) have substantially increased their positions in oil futures markets. Data compiled by the US futures regulatory authority, the Commodity Futures Trading Commission (CFTC), reveals that non-commercial traders have stepped up their long positions in oil futures markets since late 2003, in the anticipation of a rise in oil prices.

According to BIS statistics, open positions in crude oil futures — contracts entered into but not yet offset by a reversing trade or delivery — increased by more than 25 per cent over the first eight months of 2004. Positions held by non-commercial traders increased to 37 per cent of all open long positions on average over this period, up from 32 per cent in 2003. The BIS also found correlation between changes in non-commercial traders’ net long position and changes in the oil price. Taking undue advantage of geopolitical tensions, non-commercial traders indulged in rampant speculation in oil futures market which substantially contributed to herd behavior. Their massive presence in the oil markets, coupled with the geopolitical uncertainty, reinforced the upward trend in oil prices.

The growing speculative activity in the oil markets has to be seen in the wider context of financial liberalization and globalization under which the traditional walls between currency, equities, bonds and commodity markets are being broken everyday by institutional investors such as hedge funds, mutual funds and investment banks. Therefore, regulation of rampant speculation in oil futures markets would not be feasible without fundamentally altering the financial liberalization processes.

In the context of popular mobilization, the growing clout of speculators in the international oil markets poses new challenges to social and political movements. In the past few years, social movements have brought the issue of regulating volatile financial markets on the international policy agenda. In the context of global currency markets, they have demanded a global tax on currency transactions, popularly known as Tobin tax. Their demand for a Tobin tax has also received support within academic and policy circles. As noted above, if speculators are shifting their bets from currency and equities markets to oil markets in search for higher returns, then the concept of a Tobin tax needs to be redrafted and modified to ensure that such a tax should also be applicable to speculative activities in international oil and other markets.

Focusing action campaigns on one particular market (for instance, currency market) would certainly help in popularizing the issue but it may not be adequate to arrest the free flow of speculative money around the world. The battle against speculative money needs to be fought in other markets as well with a variety of regulatory mechanisms. To do so, social movements not only need to analyze the developments in all international markets but, more importantly, they should also develop a long-term strategy to address the growing domination of finance capital over the real economy.