Southern Transnationals: The New Kids on the Block? 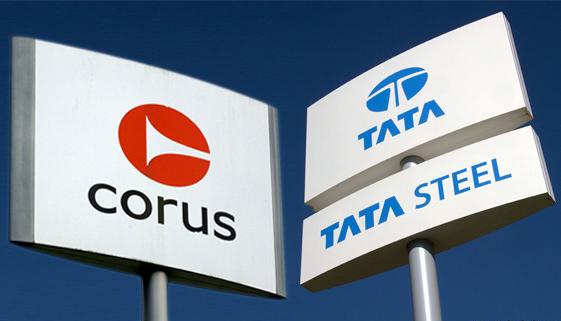 The mid-1990s witnessed the dramatic emergence of transnational corporations from the developing world. Although much of the investment by these corporations is concentrated in other developing countries (South-South), they are increasingly investing heavily in developed countries (South-North) as well. The South-South and South-North FDI flows are growing much faster than the traditional North-South FDI flows. However, 87 per cent of the total outward FDI flows in 2004 originated from just 10 developing countries.

In terms of foreign assets, the majority of top 50 Southern TNCs are headquartered in Asia (32), followed by Latin America (11) and Africa (7, all of them in South Africa). What is interesting to note is that the increase in FDI outflows is concentrated in many of the same countries that receive the bulk of FDI inflows to developing countries such as China, Brazil, India, South Africa, and Mexico. Outward FDI from China increased from a meager $400 million in 1980 to $38 billion by the end of 2004. China is also the second largest investor in Africa, after the US. In the case of India, there were 136 outward investment deals valued at $4.3 billion in 2005. The value of outward foreign investment by Indian firms almost nears the level of inward foreign investment. With the lifting of international sanctions and the relaxation of capital controls, South African TNCs such as the Anglo American Corporation, De Beers, and SABMiller have become dominant players in the African region. In the words of Graham Mackay, CEO of SABMiller, “If there was any more of Africa, we would be investing in it. The return on investments here (Africa) has been fantastic.” [1]

The motivations behind cross-border investments by Southern TNCs are not different from others. To a large extent, competition pressures arising from globalization processes (such as liberalization of imports and inward FDI) drive Southern corporations to invest abroad. Like their Northern counterparts, the Southern TNCs are investing abroad to gain access to natural resources, markets, skills, and technology. In some recent cases, acquiring brand names (such as the acquisition of IBM’s personal computer division by China’s Lenovo) seems to be the prime motive.

To a large extent, the expansion of South-South and South-North investment flows reflects the increasing integration of developing countries into the world economy. A number of important factors including regional integration through trade and investment agreements, trade and financial liberalization, increasing wealth as well as limited market size and resource base at home have encouraged Southern TNCs to invest abroad.

Instead of investing in greenfield projects, however, Southern transnationals are increasingly undertaking investments through acquisitions. Recently announced buyout deals (such as Beijing-based Lenovo’s purchase of IBM’s PC business and the acquisition by Mexican company Cemex of the UK’s RMC) suggest that Southern TNCs are more actively engaged in M&A deals. The bulk of India’s outward FDI is in the form of mergers and acquisitions, mainly in telecommunications, energy and pharmaceuticals. Even though most of the buyouts by Southern TNCs may still be under the billion dollar range, they portray an increasing outward orientation of big business in the developing world.

The bulk of South-South FDI flows are regional. For instance, nearly two-thirds of FDI into China originates in Hong Kong, Singapore, and Taiwan. Similarly, transnational corporations from Chile, Brazil, and Argentina operate largely in the Latin American region. Russian investments abroad have primarily been in the countries of the former Soviet Union while South African investments are almost completely located in Southern Africa.

In addition, the majority of South-South FDI flows are concentrated in the infrastructure and extractive sectors such as oil and gas. It is mainly state-owned corporations that dominate investments in these sectors. State-owned oil companies from China and India are rapidly acquiring oil and gas fields in Sub-Saharan Africa, Central Asia, and Latin America. For instance, almost half of China’s outward FDI went to acquire natural resource projects in Latin America in 2004. Similarly, India’s state-owned firm, Oil and Natural Gas Corporation, invested heavily in oil and gas fields in the Russian Federation and Angola.

Given that state-owned corporations are a significant source of South-South FDI flows (particularly in extractive industries and infrastructure), such investments may be driven not only by economic but also by political, strategic and diplomatic factors. The billions of dollars worth of investment by China in Africa is a case in point. The Chinese companies are involved in the building of oil refineries, dams, roads, and big infrastructure projects in several African countries including Sudan, Liberia, Angola, Chad, and Central African Republic. However, China’s investments in Africa are not purely driven by economic factors. To some extent, such big investments also help China in earning international goodwill and securing political support for its own agenda, particularly to isolate Taiwan diplomatically (out of total 26 countries that have full diplomatic relations with Taiwan, seven belong to Africa).

It is interesting to note that outward investments by Southern TNCs are also supported by their respective governments through removal of capital controls, fiscal incentives, and investment protection measures. China, Malaysia, Thailand, and Singapore have created special mechanisms to provide preferential treatment and insurance against risks through credit guarantees schemes. For instance, the Chinese government adopted a policy (“Go Global”) in 2000 to encourage its firms to invest abroad. China’s Export-Import Bank provides loans to firms for outward investments in resource development and infrastructure. If the investment is undertaken in an aid-recipient country, Chinese firms also receive preferential loans. Fiscal incentives are also provided to firms which bring machinery, plant, and equipment to their overseas ventures.

Some regional arrangements, such as the Southern African Development Community (SADC) and the Association of Southeast Asian Nations (ASEAN), also provide various incentives (including lower tax and tariff rates) for outward investment within the regions. Apart from fiscal and financial support, bilateral investment treaties and double taxation treaties between developing countries are growing.

To secure access to strategic assets, some Southern TNCs have also invested in developed countries such as Australia and Canada. In addition to the extractive and infrastructure sectors, there are also a few cases of large-scale South-North investments involving M&As. In particular, Chinese corporations have been active in acquiring several well-known consumer brand names, such as Thompson, RCA, and IBM.

Interestingly, tax havens are favorite destinations for many Southern TNCs as they are for Northern TNCs. The Cayman Islands, Bermuda, and Cyprus are the main destinations for Brazilian, Indian, and Russian outward FDI. Hong Kong plays an important role for the overseas expansion of Chinese corporations.

However, it needs to be emphasized here that some South-North investment deals have been subjected to intense political backlash in Northern countries. Several recent cross-border investment bids by Southern TNCs (for instance, the proposal by a Chinese company, China National Offshore Oil Corporation (CNOOC) to take over US oil company, Unocal) reflect growing unease among policy makers in the North.

Given the fact that most developing countries are usually capital importers, the rise of Southern TNCs poses new policy dilemmas. The policy makers in the developing world are increasingly finding it difficult to strike a balance between the country’s interest as a host country and its newly-found interests as a home country.

How should the new and growing phenomenon of outward FDI from the South be assessed? Are South-South FDI flows favorable to the host economy? Are the strategies and behaviors of Southern TNCs different from their Northern counterparts? Do Southern TNCs maintain better transparency, environmental, and labor standards than their Northern counterparts? What are the developmental impacts of investments by Southern TNCs? Who benefits from South-South investments? Who loses? Should South-South investment be promoted as an alternative to North-South investment flows? Unfortunately, the answers to such pertinent questions are hampered by the lack of in-depth studies and reliable data on South-South and South-North FDI flows. Despite such information gaps, one thing is certain: this new and growing phenomenon is going to play an important role in the global economy in the coming years.