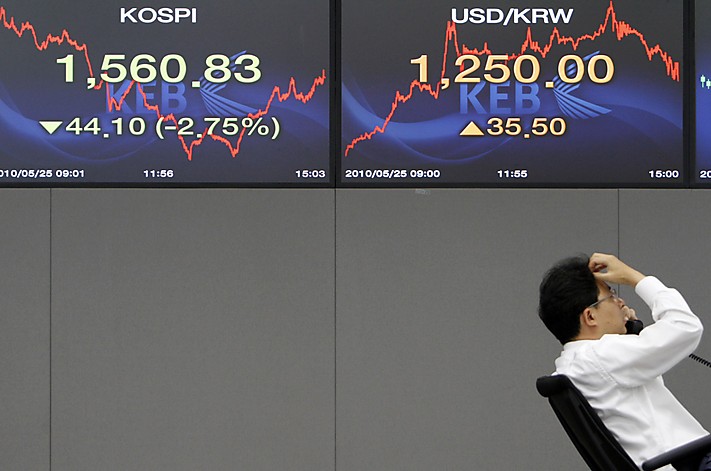 Of late, the authorities have been concerned about sharp fluctuations in the won particularly in the wake of European sovereign debt crisis and their negative impact on Korean exports. On May 25, the South Korean won’s three-month implied volatility touched 36.6 percent, the highest level since January 2009.

The overarching aim of currency controls in South Korea is to limit the risks arising out of sharp reversals in capital flows, as witnessed during the global financial crisis. The controls are specifically aimed at regulating capital flows and stabilizing its currency.

The policy measures announced by the Korean authorities have three major parts:

First, there are new restrictions on currency derivatives trades, including non-deliverable currency forwards, cross-currency swaps and forwards. New ceilings have been imposed on domestic banks and branches of foreign banks dealing with foreign exchange (forex) forwards and derivatives. For Korean banks, there will be a limit on currency forwards and derivatives positions at 50 percent of their equity capital. For foreign banks’ branches, the ceilings will be set at 250 per cent of their equity capital, against the current level of around 300 per cent.

Under the existing trading rules in Korea, banks can buy forex derivatives contracts without any limits. Many banks also rely heavily on borrowings from overseas to cover potential losses arising from forward trading. As a result of this lax policy regime, the forex derivatives trading substantially contributed in the rise in short-term overseas borrowings and external debt during 2006-07. According to official sources, almost half of the increase in country’s total external debt of US$195 billion during 2006-07 was due to the increase in forex forward purchases by banks.

In addition to new curbs on banks, the authorities have also tightened the ceilings on companies’ currency derivatives trades to 100 per cent of underlying transactions from the current 125 per cent.

These currency controls will come into effect from July 2010. But these will be implemented in a flexible manner. A grace period of three months has been allowed to avoid any sudden disruptions in derivatives trading markets and banks can cover their existing forward positions for up to two years if they exceed the ceilings.

Under the new rules, such loans will be restricted for overseas use only. As an exception, only the small and medium-sized enterprises (SMEs) have been allowed to use foreign currency financing for domestic use, to the extent that total foreign currency loans of SMEs remain within the current levels. This policy measure is very significant since excessive foreign currency bank loans are considered to be major sources of systemic risks in many emerging markets.

Tight regulations have been imposed on banks on the amount of short-term loans they can obtain from abroad. South Korea’s higher short-term foreign debt is a matter of serious concern. At $154 billion, its short-term external debt accounts for as much as 57 percent of its forex reserves.

A sudden shift in global market sentiment can trigger large reversals in short-term capital flows thereby precipitating a financial crisis of one sort or another. The relationship between excessive short-term external debt (intermediated through the banking system) and subsequent financial crises is well-known. The Korean economy has suffered badly by the boom and bust cycles of short-term capital flows in the past.

In addition to these policy measures, the Korean authorities also announced the establishment of a headquarter inside the Korea Center for International Finance (KCIF) to regularly monitor capital flows as part of developing an early warning system.

It is too early to predict the potential impact (positive and negative) of currency controls and other policy measures announced by the Korean financial authorities. Also some policy measures are medium and long-term in nature, which further makes the task difficult.

However, it is expected that such restrictions will lead to a considerable reduction in short-term foreign borrowings. Foreign banks may not find it profitable to carry out arbitrage trade due to regulatory restrictions and therefore may look for opportunities elsewhere.

Many analysts believe that ceilings on forward positions will limit the amount of short-term foreign debt and deter “hot money” flows. Nevertheless, it remains to be seen to what extent these policy measures will help in reducing currency volatility.

What is interesting to note is that a number of emerging markets are not averse to using currency and capital controls to cool down volatile “hot money” inflows which may fuel asset bubbles. In October 2009, Brazil announced a 2 percent tax on foreign purchases of fixed-income securities and stocks. Taiwan also restricted overseas investors from buying Time deposits. Due to this measure, Taiwan has witnessed a decline in speculative money from overseas.

Post-crisis, there is a renewed interest in capital controls (on both inflows and outflows). it is increasingly being accepted in policy circles that capital controls can protect and insulate the domestic economy from volatile capital flows and other negative external developments. Even the IMF and other die-hard champions of free market ideology are nowadays endorsing the use of capital controls (albeit temporarily).

In the present uncertain times, imposition of capital controls becomes imperative since the regulatory mechanisms to deal with capital flows are national whereas the financial markets operate at a global scale.

However, it needs to be underscored that capital controls must be an integral part of regulatory and supervisory measures to maintain financial and macroeconomic stability. Any wisdom that considers currency and capital controls as short-term and isolated measures is unlikely to succeed in the long run.