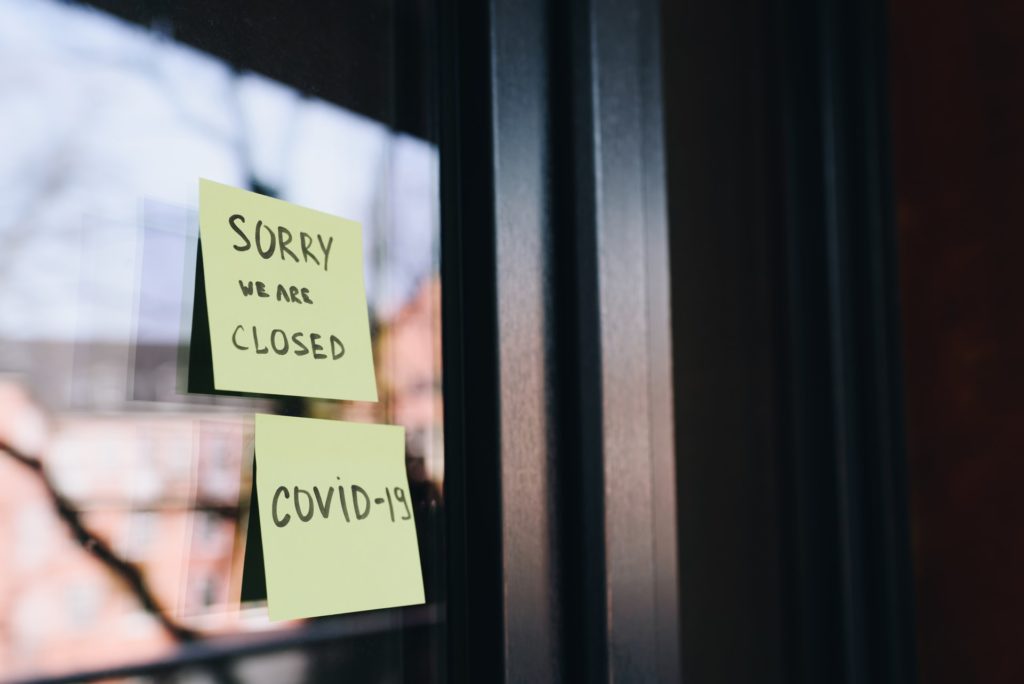 Arthur Cecil Pigou (1877-1959), a British economist, is well known for his contributions to welfare economics. One of the most prolific writers of his time, Pigou wrote over a dozen books and more than 100 articles and pamphlets dealing with both theoretical and practical aspects of welfare economics. His writings cover a wide range of human welfare issues from unemployment to housing to taxation.

In the 1920s, Pigou gave an analytical solution to the concept of externalities that occur when external costs and benefits spill over to third parties. He advocated a tax on any market activity that creates negative externality (spillover costs to third parties). A typical example of a negative externality is pollution. A variety of Pigouvian taxes are prevalent today to address negative externalities. Carbon taxes on fossil fuels are an excellent example of a Pigovian tax. Similarly, taxes on tobacco, sugary drinks, and plastic bags are imposed to reduce consumption and to create a more socially optimal outcome.

On the other hand, a positive externality occurs when benefits spill over to third parties. Pigou advocated that governments should encourage positive externalities by subsidizing goods and services (such as education and health) that generate spillover benefits. In sum, the Pigouvian taxes and subsidies are aimed at maximizing economic welfare.

A Levy on Capital

The four years of the First World War (1914-18) left Britain mired in debt. By the end of the war, Britain’s national debt stood at £7.1 billion, and the interest payments alone were equal to nearly one-third of government revenue. In 1920, Britain’s debt-to-GDP ratio was five times as large as it was in 1914. The key reason behind deteriorating public finance was heavy reliance by the British government on borrowings (rather than taxation) to finance wartime expenditure. The bulk of borrowings were in the form of floating debt and long-term loans. Taxes only contributed to just one-fourth of total wartime expenditure.

Right from the beginning of World War I, Pigou extensively contributed to domestic policy discussions on managing the fiscal burden of war finances. One of Pigou’s key recommendations was a one-time capital levy of 25 percent on the owners of capital or other wealth to reduce Britain’s fiscal burden. He elaborated on this idea at great length in several publications, including his two books (A Capital Levy and a Levy on War Wealth and The Political Economy of War).

The idea of a one-time capital levy to settle the war debt received broad political support in Britain after the end of the war. The proposal was endorsed by the Labour Party, Trade Union Congress, and others. The Labour Party fought the 1924 election on the platform of the capital levy.

Pigou’s capital levy proposal was severely criticized over the concerns related to administrative costs, disincentives for savings, and an exodus of capital from Britain. In response to such concerns, Pigou gave a point-by-point rebuttal and forcefully argued that a one-time capital levy would not affect the total amount of capital but would only transfer income and wealth from rich individuals to others via taxation. In his opinion, a one-time capital levy is a much better option than facing the prospect of at least five decades of heavy taxation. However, the Treasury rejected the levy proposal on the grounds that it would depress asset prices.

Pigou called for a more progressive tax system in Britain. He was unequivocally in favor of imposing higher tax rates on the rich, albeit temporarily. In his view, higher taxes on the rich were the best way to raise financial resources and should be “levied on an exceptional occasion for the purpose of financing an unprecedented war.” He contended that just like stronger men are needed to fight the battle, the economically stronger should also bear the extra tax burden.

He firmly believed that the British government had “committed a serious mistake in taxing so little and borrowing so much” to finance wartime expenditure. He was against indiscriminate government borrowing as it would necessitate higher taxes on the shoulders of poor people. Pigou wanted to shift the tax burden to those with the broadest shoulders. He explained that taxing the wealthy individuals would be the best option to reduce the war debt at once as the government cannot generate substantial additional revenue by taxing the poor.

In the words of Pigou: “In the present cataclysmic and exceptional war, the very rich and the rich ought to bear a proportion of the objective burden very much larger than that [in peacetime]. There is one way, and one way only, in which this result can be brought about. The ratio in which the war is financed with money borrowed from people with large incomes should be much diminished: and the ratio in which it is financed with money collected from them under some form of progressive taxation should be much increased.”

Pigou’s proposals for a capital levy and higher taxes on the wealthy individuals need to be revisited in the light of triple crises of coronavirus: a health crisis, an economic crisis, and a financial crisis.

Pundits have often used the war metaphor to explain the gravity of the health pandemic and its associated economic challenges. Even though the comparisons of coronavirus pandemic to war have inherent limitations, it is not hard to imagine that the economic damage caused by the Covid-19 pandemic worldwide could be far greater than the damage caused by World War II.

If not a war, Covid-19 is undoubtedly a public health emergency that has brought the global economy to a standstill and pushed the world into a recession that would be much worse than the 2008 global financial crisis.

In many important ways, the Covid-19 pandemic has dramatically exposed the existing fault lines in societies and economies around the world. Presently, we are witnessing only the beginning of social and economic impacts. More significant social and economic challenges lie ahead, especially for the poor and developing countries.

There are growing fears that the Covid-19-induced recession may last longer than initially anticipated – potentially into 2021 and even beyond. Although it is difficult to predict the shape of economic recovery, most economists foresee a ‘U’ or ‘W’ shaped economic recovery, rather than a ‘V’ shaped.

While it is too early to comprehend the full impact of the Covid-19 crisis on the global poverty levels, the World Bank has recently estimated that the crisis could potentially push 71 million to 100 million into extreme poverty. In particular, South Asia and Sub-Saharan Africa regions would witness a substantial increase in the number of poor people.

The International Labour Organization has estimated that nearly 400 million full-time jobs (based on a 48-hour working week) were lost in the second quarter of 2020, and the labor market recovery will remain uncertain and incomplete during the second half of 2020. Needless to add, the ambitious Sustainable Development Goals (SDGs) set out by the UN are under threat from the coronavirus pandemic.

The governments around the globe are struggling with a “scissors effect” of decreasing tax revenues due to sudden stop in economic activity and rising expenditure due to a higher demand for health and social protection in the wake of the Covid-19 pandemic. Apart from strengthening public health infrastructure, there have been renewed demands across countries for ensuring basic minimum income for the poor and most vulnerable households.

To mitigate the economic catastrophe, governments need plenty of money. Now the moot question is: Where will the money come from? A country may choose to borrow money from official or private lenders, but it would entail a higher debt burden on future generations. Another option is to print money and spend it, albeit with some constraints. Another option is to introduce a wealth tax or impose higher taxes on the rich. As discussed in Briefing Paper # 37, governments could raise substantial revenues in a fair and efficient manner by introducing wealth taxes on wealthy individuals to meet Covid-19-related costs, without placing additional burdens on future generations.

Covid-19 Crisis: An Opportune Time for a Wealth Tax

Contrary to popular perception, wealth taxes are not new. Many countries (from India to South Africa to Canada) levied a variety of wealth taxes in the past. With the advent of neoliberal economic policies in the 1990s, wealth taxes went out of fashion. Some European countries (Norway, Spain, Switzerland, and Belgium) still enforce a wealth tax.

The imposition of a wealth tax on wealthy individuals becomes even more critical in the present time as the wealth of global billionaires is rapidly increasing since the onset of Covid-19. Amid the pandemic, the net worth of the world’s leading billionaires spiked while millions of poor people across the globe lost their jobs and livelihoods.

According to a recent report by the Institute of Policy Studies, US billionaires saw their total wealth surged by over $755 billion between March 18 and July 23, 2020, while over 52.4 million Americans filed for unemployment benefits during the same period. Somewhat similar trends could also be seen across countries. In India, for instance, Mukesh Ambani added $15.5 billion (Rs 1.16 lakh crore) to his fortune in July alone following a series of capital raising deals with global investment and technology firms. As per the Bloomberg Billionaires Index, Ambani is the fifth-wealthiest person in the world with a net worth of $78.9 billion as of July 30, 2020. In contrast, the pandemic could push 260 million Indians into poverty, according to the estimates by the United Nations and Oxford Poverty and Human Development Initiative.

So what could be the revenue-generating potential of a capital levy in the US? Ian Kumekawa has estimated in a back-of-the-envelope exercise that a 5 percent levy on the US’s richest 1 percent could raise $1tn and an additional 5 percent levy on the wealthiest 0.1 percent could furnish half a trillion more, thereby covering half of the US’s pandemic fiscal stimulus. If carefully designed and implemented, a one-time levy or a continued wealth tax could mobilize a portion of funds needed to tackle the Covid-19 pandemic in other countries too.

Although Pigou had proposed the wealth tax as a one-time levy to pay off the national debt, the idea of a continued wealth tax on super-wealthy is gaining traction in Latin America. In April 2020, Peru announced a solidarity tax on wealthy Peruvians with an objective that they should shoulder a larger share of the economic burden of the Covid-19 pandemic. Similar wealth taxes have also been endorsed by opposition candidates and parties in Brazil, Bolivia, Chile, and Ecuador to fill the massive fiscal holes created by the pandemic.

In the US, even before Covid-19, the Democratic presidential candidate hopeful Senator Elizabeth Warren and Senator Bernie Sanders advocated wealth taxes to increase tax revenues and to reduce inequality.

The unprecedented nature of the Covid-19 pandemic offers a new window of opportunity to governments to introduce wealth taxes on wealthy sections of society. Specifically targeted only at wealthy individuals, wealth taxes (in myriad forms) need immediate consideration by policymakers to mobilize the resources required to mitigate the social and economic impacts of the Covid-19 pandemic.

Photo by Anastasiia Chepinska on Unsplash