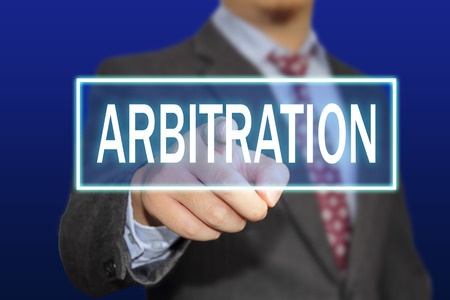 A spate of mega-regional trade agreements with strong investment protection standards have been recently concluded or are currently under negotiations. The TPP (Transpacific Partnership) and TTIP (Transatlantic Trade and Investment Agreement) are prime examples of this growing trend. Way back in 1959, Germany and Pakistan signed the first Bilateral Investment Treaty (BIT) in the world. Without knowing, they marked a new era as many countries have followed their example since then. Currently, the international legal system that governs international investment flows consists of about 3000 BITs and other international investment agreements (IIAs).

In recent years, however, a large number of countries have faced costly international investment treaty claims on matters of economic policy, financial stability, and environmental and health regulation. This in turn has sparked many governments to rethink and revisit their current bilateral investment treaties regime. Serious questions are being raised by citizens and their representatives about the legitimacy and effectiveness of the BIT regime. The ongoing policy debates on reforming the multi-layered investment treaty regime call for collective thinking and constructive engagement by all stakeholders – governments, inter-governmental organizations, the private sector, civil society, think-tanks and academia.

A new book published by Both ENDS, Madhyam and SOMO takes stock of current developments and explores alternative approaches to reform investment treaties. It provides an up-to-date account of the model BIT reviews undertaken by South Africa, India and Indonesia. Some of the authors have suggested a broad gamut of useful policy solutions. The book attempts to launch a dialogue among government officials, legal experts drawn from academia, international organizations and civil society groups to address the systemic shortcomings of the current BIT regime.

“Almost all investment treaties include a so-called ‘Investor to State Dispute Settlement mechanism’ (ISDS), allowing investors to sue their host state when changes to regulations threaten to reduce profits. Many countries have already faced unexpected claims against them, because they wanted to implement new laws or rules to ensure financial stability, or to protect the environment or the health of their people,” says Kavaljit Singh, director of Madhyam, New Delhi.

“In recent years the awareness about the implications of prior little know international investment agreements has been growing significantly, and the call to roll back their regime is getting stronger. Several developing countries already terminated their BITs or are in the process of doing so. But also in the northern hemisphere the negotiations of new transatlantic trade and investment agreements (CETA and TTIP) have led to a fast growing opposition against the ISDS-system amongst citizens as well as politicians.” Says Burghard Ilge of Both ENDS, the Netherlands.

The free-to-download ebook contains 19 distinct analyses by leading experts in the field, covering both national and international perspectives. Some contributions are written by current or former government officials, others are written by legal experts, researchers and economists based in academia, think tanks and NGOs. It is very rare to find contributions by authors from such diverse backgrounds in a single publication. The book covers a wide range of topics – from current trends in investor-state arbitration to the wider ramifications of investment treaties on sovereign debt restructuring, the extractive industry, intellectual property rights and human rights.

“The book fills an important void in our understanding of bilateral investment treaty regime that has evolved over the decades. I hope that this free-to-download publication will trigger a constructive public debate on the nature and the quality of cross-border investments. I am sure that such a debate will facilitate cross-border investment flows which are benign and consistent with the interests of the people at large in the recipient countries”, says E. A. S. Sarma, Former Secretary, Department of Economic Affairs, Ministry of Finance, Government of India.

This book will be of prime interest to anyone concerned with issues surrounding bilateral investment treaties and international law. In particular, the book will be useful to policymakers, parliamentarians, private sector companies, NGOs, academics, lawyers, scholars and journalists.