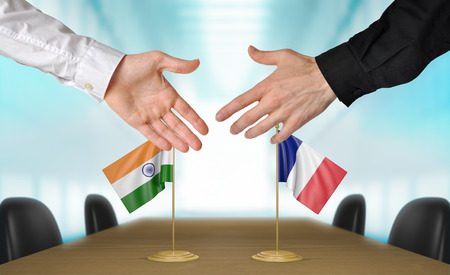 On the interpretation of the standard for fair and equitable treatment, India’s joint interpretative statement clarifies that the concept of FET “does not require treatment in addition to or beyond that what is required by the customary international law minimum standard of treatment of aliens, and does not create additional substantive rights.” The minimum standard of treatment of aliens is a norm of customary international law which provides a minimum set of principles for states to respect while dealing with foreign nationals and their property.

The JIS points out that a measure shall constitute a violation through customary international law minimum standard of treatment only in case of:

The statement further clarifies that the FET standard does not require compensation for following measures taken for the pursuit of public policy objectives:

Effective Means of Asserting Claims and Enforcing Rights: The note on interpreting “effective means” obligation explains that normal delays in judicial or administrative proceedings do not violate this obligation. Further, it points out that a breach of this obligation will only occur if the investor has exhausted all the available domestic remedies.

In the Indian context, these explanations are very important as the White Industries Australia Ltd. vs India arbitral award (2011) ruled that White Industries was denied “effective means of asserting claims and enforcing rights” with respect to its investments in India. The award held India liable for damages over enforcement delay of an ICC award between White Industries and Coal India (a state-owned entity) by the Indian courts.

Umbrella Clauses: On obligations related to umbrella clauses, the JIS clarifies that any written contract between a Contracting Party and an investor does not include acts by governmental, administrative or judicial authority and therefore an investor should pursue relief remedies available as per the dispute resolution procedures mentioned in the underlying contract. The JIS states that an investor can only pursue dispute resolution under BIT “in the absence of the contractually specified procedure, or if no procedure is specified, in the absence of the normal local judiciary remedy.”

On national treatment obligation, the statement calls for a comparison between investors and investments that are in “like circumstances” and thereby requiring a case-by-case examination of all factors including the sectors, operations of investors, legal and regulatory regime, and actual and potential effects of the investments on third persons, local community and national environment.

Expropriation: After differentiating direct and indirect expropriation, the text states that a measure having an effect equivalent to nationalization or expropriation requires a case-by-case, fact-based inquiry, considering various factors including whether:

Essential Security Interests: The statement clarifies that measures taken by Contracting Party for protection of essential security interests shall not be open to review by any arbitral tribunal.

Investor-State Dispute Settlement: In order to establish the existence of a dispute under ISDS, the joint interpretative statement puts the burden on the investor to demonstrate whether it has suffered actual and non-speculative damages as a direct consequence of breach of treaty obligations. It further states that “nothing in this Agreement shall be interpreted to constitute a waiver or limitation of any rights or defenses of either of the Contracting Parties under international law, including rights to regulate within their respective borders, and abilities to invoke defenses, force majeure and sovereign immunity.”

Finally, the joint interpretative statement points out that any interpretation of a BIT, jointly agreed to and issued by the Contracting Parties, shall be binding on arbitral tribunals.

At the time of writing, the response of 25 countries – which were approached by India to sign the JIS for clarifying ambiguities in the existing treaty texts – is not yet publicly known.