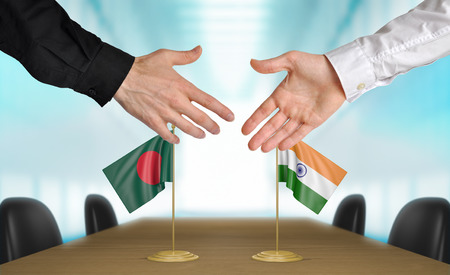 As part of ongoing initiatives towards restructuring its bilateral investment treaty regime, the Indian government has recently approached 25 countries – with whom the initial duration of treaty is not yet over – to sign a joint interpretative statement to clarify ambiguities in the existing treaty texts. The objective of this move is to minimize the possibility of arbitral tribunals interpreting the treaty provisions vastly different from what the contracting parties originally had in mind when they signed these treaties.

This policy move complements the other initiative to terminate 57 treaties and replace them with new ones as per 2015 Model BIT. Both these initiatives have been undertaken in response to the rapid increase in the number of investment treaty claims challenging public policies and demanding billions of dollars in compensation for the alleged violation of India’s bilateral investment treaties.

Of course, India is not the only country whose investment treaty regime is facing challenges. Currently a large number of developing and developed countries are facing an increasing number of arbitration claims. According to the UNCTAD, the total number of publicly known ISDS claims reached 696 in 2015, out of which 70 ISDS cases were filed in 2015 alone.

The Importance of Joint Interpretative Statements

Even though joint interpretative statements are purely limited to clarifying the treaty text, these have assumed greater significance in recent years due to four key reasons.

Firstly, the clarifications can help foreign investors to understand the contours and limits of treaty protections before initiating an investment claim against a host country. Hence, it can deter filing of frivolous claims by investors under the BIT.

Thirdly, the interpretative statements can provide guidance to tribunals in their reading of investment protection measures. This matter has become very important as tribunals enjoy a significant margin of discretion in determining the substantive and procedural protections available under the BIT. There are plenty of instances in the recent past where the tribunals have interpreted broad and imprecise provisions (such as fair and equitable treatment and umbrella clauses) in totally conflicting ways thereby creating more confusion than clarity. In the aftermath of financial crisis of 2001, the arbitral awards issued against Argentina citing violation of FET and umbrella clauses of US-Argentina BIT are prime examples of this trend. In order to enhance consistency, quality and predictability of awards, the contracting parties are increasingly exploring the option of issuing joint interpretative statements.

Lastly, the issuance of joint interpretative statements is widely perceived as more effective in reducing exposure to international investment arbitration, instead of unilateral termination of treaties. Needless to say, it allows greater flexibility to address shortcomings of investment treaties in force.

It is important to note that the international law allows the contracting parties to issue joint interpretative statements at any stage during the lifetime of an investment treaty. Articles 31 and 32 of the Vienna Convention on the Law of Treaties contain comprehensive rules related to treaty interpretation which are extensively used by several international bodies including the International Court of Justice.

Following are some of the important interpretative notes listed in the consolidated text:

Definition of Investor and Investment: It clarifies that the term investor means only an entity which is duly established in that Contracting Party and “is engaged in substantial business activities in the territory of that Contracting Party.” The note further clarifies that the substantial business activities do not include business alliances set up for tax avoidance purposes and the passive holding of stock, securities, land and other property.

The pre-establishment or pre-investment activities will not get any protection. As per the note, the minimum characteristics of an investment are:

It says that portfolio investments as well as claims to payment resulting from sale of goods or services will not constitute investments.