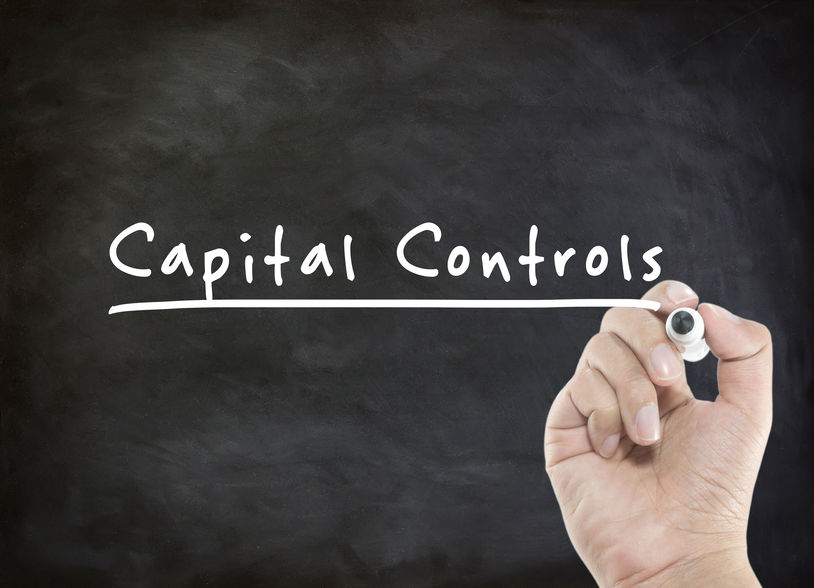 It is difficult to make any generalization on the countries’ experiences as significant heterogeneity exists across countries in terms of type, nature, sequencing, and intensity of capital controls. However, some notable trends are visible. For instance, over the last three decades, there has been a marked shift regarding preference over the types of capital controls, from the earlier quantitative restrictions to price-based controls. The growing preference for using price-based mechanisms is largely in tune with a market-based approach to financial regulation.

Further, a significant number of capital controls are associated with the banking sector as compared to non-banking sectors. This may be because of the dominance of banks in the financial sector of most countries. The relatively small number of banking institutions and their regulatory mandates make it easier to implement controls on the banking sector.

Many EMEs are increasingly in favor of deploying controls on capital inflows, rather than on outflows. This preference is perhaps due to the growing realization that by putting controls on inflows, policymakers can limit the build-up of risk in the financial system and prevent the occurrence of the problems associated with destabilizing capital inflows. While controls on outflows are usually introduced in response to a sudden reversal in capital flows.

Below is a brief description of country experiences with capital controls.

Chile is often showcased as a successful example of using price-based controls to restrict short-term capital inflows that played an important part in causing the massive real exchange-rate appreciation. To discourage short-term borrowing without affecting long-term foreign direct investments, the Chilean central bank imposed a one-year Unremunerated Reserve Requirement (URR) – encaje – of 20 percent on foreign loans and fixed-income securities. In simple terms, it meant that anyone in Chile borrowing money abroad had to deposit 20 percent of that loan as a deposit at the central bank, without interest, for one year. After one year, the central bank would return the funds. The foreign creditors were also given the option to pay an up-front fee marginally higher than the interest cost of the URR.

The URR, which is essentially a price-based control, acted as an implicit tax on capital inflows and helped in altering the composition of capital inflows in favor of long-time inflows.

In subsequent years, the rate of the URR was increased and its coverage extended to cover most forms of foreign financing except FDI. From time to time, the Chilean authorities adopted a flexible approach towards the imposition of URR, and therefore it underwent several modifications since its introduction. As the private sector found ways to circumvent the URR, the Chilean authorities closed loopholes by extending its coverage to secondary market ADR operations and other speculative portfolio flows.

When capital inflows fell in the wake of the Asian financial crisis, the URR was ultimately eliminated to zero in September 1998. Following the experience of Chile, Colombia also introduced a one-year URR of 47 percent on all foreign loans with maturities of less than 18 months in 1993.

As Malaysia was severely affected by the 1997 Asian financial crisis, the country steered its own course to manage the crisis instead of following a more conventional IMF path. On September 1, 1998, the Malaysian government announced an extensive set of capital controls to eliminate speculative pressure on the ringgit and curb short-term capital flows, while no restrictions were placed on long-term financial transactions. The restrictions included repatriation of ringgit held offshore and a ban on the offshore trading of the ringgit; ban on short-selling of the listed stocks; a minimum stay period in portfolio investment for 12 months subject to penalties for early withdrawal; the ringgit was pegged at 3.8 against the US dollar; and administrative restrictions on transfer of capital by residents. By insulating the domestic economy from external shocks, capital controls gave the Malaysian authorities some breathing space to undertake necessary policy reforms in the financial sector while restoring monetary policy autonomy.

Post-crisis, the real interest rate declined, and controls halted the further depreciation of the currency. It is widely recognized that the sound macroeconomic management in the post-crisis period enabled a faster and less painful recovery in Malaysia as compared to other crisis-affected Asian countries such as Thailand and South Korea. Some of the apprehensions that capital controls will result in the flight of FDI, the proliferation of illegal currency markets and corruption have proved to be without substance. Once the economy was put on track, capital controls were gradually relaxed and subsequently removed.

In November 2008, Iceland introduced capital controls to stabilize its currency – króna – and prevent massive capital flight after a severe banking crisis hit the country. Iceland’s big three banks (Kaupthing, Glitnir, and Landsbanki) collapsed in October 2008. These three debt-burdened banks had combined assets almost ten times the size of the GDP of Iceland and became early victims of the global credit crunch. These banks lured savers in the Netherlands and Britain by offering higher interest rates than those offered in their domestic markets. The banks spend the cash on buying foreign assets of questionable quality.

Following the banking sector collapse, the value of króna depreciated rapidly as investors chose to exit. The Icelandic krona lost half its value prior to the crash. The widespread use of foreign currency in domestic lending created the risk of massive capital outflows and, therefore, the government imposed strict restrictions on foreign exchange transactions and cross-border movement of domestic and foreign currency. The Foreign Exchange Act was amended to allow current account transactions only. The capital controls were implemented as a part of the conditionality of a Stand-By Arrangement with the IMF. Iceland is part of the European Economic Area (EEA). The principle of free flow of capital is enshrined in Article 40 of the EEA Agreement, but the Icelandic government invoked Article 43 which provides exemptions under certain conditions. Article 43 (2) of the EEA states: “If movements of capital lead to disturbances in the functioning of the capital market in any EC Member State or EFTA State, the Contracting Party concerned may take protective measures in the field of capital movements.” The capital controls helped in stabilizing the foreign exchange market and preventing destabilizing capital outflows. Iceland’s capital controls were meant to last for two years, but they lasted much longer than initially envisaged under the IMF program. By 2017, Iceland lifted all capital controls after its economy returned to growth and the objectives set out at the beginning of economic program were achieved.

In October 2009, Brazil imposed a 2 percent tax (Imposto Sobre Operações Financeiras – IOF) on foreign investments in fixed-income, portfolio, and equity investments as the country’s sophisticated financial markets attracted large capital inflows in the aftermath of the 2008 crisis. Subsequently, the tax on fixed-income inflows was further raised to 6 percent in October 2010 besides several additional restrictions on capital inflows were introduced. In July 2011, a tax on the notional amounts of currency derivatives was also introduced. All these measures were market-based and implemented in a transparent manner. What about effectiveness? While several studies point to the limited success of capital controls in containing the exchange rate appreciation, some studies have found that certain controls (including a tax on currency derivatives) adopted later in mid-2011 were effective. [1]

China maintains a tight level of controls on both inflows and outflows while gradually pursuing capital account liberalization since the 2000s as part of its move towards internationalization of the renminbi. Driven by market expectations of renminbi depreciation and concerns about the slowdown in China’s economy, large capital outflows began in 2014 and rose to an estimated $1 trillion in 2015.

The Chinese policymakers were concerned over the implications of capital outflows on the macroeconomy. They responded by spending foreign reserves and imposing new restrictions on outflows to stabilize the currency. From mid-2014 to early 2017, China spent close to $1 trillion in foreign reserves to defend the exchange rate. The restrictions to limit outflows include additional reporting requirements for banks; strict penalties for violating limits on capital transfer by residents; and tighter scrutiny on the export of capital for buying real estate, insurance, and bonds. It is too early to gauge the effectiveness of these measures in isolation with other developments, but controls seem to have been partially effective in stemming capital flight. China’s foreign exchange reserves are still declining, but at a slower rate.

In August 2018, China re-imposed a 20 percent reserve requirement ratio on the trading of foreign-exchange forward contracts. This measure was introduced in 2015 to make it more expensive to short the yuan but removed in September 2017. However, the Chinese authorities insist that this measure is a macroprudential tool, not capital control.