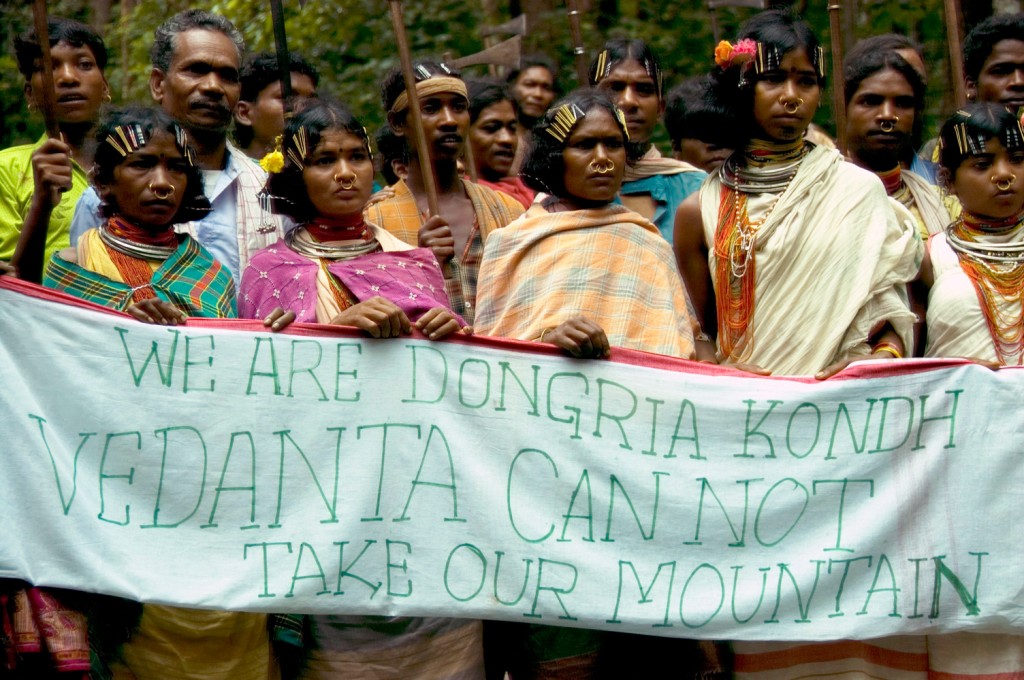 On Nov. 19, the Norwegian Embassy in New Delhi received some unusual visitors. The visitors were Indian citizens, but ethnically they belonged to a distinct tribal minority group called Dongria Kondh. Dressed in their traditional attire, the tribal representatives came all the way from the remote Niyamgiri hills of Orissa to express gratitude to the Norwegian authorities for selling the country’s equity stake in the British-based metal company, Vedanta Resources, on ethical grounds. Norway’s sovereign wealth fund, the Government Pension Fund-Global, had an investment of about $14 million (an equity ownership of 0.16 percent) in this company. The Dongria Kondhs have been opposing a proposed $850 million aluminum refinery and bauxite mining project belonging to Vedanta. Representatives of the tribe assert that the project would lead to a substantial loss of their livelihoods and traditional culture, and would destroy water sources.

Given the poor economic status and weak political clout of the tribal community, their concerns were initially largely overlooked by both state agencies and company officials.

However, their resistance received a major boost two years ago when campaigners, human rights groups and advocacy groups from India and Britain lent support to their cause. That was how Norway’s sovereign wealth fund, one of the largest such funds in the world, became active.

Unlike other sovereign wealth funds from the Middle East and Asia, Norway’s fund follows some of the strictest disclosure and ethical standards. In 2004, the fund adopted ethical guidelines that bar investment in companies if there are serious violations of human rights, labor exploitation, corruption or environmental damages.

The evaluation of the investment portfolio from ethical perspectives is frequently carried out by the Norwegian fund’s Council of Ethics.

On the recommendations of the council, the fund had sold its equity stake in several major corporations in the recent past. Interestingly, such penal actions had no adverse impact on the fund’s financial performance.

After carrying out investigations in Vedanta’s four Indian subsidiaries, the council submitted its report to Norway’s Ministry of Finance on May 15. The report said in part: “The allegations leveled at the company regarding environmental damage and complicity in human rights violations, including abuse and forced eviction of tribal peoples, are well founded.”

Based on the council’s advice, the Norwegian Finance Ministry ordered the fund to sell off its stake in Vedanta. On Nov. 6, the ministry announced the completion of sale at its Web site.

Undoubtedly, the Norwegian decision has lifted the morale of Dongria Kondhs and their supporters. They feel that their concerns stand vindicated.

Should one welcome the Norway’s decision? The answer is yes. If globalization can facilitate the movement of capital, goods and services across borders, the same instrument could also be used to seek the support of the international investment community in influencing corporate behavior.

Until now, such boycott actions have been largely used to put pressure on repressive regimes (such as South Africa’s apartheid regime in the past and Sudan and Burma today).

Perhaps this is the first time that such action took place in a private investment project located in a democratic third-world country.

Should boycott action be the only effective way to bring corporate accountability?

The answer is no, for three main reasons.

First, the real political contest for tribal community remains with the local and national authorities, that have the legal power to regulate the corporations and enforce human rights and other standards within their jurisdictions.

Second, on a purely financial basis, Norway’s sale of equity (a miniscule 0.16 percent) had no major impact on the share value and market capitalization of Vedanta Resources. The shares sold by the Norwegian fund were bought by some other entity in the financial markets.

But in this case, at least it is a moral victory for the Dongria Kondhs.