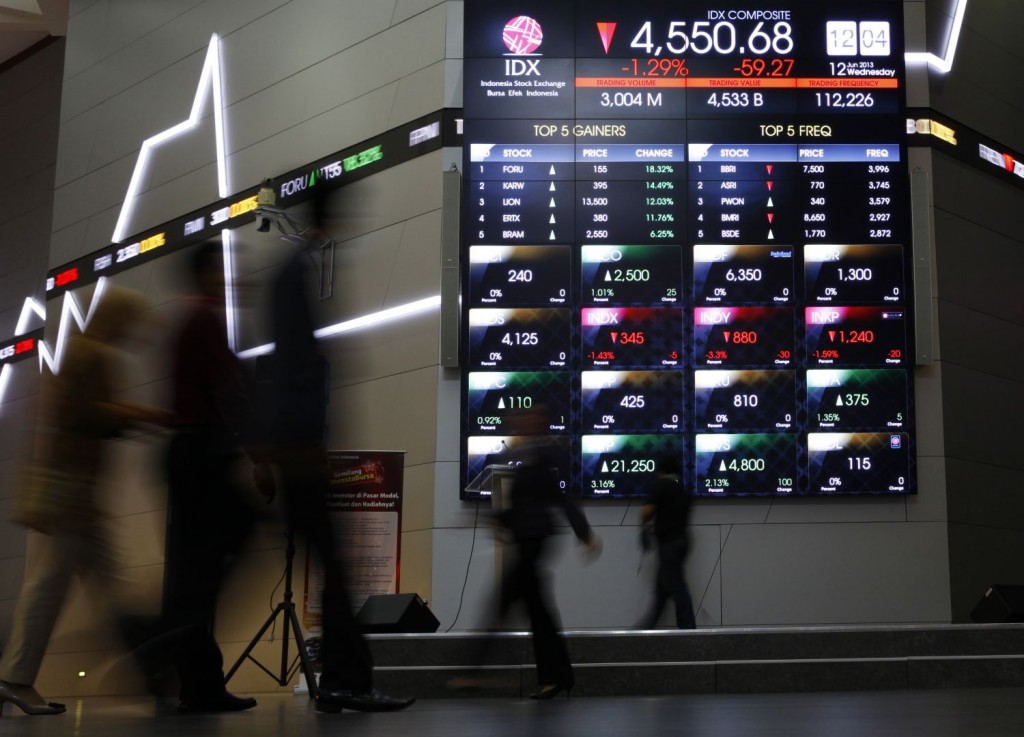 Within three days of South Korea imposing currency controls, Indonesia (a member of G-20) unveiled several policy measures to regulate potentially destabilizing capital flows. The policy announcement by Indonesia is the latest initiative by emerging markets to tame speculative money which could pose a threat to their economies and financial systems.

1. To make short-term investments less attractive, there will be a one-month minimum holding period on Sertifikat Bank Indonesia (SBIs) with effect from July 7, 2010. During the one-month period, ownership of SBIs cannot be transferred. Issued by central bank, the one-month SBIs are the favorite debt instruments among foreign and local investors because of their high yield (an interest rate of 6.5 per cent in early June 2010) and greater liquidity than other debt instruments.

2. The central bank will increase the maturity range of its debt instruments by issuing longer dated SBIs (9-month and 12-month) to encourage investors to park their money for longer periods. So far, the longest maturity of its debt was six months.

These new curbs are in response to growing concerns in Indonesia over short-term capital inflows. In the words of Darmin Nasution, the acting governor of Bank Indonesia, “These measures are aimed at strengthening the effectiveness of our monetary operation, maintaining financial market stability as well as to deepen the financial markets.”

Given the historically low levels of interest rates in most developed countries, Indonesia has received large capital inflows since 2009. Unlike other Asian economies such as Singapore andMalaysia, the Indonesian economy showed some resilience during the global financial crisis. Despite hiccups in the financial markets, the Indonesian economy registered a positive growth of 6.0 per cent in 2008 and 4.5 per cent in 2009, largely due to strong domestic consumption and the dominance of natural resource commodities in its export basket.

Its relatively better economic performance has attracted large capital inflows in the form of portfolio investments since early 2009. Consequently, Indonesia’s stock market index was up 85 per cent in 2009, the best performer in the entire Southeast Asian region. Besides, the rupiah rose 17 per cent against the dollar last year.

Because of massive speculative capital inflows, the Indonesian authorities were concerned that its economy could be destabilized if foreign investors decide to pull their money out quickly. Therefore, it was very much anticipated that the central bank will undertake corrective steps to maintain financial stability. As a balancing act, the authorities have avoided any restrictions on long-term investment flows.

Analysts believe that these policy measures may deter hot money inflows into the country and monetary policy may become more effective. However, they expect tougher measures in the future if volatility in capital flows persists.

Some analysts also expect that the new curbs may shift capital flows to other financial assets such as government and corporate bonds.

As mentioned earlier, Indonesia is not alone in imposing curbs on volatile capital flows in the recent months. On June 13, 2010, South Korea imposed comprehensive currency controls to protect its economy from external shocks. In October 2009, Brazil introduced a tax on foreign purchases of stocks and bonds. Taiwan also restricted overseas investors from buying time deposits. Some other countries including Russia and Pakistan are also contemplating similar measures.

The policy pronouncements by Indonesia and South Korea assume greater significance because both countries are members of the G-20, the forum currently engaged in policy making on global financial issues. In 2010, South Korea chairs the G-20. It remains to be seen how other member-countries of G-20 (particularly the developed ones) respond to the use of capital controls as a policy response to regulate speculative capital flows.