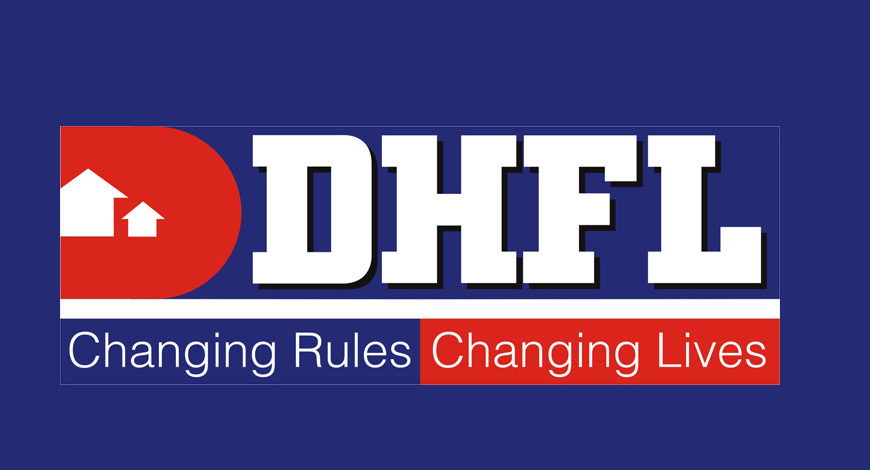 The ongoing liquidity crisis in India’s shadow banking sector is intensifying. The troubles that started with defaults by Infrastructure Leasing & Financial Services Limited (IL&FS) last year are far from over as the sector continues to face a severe liquidity crisis. If tight liquidity conditions persist over the next three quarters, it may turn into a solvency issue for several shadow banks.

After the IL&FS collapse, the entire sector is facing a crisis of confidence as investors are shying away from investing in securities issued by shadow banks. Several shadow banks are finding it difficult to raise money from banks, mutual funds, and the rest of the financial system for either funding their growth or rollover of existing short-term debt. Some are resorting to asset monetization to meet their immediate repayment obligations. Leave aside those shadow banks that have weak financial profiles, even financially sound and better-governed entities are also facing a liquidity squeeze. Most private-sector shadow banks have reduced disbursement of loans to preserve liquidity.

After grown aggressively in the last three years, the credit disbursals by shadow banks have fallen almost by a third this year and consequently lending to housing, automobile, consumer durables, and small businesses has substantially reduced. Since shadow banks play a vital role in loan financing in the housing and automobile sectors, the reduced availability of funding has significantly contributed to the slowdown in these sectors.

The automobile sector has been badly hit by the ongoing liquidity crisis as shadow banks were the leading financiers of commercial vehicles, passenger cars, and two-wheelers in India. Before the onset of the liquidity crisis, close to 40 percent of new auto loans were issued by shadow banks.

According to Society of Indian Automobile Manufacturers, passenger car sales declined by 26 percent in April-July 2019 over the same period last year. Close to 300 dealer showrooms of passenger vehicles have shut down across India in the last one year as shadow banks have stopped financing vehicle purchase, while automakers have either cut production or shut production plants temporarily to keep inventory in check. Analysts estimate that tens of thousands of jobs in India’s auto sector are at risk if the slump in the automobile sector continues.

Since commercial banks are still struggling with high levels of non-performing assets, they are not rushing in to fill the void left by the shadow banks. Rather, commercial banks may also like to reduce their exposure to stressed sectors such as automobile and housing to improve their balance sheets.

All these developments in the financial sector will have severe ramifications for the overall economy as the bulk of India’s economic growth is driven by domestic demand.

Since September 2018, hardly a week passes without more bad news about the cash-strapped Dewan Housing Finance Corporation Ltd (DHFL). On August 16, DHFL again defaulted on its repayment obligations worth Rs 15.7 billion on non-convertible debentures and commercial papers. Nothing new as the company has not been able to meet most of its debt repayment obligations since June 2019, but this was the largest default by the DHFL till date.

The company’s lending business has virtually come to a standstill with no fresh disbursements of loans taken place in the last six months. The series of defaults have made it almost impossible for the company to raise new money from the financial markets.

In July, while announcing the fourth-quarter financial results, the company admitted that it is “undergoing substantial financial stress” and its ability to raise funds was “substantially impaired and the business has been brought to a standstill with there being minimal/virtually no disbursements… These developments may raise a significant doubt on the ability of the company to continue as a going concern.”

Of late, DHFL sold its stake in non-core businesses to meet some of its repayment obligations, but it has not been able to find suitable buyers for a majority equity stake in the company. So far, investors have only shown interest in buying portions of its asset portfolio.

Earlier this month, the company approached the consortium of lenders with a resolution plan that includes conversion of debt to equity, a moratorium on repayments, and new credit lines to start fresh lending. The bankers are currently discussing the resolution plan. At present, the Wadhawan family controls DHFL, with a 39.21 percent stake in the company. If the lenders accept the resolution plan, they may also demand to replace the company’s management because in January CobraPost (an online news portal) raised allegations that DHFL created shell companies to divert funds worth Rs 31 bn.

After the IL&FS collapse, DHFL is the second large-sized shadow bank on the verge of bankruptcy. With so much public money at stake, banks, mutual funds, pension funds, and insurance companies are all keen to avoid bankruptcy at debt-ridden DHFL.

In the past two months, several regulatory measures have been announced by the Ministry of Finance and the Reserve Bank of India. Some of the regulatory measures were long overdue. For instance, returning the regulatory authority over the housing finance sector from National Housing Bank to the RBI is a welcome move, provided the staff strength of RBI is suitably increased to undertake both onsite inspections and off-site surveillance of housing finance companies that constitute a major segment of India’s shadow banking sector.

Another notable development is that the RBI is now empowered to remove any director and supersede the board of directors of shadow banks “in the public interest or to prevent the affairs of a nonbanking financial company being conducted in a manner detrimental to the interest of the depositors or creditors, or financial stability or for securing the proper management of such company.”

Besides, the RBI has been given powers to remove or debar auditors if they fail to conduct their role correctly. The financial penalties are also enhanced if the shadow banks don’t implement the regulatory measures.

The RBI has recently canceled registrations of 1,851 shadow banks that could not raise even Rs 20 million to meet the minimum regulatory requirements. One wonders why such entities were permitted to run a shadow bank in the first place?

Both the Finance Ministry and the RBI have announced several policy measures to ease liquidity pressure in the shadow banking sector. However, the effectiveness of these measures remains to be seen. Amongst others, these include an increase in any bank’s single-exposure limit to a single shadow bank from the existing 15 percent to 20 percent of tier-1 capital; priority sector lending status for credit to shadow banks for on-lending to agriculture, SMEs and housing; and reduced risk-weights for consumer loans.

In her Union Budget speech on July 5, Nirmala Sitharaman, the finance minister, provided a one-time six months’ partial credit guarantee to public sector banks for the first loss of up to 10 percent to purchase high-rated pooled assets from financially sound shadow banks amounting to Rs 1 trillion. It is too early to assess the impact of this measure as its operational guidelines have been issued on August 13, but the fact remains that this one-time facility is only meant for “financially sound” shadow banks. In other words, the least risky shadow banks (such as HDFC and LIC Housing Finance) will benefit from this facility, not the cash-starved weaker entities such as DHFL and Reliance Capital.

On August 23, Finance Minister announced additional liquidity support of Rs 200 bn to housing finance companies to be provided by the National Housing Bank, as part of a stimulus package. The minister also announced that public sector banks (PSBs) would fast track collaborations with shadow banks for loans to SMEs, small traders, and microfinance institutions under the co-origination scheme introduced in last August by the RBI. Under this scheme, shadow banks will take a minimum of 20 percent of the credit risk by way of direct exposure while the co-originating PSB will take the rest of credit risk.

This scheme allows shadow banks to expand their business and thereby book profits with little investments while the PSBs can meet their priority sector targets of lending to such sectors, albeit with higher credit risks. At the time of writing, there is no information available about the volume of loans disbursed under the co-origination scheme. Since there are better and safer options available to the PSBs to achieve priority sector lending targets, they may not be willing to collaborate with ailing shadow banks and thereby accept higher credit risk, unless they are forced to do so by New Delhi.

The Risks of Forced Lending

This policy move begs the question: Why push public sector banks to increase lending to shadow banks? And particularly at a time when the capital-constrained PSBs already have considerable exposure to troubled shadow banks (such as DHFL and Reliance Capital) and are currently struggling to repair their balance sheets from the NPA crisis.

Despite recapitalization, the PSBs don’t have the appetite to take on higher credit risk by lending more to ailing shadow banking sector. Such policy moves would make public sector banks more vulnerable as the potential risks in the shadow banks could spillover to banks. The PSBs account for nearly 70 percent of India’s banking sector and therefore raises potential financial stability concerns.

Rather the strategy should be to ringfencing the current liquidity crisis in the shadow banking sector and thereby preventing the problems spilling over into the Indian banking sector.

In China and elsewhere, the authorities are trying to disentangle the interconnectedness between the shadow banks and commercial banks to ensure the contagion risks arising out a failure of large shadow banks in the banking sector are contained, and the overall financial stability is preserved.

To restore the investors’ confidence, the RBI should undertake the asset quality review of shadow banks to bring out all problems on the fore, similar to what the RBI conducted for commercial banks in 2015.

An inherent problem with the business model of shadow banks is their over-reliance on short-term funding to fund longer-term assets, which creates an asset-liability mismatch and a liquidity problem. To finance infrastructure and long-term industrial projects, New Delhi should set up specialized development finance institutions with explicit public policy mandates and higher standards of transparency and accountability.