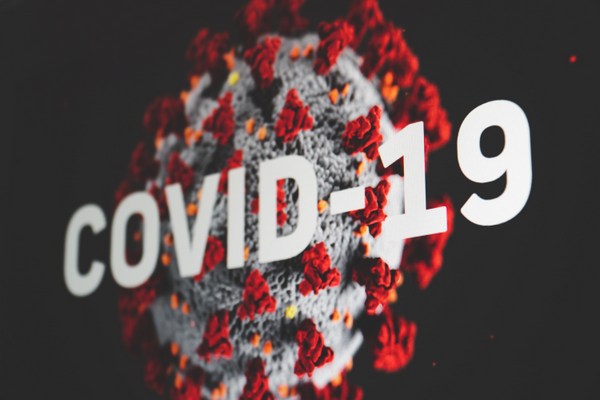 Yet another positive step taken by the government is the Economic Response Task Force that is expected to consult all the relevant stakeholders based on which decisions will be taken to meet the challenges arising from the pandemic. This is an important step, for there is no doubt that the Indian economy would be severely impacted, as would be those of all the other severely affected countries. Although the Task Force is yet to be established, there are indications that its focus would be on providing rescue packages for the worst affected industries.

It must, however, be pointed out that the rescue package can be really effective in reversing the economic slide only if the government is able to design some innovative programs for supporting the informal sector, which supports close to 94% of the country’s workforce as COVID-19 has, yet again, hit this sector very hard.

While the revival of the economy should be its principal mandate, the Task Force needs to carefully consider the painful experiences that the country’s citizens are currently undergoing.

As the COVID-19 cases increase, it is becoming increasingly clear that India’s health system is being stretched to the limit. The health infrastructure is falling considerably short of the needs of the citizens, which had forced the administrators to adopt protocols that are less than sufficient to prevent rapid community transmission of the virus.

Until a few days back, the Indian Council of Medical Research (ICMR) was following a testing protocol wherein people who had undertaken international travel but were not showing any visible symptoms (asymptomatic cases) were required to be tested only if they became symptomatic, i.e., they developed fever and breathing difficulties. Similarly, all contacts of laboratory-confirmed positive COVID-19 cases were also required to be tested if they become symptomatic. The testing protocol for those who had come in contact with someone who had traveled back from a COVID-19 hotspot was not even mentioned.

Clearly, such a protocol was announced, given the acute shortage of testing facilities and kits in the country. Mid-week last week, ICMR had announced that 72 of its laboratories were equipped to test for the pandemic disease and that a further 49 laboratories would be functional by the end of the week. These facilities are capable of testing less than 1,500 samples a day, which is grossly inadequate. A total of nearly 23,000 samples from about 22,000 individuals have been tested until now, according to ICMR.

Two recent decisions of the government would help in increasing the testing facilities manifold. First, the Drug Controller General of India has granted licenses to 18 firms to conduct COVID-19 tests, and, secondly, the Ministry of Health and Family Welfare has issued a notification allowing tests in private laboratories. On 24th March that at least 22 private laboratory chains with 15,500 collection centers all over the country have been registered with the ICMR for conducting Covid-19 tests, health ministry officials said. Besides, 118 government laboratories have been included in the ICMR network of Covid-19 testing. The network has the capacity to test 12,000 samples daily.

Why is it so important to focus on testing potential COVID-19 carriers? Ever since the virus began spreading, the World Health Organization (WHO) has been emphasizing the importance of testing communities. The benefits of comprehensive testing can be seen from the experience of South Korea, which, in February, had recorded cases far higher than the current COVID-19 hotspot, namely Italy. South Korea followed the universal testing protocol and has limited the cases to about 8,600 and deaths to below 100. Justifiably so, the Director-General of the WHO has given out a simple message to countries on how to deal with the COVID-19: “Test, test, test.”

India must try to emulate the South Korean model as much as it can for two good reasons. First, community transmission can be effectively prevented by isolating the COVID-19 infected and then treating them. Second, and more importantly, India can ill-afford an extensive lockdown to prevent the spread of the virus since this step would deprive the workers in the informal sector of their earnings. This would be too high a price to pay for nearly 94% of the country’s workforce. While testing must cover the largest numbers possible, it must also be emphasized the tests must be conducted free of charge, so that the disadvantaged sections are fully included. The government must step in to ensure that this is done, especially because private-sector testing laboratories are now being involved.

This sordid state of the health infrastructure has long been commented upon, but successive governments have not taken the right steps to make universal health coverage anywhere near reality. The primary reason is the abysmally low level of public spending on health, which has stagnated at about 1 percent of GDP. This figure should reduce further since, in Budget proposals for 2020-21, the central government proposed a reduction in spending on health in real terms.

The Prime Minister has now stepped in to announce a package of Rs. 150 billion crores to increase the number of COVID-19 testing facilities stepping up the availability of Personal Protective Equipment (PPE), isolation beds, ICU beds, ventilators and other essential equipment and training of medical and paramedical manpower will also be undertaken. The citizens of the country would hope that this amount is a net addition to the Rs. 670 billion that has been budgeted for 2020-21 for the health sector. Finally, he also advised the state governments to treat healthcare as their first and topmost priority at the moment.

The central and state governments would, therefore, have to dig deep to secure the resources needed to strengthen the health infrastructure in the country to meet this most daunting challenge ever.

The lack of priority to healthcare given by both Central and State governments for decades has resulted in a near collapse of public healthcare facilities. One indicator of what an Indian citizen has to endure in terms of health facilities is the number of beds per 10,000 population, which was just six beds at the beginning of the current decade, according to the WHO. Some of the least developed countries, including Bangladesh, offered more beds to their citizens, while the figure for China was 42.

India’s statistic is much worse if the dwindling public sector participation in the health sector is factored in. With the increase in private sector participation, especially the trend towards corporatization, healthcare has gone well beyond the means of the poorer sections.

The issue of availability of affordable medicines has been less of a problem in India since a robust domestic industry has been providing cheap generic medicines. However, over the past two decades, the Indian pharmaceutical industry has changed significantly; it is now essentially manufacturing formulations. For the active pharmaceutical ingredients (API) or the bulk drugs needed to manufacture the formulations, the generic industry is now overwhelmingly dependent on China. The public sector undertakings were supplying APIs to the private sector firms until the Government of India stopped providing meaningful support them from the late-1990s.

Import dependence on China for the APIs has reached unacceptably high levels for several critical medicines. In 2018-19, almost 89 percent of the imports of penicillin were sourced from China, while the corresponding figure for a critical anti-TB drug, Rifampicin, was nearly 95 percent. With China’s manufacturing sector now severely impacted by the pandemic, the Indian pharmaceutical industry could be heading for uncertain times. The long-term pangs of the industry can be addressed only if the government can ensure that pharmaceutical production in the country takes place from the API-stage. Alongside, incentives must be provided to the domestic producers of medical devices and kits to scale up their production capacities.

To conclude, the challenges posed by COVID-19 have fully exposed the infirmities of the country’s healthcare sector. The only way forward is for the government to take charge and to put in place effective strategies, along with the relevant stakeholders, with a singular objective: delivering health security to all.