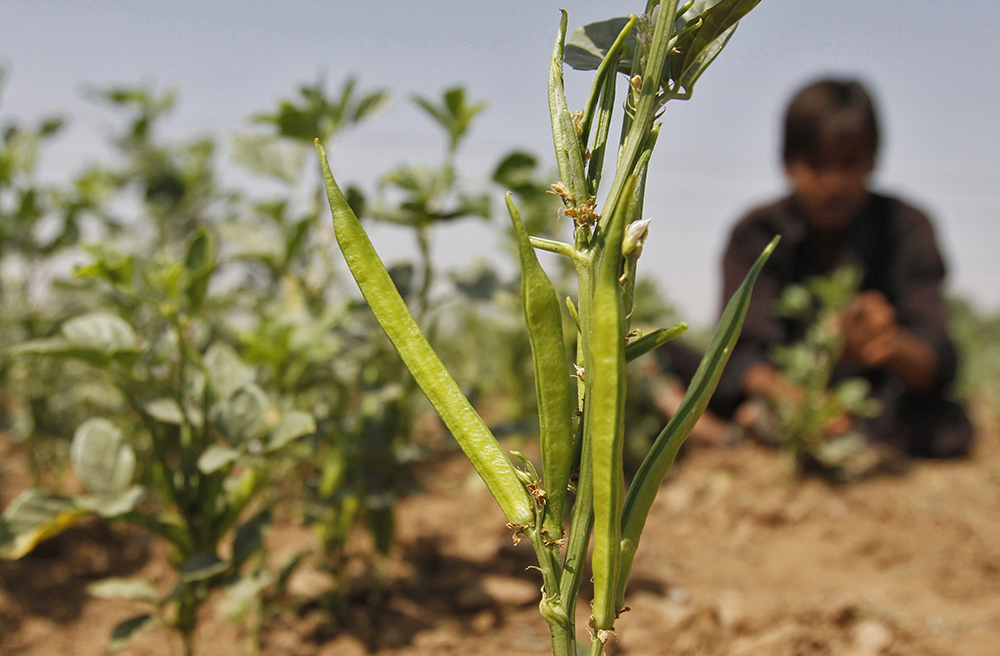 Thousands of guar farmers in India are today caught in a vicious cycle fuelled by the spectacular rise in the prices of guar seed and guar gum products during the six months period between October 2011 and March 2012.  The prices of guar seed (Cyamopsis tetragonoloba) and guar gum (extracted from guar seed) rose over 900 percent in the futures markets during this period largely due to speculative buying (coupled with market manipulation through circular trading, cross deals and other market abusive practices) by big traders and non-commercial players. The rally in the prices came to an end when Forward Markets Commission (FMC), the commodity derivatives market regulator, suspended the guar futures trading on March 27, 2012.

For a detailed account of speculative feeding frenzy and price rigging practices in guar futures contracts, see Excessive Speculation and Market Manipulation: The Guar Futures Trading Fiasco at this website.

Last year, the guar farmers did not benefit from price hike as they had sold their produce several weeks before prices began spiraling upward in the commodity futures markets in late October 2011.

Anticipating a similar price hike this year, thousands of farmers in Rajasthan, Haryana and Punjab shifted to guar cultivation. Such was the euphoria of last year unprecedented price boom that several farmers in far away states and different agro-climatic regions (such as Madhya Pradesh and Andhra Pradesh) also shifted to guar cultivation. Many guar farmers took short-term loans (with higher interest rates) from local moneylenders and financiers to buy seeds at much higher prices than last year. “For the first time, we cultivated guar on all 125 acres of family landholding with the hope of benefitting from higher prices,” said Surendra Kumar Chaudhary, a big farmer from Khajuwala tehsil of Bikaner district (Rajasthan). “We were encouraged by traders, seed companies, processing units and local government officials to go full swing into guar cultivation and reap the benefits from higher prices.” In early 2012, some guar gum processing units in Rajasthan even promised to buy the entire crop at a higher support price.

The 90-day guar crop was ready for harvesting in late September 2012 but the prices have been falling in the spot commodity markets. In Rajasthan markets, the guar seed prices are currently hovering around Rs.50 a kg from a peak of Rs.320 in March’12. On October 5, 2012, the maximum price of guar seed was quoted at Rs.20 a kg in Sonipat (Haryana) market.

At such low price levels, farmers will find it difficult to repay loans taken for buying seeds. Given the fact that majority of guar farmers do not have the godown/warehouse facility, they would be left with no option but to sell the crop at the farmgate or local markets at current low prices.

The market observers predict that guar prices are likely to remain subdued in the coming weeks as at least 30 percent increase in output is expected this season.

To further compound the problem, the international demand for guar gum by oil and gas industry has remained weak this season. This has directly impacted the guar gum processing units in Rajasthan which have become idle or operating at 10 percent capacity. The international demand for guar gum is unlikely to pick up in the next six months as the US oil and gas producers are curtailing drilling activities. According to Dilip Kumar Jha, Commodities Editor of Business Standard, “Importers abroad had built a massive stockpile last year, assuming an increase in prices. Also the US government has initiated work on an alternative to guar gum for its application in hydraulic fracturing.”

To a large extent, this sorry state of affairs could have been avoided if the FMC had taken proactive steps to inform the farmers in advance whether it would continue the suspension of futures trading in guar products. During July-August 2012 (when the sowing period was underway), FMC was ambivalent in its decision on whether to allow the re-launch of guar futures contracts. The farmers were led to believe that the suspension on futures trading would be lifted in September’12 after assessing the crop output. The FMC is yet to take a final decision while the crop has started arriving in the spot markets.

In the midst of prevailing low prices and weak global demand, the guar farmers in India are stuck in a vicious cycle of debt, regulatory logjam and market economy.