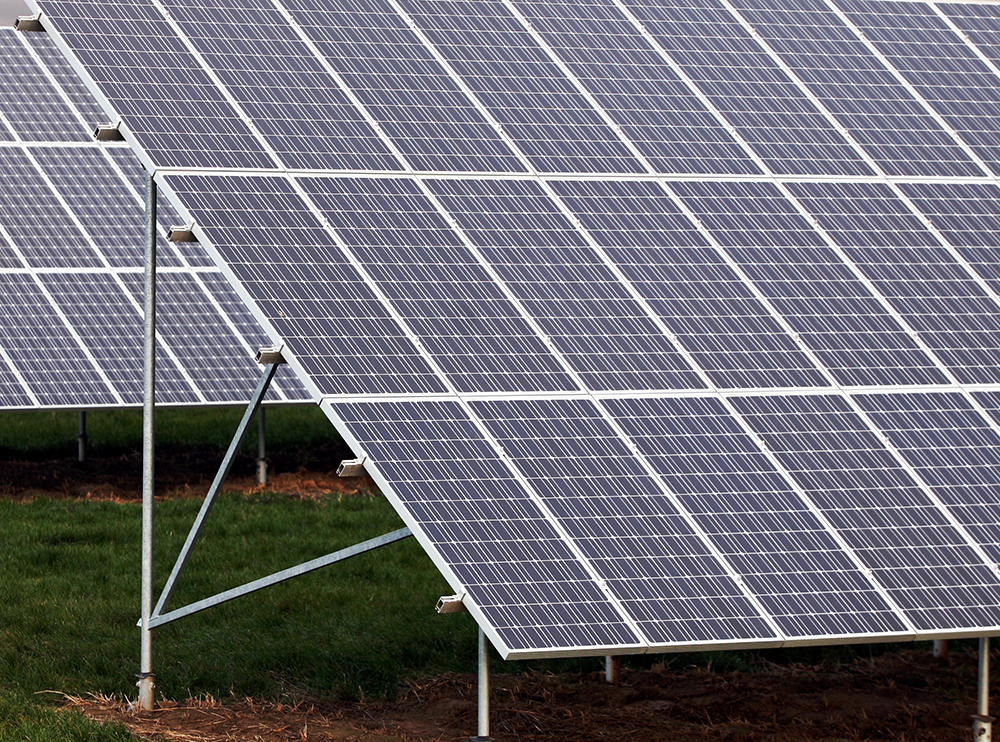 Global trade wars are looming over the establishment of local content requirements in national law. Nearly two months after Canada lost a case at the World Trade Organization, the US has approached the WTO to challenge the local content requirements in India’s solar power program. This growing trend could have serious implications for India’s new FDI policy on retail trade and other programs intended to encourage domestic manufacturing and job creation.

On 19 December 2012, a WTO panel backed complaints from Japan and the European Union that the local content requirements of Ontario’s Feed-in-tariff (FIT) program for the renewable energy sector violate WTO rules because it requires participating firms to source up to 60 percent of their equipments locally.

On February 6, 2013, the US sought formal consultations with India at the WTO over local content requirements and subsidy for the manufacturing of solar panels under the Jawaharlal Nehru National Solar Mission, an initiative launched in 2010 by the Indian government to promote solar power in the country.

At the WTO, a number of developing countries (from Brazil to Nigeria to Indonesia) are currently facing wrath over the imposition of local content requirements in energy, telecom and infrastructure sectors on the grounds that such measures violate global trade rules. In the wake of WTO panel ruling against Canada’s FIT program, many more disputes concerning local content requirements are likely to be brought before the WTO in the coming months.

Local content requirements (LCRs) are imposed to regulate investments with the intention of promoting growth of domestic manufacturing and creating local employment. LCRs are an integral part of performance requirements imposed on foreign investors which could include export obligations, location of an industry in a ‘backward’ region and mandatory technology transfer. In the past 60 years, LCRs and other forms of performance requirements have been widely used throughout the world to nurture the growth of infant industries and promote economic development in the host countries.

In 2009, FIT Program was launched in Ontario province of Canada with the purpose of creating clean energy industries and jobs, developing renewable energy technology and improving air quality by phasing out coal-fired generation by 2014.

At the insistence of the EU and Japan, the WTO dispute panel was formed to resolve the disputes concerning the local content requirements of the FIT program. In its ruling, the panel concluded that the LCRs imposed by Canada violate the WTO rules as the FIT program discriminates against foreign suppliers of equipment and components for renewable energy facilities. The panel found that Canada has breached its obligations (under Article 2.1 of the TRIMs Agreement and Article III: 4 of the GATT 1994) and recommended that “Canada bring its measures into conformity with its obligations under the TRIMs Agreement and the GATT 1994.”

On 5th February, Canada filed a notice of appeal to the WTO Appellate Body, which has the power to uphold or reverse the dispute panel’s decision. The verdict of Appellate Body will be keenly watched by policymakers and trade analysts.

The Jawaharlal Nehru National Solar Mission (JNNSM) was launched by the Indian government in 2010 as an important component of National Action Plan on Climate Change. The JNNSM has set an ambitious target of achieving an installed solar power generation capacity of 20,000 megawatts (MW) by the year 2022 in three phases. Since India’s solar power industry is still in its infancy, it has been given state support and protection.

The US has been a vocal critic of the LCR (and subsidy) clauses in the JNNSM. However, the LCR norms are only applicable to PV modules based on the crystalline technology while close to 60 percent of projects supported under the Phase I of JNNSM have opted for imported thin film solar panels – mostly made in the US. The US move is essentially aimed at annulling the draft guidelines on the Phase II of the JNNSM (released in December 2012) which make it mandatory for all supported projects to buy locally-made solar equipments.

In the US, close to $14 billion in federal loan guarantees have been given to domestic solar projects since 2009, as part of economic-stimulus package. Through its official export credit agencies (Exim Bank and the Overseas Private Investment Corporation), the US has been offering direct loans (buyer financing) and loan guarantees to Indian solar power projects, subject to condition that they buy products made in the United States. Since 2011, Exim Bank of the US has alone financed 7 Indian solar power projects with a total financing of $256 million.

The Formal Consultations at the WTO

After two years of consultations at the bilateral levels, the US government initiated formal consultations with India at the WTO on this dispute on 6th February. If consultations with India do not resolve the dispute within the stipulated 60 days, the US can request a WTO dispute settlement panel to hear its complaint. This move is strongly backed by Solar Energy Industries Association – the trade association of the US solar energy industry. Apart from the US, Japan and the EU have also expressed their opposition to the LCR clause in the JNNSM.

The US government claims that the JNNSM discriminates against American solar equipment suppliers in two major ways: requiring solar energy producers to use locally-made equipments; and by offering subsidies to producers who use domestic equipments. According to the US government, the local content and subsidy clauses in the JNNSM violate key agreements of the WTO including:

• Article 2 of TRIMs (which prohibits trade-related investment measures that are inconsistent with GATT Article III);

• Article III: 4 of GATT (which prohibits measures that discriminate in favor of locally-produced products versus imports);

• Articles 3 and 5 of the WTO Agreement on Subsidies and Countervailing Measures (SCM Agreement).

The US government appears confident that the LCR and subsidy clauses of the JNNRM would not find any support at the WTO review and India would be forced to withdraw these measures.

In its earlier bilateral negotiations with the US, India has maintained that the local content clause in the JNNSM is primarily aimed at promoting domestic manufacturing and is fully consistent with its existing obligations under the WTO agreements. According to the Indian government, since JNNSM is essentially procurement of solar power by the government through a state-owned entity, there is no violation of WTO obligations. It has argued that India is not a signatory to the Government Procurement Agreement of the WTO and therefore exempted from the procurement procedures of this agreement.

The government has also stated that local content requirement clause is only limited to projects awarded under the JNNSM while a number of upcoming solar power projects in various states do not contain such clauses.

Undoubtedly, the promotion of clean energy and domestic manufacturing are laudable policy objectives but it remains to be seen whether India’s position would find support at the WTO given the complexities and technicalities involved in the commercial resale of power by the state owned entity.

India’s FDI Policy on Retail Trade: The Next Target?

One of the important provisions of India’s new FDI policy on retail trade – released in September 2012 – relates to local content requirement. The FDI policy document states, “At least 30% of the value of procurement of manufactured/processed products purchased shall be sourced from Indian ‘small industries’ which have a total investment in plant & machinery not exceeding US$1 million.” This condition is also mandatory for single-brand retail investors (such as Gucci and Ikea) if they invest beyond 51 percent.

The main intention behind this clause is to ensure that foreign retailers buy products from India and do not rely on cheaper imports from other countries. Just after a few days of policy announcement, the government diluted the LCR clause under pressure from foreign retailers allowing them to meet this requirement over a period of five years.

What is even more astonishing is that the compliance with the LCR clause would be through self-certification of companies, then checked by “statutory auditors.” In the absence of any penal provisions (such as heavy fines), the self certification process may encourage foreign retailers to implement local content and other norms in letter but not in spirit of the law.

The Indian government has maintained that the LCR clause in the FDI policy on retail trade does not violate TRIMs agreement of the WTO. It has argued that retail trading is classified as a service which is covered by another agreement, General Agreement on Trade in Services (GATS), of the WTO. According to the official position, since India has not undertaken any commitments in retail services under the GATS framework, the LCR clause does not place India in breach of any obligations under the WTO.

The government was expecting a major rush by foreign retailers to enter the country but big players (including Wal-Mart, Carrefour and Tesco) have expressed concerns over the domestic sourcing and back-end infrastructure norms. Till now, no member-country has challenged the FDI policy at the DSM of the WTO but a future challenge cannot be ruled out.

In 2011, the Indian government launched a National Manufacturing Policy which aims to raise the share of manufacturing from 16% currently to 25% by 2021-22 and to generate additional 100 million jobs. To meet these ambitious objectives, a number of programs to encourage domestic manufacturing have been introduced in the telecom, IT and electronic sectors. The Indian policymakers need to recognize that new programs with some forms of LCR and subsidy provisions could be challenged at the WTO.

For New Delhi, the key priority should be to strengthen the current regulatory regime by bringing greater clarity and coherence in country’s national and international policy frameworks while seeking to revisit the disciplines of the TRIMs Agreement that restrict the pursuit of developmental objectives.