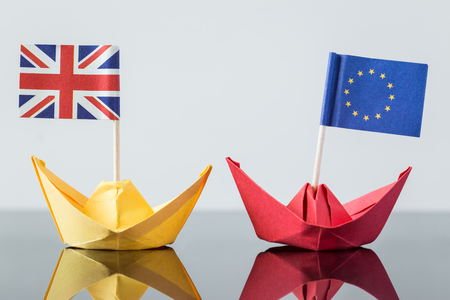 With the UK government preparing to trigger Article 50 of Lisbon Treaty – the formal process to exit the European Union – later this month, let us explore the opportunities and challenges of its future trade relations with the EU and the rest of the world. Post-Brexit, there are numerous policy options available to the country to establish its new trade relationships with the rest of the world. In fact, Brexit provides an excellent opportunity to the UK to rethink and reshape its trade policy in the light of growing domestic concerns over the loss of sovereignty and policy autonomy.

Many commentators have observed that the Brexit vote was primarily a manifestation of the anti-immigration sentiment. There is no denying that immigration issue played a part in the referendum vote but the biggest single issue behind Brexit vote was the desire to preserve British sovereignty, as suggested by Lord Ashcroft’s post-referendum poll. Conducted on the day of the referendum, the poll found that “nearly half (49%) of leave voters said the biggest single reason for wanting to leave the EU was ‘the principle that decisions about the UK should be taken in the UK.’ One third (33%) said the main reason was that leaving ‘offered the best chance for the UK to regain control over immigration and its own borders.’”

Further, one cannot overlook the fact that Brexit referendum took place against the backdrop of simmering public discontent arising out of growing job insecurity, widening income inequality, bailout of private banks in the aftermath of 2008 financial crisis, and imposition of austerity measures curtailing state spending on health and welfare programs. Hence, the Brexit vote was not only about immigration, it was also a rejection of neoliberal economic policies promoted by the EU and their implementation by successive governments over the years.

In principle, the UK can now independently decide the level of economic integration it wants with the world in the 21st century. A strategy that maintains a fine balance between economic integration and policy autonomy may appear difficult in the present context but is feasible after Brexit.

However, Prime Minister Theresa May has recently has laid out a vision for a “Global Britain” that seeks greater cross-border trade, investment and financial integration through free trade agreements with the EU and other countries in the coming years.

The Brexit strategy, as outlined in the White Paper released in February 2016, champions trade liberalization agenda and does not advocate ‘taking back control’ from big banks and other powerful business interests who have been pushing for globalized markets at the expense of national sovereignty.

The message from Whitehall is clear: the government will follow a ‘business as usual’ approach on matters related to cross-border economic integration. This policy stance does not augur well for many Leave voters who were angry with the status quo and wanted to re-regulate the British economy to subserve the interests of society rather than the other way around. On the other hand, the government has shown determination to bring stricter controls on immigration.

Although the UK has laid out its negotiating objectives in the White Paper, much would depend on how the government would define its national priorities while constructing new trade and investment arrangements with the world in the post-Brexit era. Of course, the stakes are high for the UK because of potential risks and uncertainty involved in the Brexit process.

Let us begin with the WTO, the multilateral trade body which sets the global rules on trade. The UK is a member of WTO – both individually and as a member-state of EU – even though it operates through the European bloc and its status at the WTO is governed by EU’s commitments.

After Brexit, the UK will continue to be a member of WTO but it will have to issue UK-specific commitments on tariffs and other barriers to trade (known as schedules) which need to be certified by all member-countries of WTO. The schedules would also help in pursuing future bilateral and regional trade agreements within the framework of WTO rules.

However, the negotiations could be a long-drawn-out process due to large number of goods and services to be covered under new WTO schedules. There are more than five thousand categories of goods covered under the EU’s current WTO goods schedules which are also applicable to the UK. In addition, there are sensitive issues such as agricultural subsidies and complications involved in dividing up existing EU-wide quotas between the UK and EU.

Further, services schedules deal with country-specific commitments to open domestic markets to foreign services providers. The UK would like to change the existing arrangements on trade in services, particularly financial services where it has offensive interests. Under the current GATS rules, however, trade in financial services is limited in scope and therefore would not give the British banks and financial players the same kind of market access which they currently get in the EU. The UK will seek an independent seat at the negotiations on the Trade in Services Agreement (TiSA), a plurilateral trade agreement currently being negotiated by 23 members of the WTO, including the EU.

At WTO, it is also possible that some member-states may like to alter the current trading arrangements with the UK. In such situations, the UK may have to enter into informal consultations with such member-countries to minimize any grounds for objection. Hence, securing agreements on new schedules will not be straightforward at WTO which has 164 members with diverse interests.

Given the two-year time limit under Article 50, it is possible that the UK may exit the EU without having new WTO schedules agreed by member-states. In such a scenario, the UK and WTO members may continue to apply existing tariffs and other trade arrangements.

For the UK, the WTO rules are the default option in case the country is unable to finalize a trade deal with the EU before Brexit happens, currently set for March 2019. Therefore, reactivizing its participation at the WTO as an independent member-state remains paramount for the UK.

Next to WTO, negotiating a new trading relationship with the EU 27 is more important for the UK than any trade deal with other countries, given its closer trade, investment and financial ties with the European bloc.

The UK’s White Paper seeks to pursue a future trading relationship with the EU outside the framework of single market but, at the same time, would like to secure “the freest and most frictionless trade possible in goods and services between the UK and the EU.” But the UK wants such an agreement to include some elements of single market (in the case of financial services). Additionally, the UK wishes to pursue a new and bespoke customs agreement with the EU which could also contain some elements of existing EU customs rules.

There is nothing per se wrong seeking bespoke trade arrangements having selective elements of single market and customs union but the moot question is whether the 27 remaining member-states of the EU would be receptive to such demands. It is unlikely that 27 sovereign states will allow the UK to cherry pick selective elements of its existing trading arrangements with the bloc. As the Belgian Prime Minister Charles Michel remarked: “The UK cannot have its cake and eat it too.” From a political perspective, the European leaders will resist to strike a trade deal on favorable terms as it may encourage other member-states from leaving the EU.

As I have noted elsewhere, trade negotiations are largely influenced by bargaining power. As a small country, the UK has less bargaining power than the EU 27. The EU trade matters more for the UK economy than UK trade for the EU economy.

Analysts predict that after triggering Article 50 the first six months would be spent on settling UK’s outstanding liabilities (estimated to be in the range of $50-60 billion) with the EU, before any formal negotiations on new trading relationship could begin. In addition, there are other pressing issues such as the residence rights of 3 million EU citizens in the UK which could potentially delay negotiations on trade deal.

Given the two-year time frame prompted by triggering Article 50, the UK is in a far less advantageous negotiating position to secure a favorable trade deal with the EU. For the UK, removal of restrictions on trade in services is very important as services account for nearly 80% of its economy. However, services (especially financial services) are more difficult to negotiate as it requires harmonization of countries’ domestic regulations which raises sovereignty and policy autonomy concerns. Hence, it would be difficult to secure a new deal in trade in services by March 2019.

What could be done to avoid disruptions in cross-border trade in goods and services between the UK and the EU if new trading arrangements are not in place by March 2019? The UK could seek a temporary ‘peace clause’ with the EU to maintain existing commitments while negotiating the future trading agreements with the bloc.

Under current EU rules, no member-country can begin negotiations on a trade agreement with any country until it has formally quit the European bloc. The EU is currently negotiating a FTA with India, Japan and the US. The UK can formally begin bilateral negotiations with India, Japan and US for a FTA only after the Brexit process is fully completed (post-March 2019). The UK can also enter into mega regional free trade agreements (such as TTIP) in the post-Brexit era.

Undeniably, the Brexit vote has revived the calls for an ambitious free trade agreement between the UK and Commonwealth (a grouping of 52 nations which were once part of British Empire). However, forging such an agreement would be an uphill task as there is very little common among its member-states (say Australia and Kiribati) in terms of their commercial interests and development trajectories. Given the importance of its services sector, the UK would like to first pursue bilateral trade agreements with Australia, New Zealand, India and Singapore.

Since 2007, EU (with UK as a member-state) and India have been negotiating a free trade agreement but the negotiations didn’t conclude due to some contentious issues such as India’s refusal to reduce import duties on automobiles and scotch whisky and the EU’s refusal to accept India’s demand for allowing its IT professionals to provide services through Mode 4 within the European bloc.

Given the historic economic and cultural ties between India and the UK, a comprehensive trade and investment agreement between them might look an easy task to achieve. However, the UK will not easily accommodate India’s key demand to ease mobility of IT and other skilled professionals under Mode 4 within its jurisdiction. The UK’s current immigration policy which restricts the rights of Indian students to stay in the country after study may impede negotiations on India-UK FTA.

At the same time, Brexit may also allow the EU to conclude its long-drawn negotiations on a FTA with India because some of the contentious issues (such as India’s imposing high import tariffs on Scotch whisky and offering limited market access in financial sector) will not be pushed hard by the remaining 27 member-states of EU.

Where are the Trade Negotiators?

Apart from time pressures, the UK currently lacks the human resources with technical knowledge, skills and experience to negotiate trade and investment agreements which have become increasingly complex and sophisticated. It has been estimated that the UK will require as much as 600 skilled staff to negotiate scores of new trading arrangements over the next 10 years.

Apart from recruiting the UK nationals which are working for EU’s DG Trade office and hiring former trade officials to build its negotiating team, the government will have to hire foreign trade negotiators and draw on expertise from legal community, academia, think-tanks and NGOs.

In sum, Theresa May’s vision of a “Global Britain” faces numerous challenges as the clock ticks on country’s departure from the European Union.