Decoding India’s Withdrawal from the RCEP 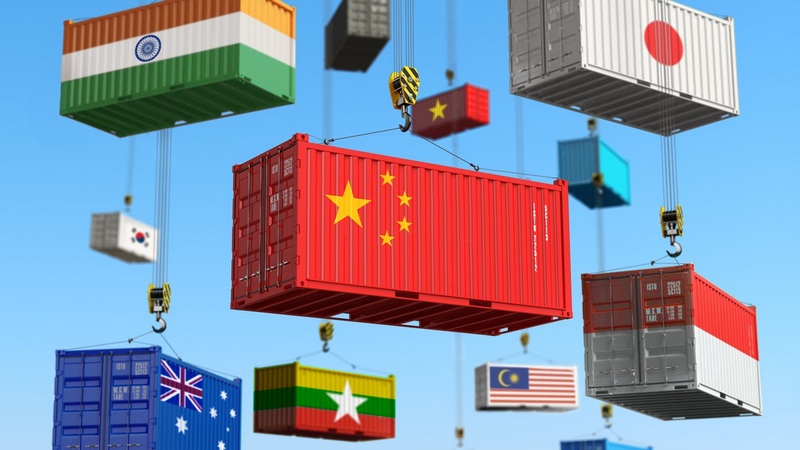 India’s withdrawal from the Regional Comprehensive Economic Partnership (RCEP), the 16-country mega-regional trade agreement in East Asia and also the world’s largest trading bloc, must be seen as evidence that in India, strong voices from the stakeholders can make their impact felt on the government’s decision-making. Few realised that it was the first time in post-independence India, a cross-section of domestic constituencies, including farmers, trade unions, representatives of major sectors of Indian industry and civil society organisations, spoke in one voice against the threats to their future posed by the RCEP.

They gave a clear message that the ceding the country’s economic space to foreign businesses by accepting the trade liberalisation commitments under RCEP would deal a body blow to the interests of domestic players. In other words, RCEP would have hurt an already stressed economy, which is saddled with a perceptible slow-down in the manufacturing sector coupled with an increasing distressed farming sector.

There were adequate reasons for India to avoid hopping on to the RCEP bandwagon when it was first proposed in 2012. India had concluded three free trade negotiations (FTAs) with ASEAN, Korea and Japan, and the benefits of concluding these deals were being questioned by farmers’ organisations and some state governments. However, those backing the deals saw benefits for India in terms of enhanced market access in one of the most dynamic regions and participation of the regional value chains. The reality of these FTAs became apparent before long, with India failing to take advantage of any of the purported benefits. Expansion of exports was much below expectations, but imports from the FTA partners kept increasing since India had reduced/eliminated its relatively high tariffs. India’s participation in the value chains, too, became a distant dream.

The NDA government fully understood this reality and took measured steps to engage in the RCEP negotiations in at least two important areas: market access to RCEP participating countries (RPCs), and protection and promotion of foreign investment.

In the area of market access, India’s initial offer showed that the government had factored-in the adverse implications of the three existing FTAs. A modest increase in market access was offered to ASEAN, Korea, and Japan, its existing FTA partners. Further, the most significant RPC, namely China, was promised relatively less market access, the logic being that if China was able to establish such a large presence in the Indian market even when its products did not receive preferential tariffs, grant of tariff preferences to China under RCEP could result in rapid expansion of the Chinese footprint. But India’s initial offer was rejected by the RPCs, and the mandate of the RCEP, “progressively eliminating tariff and non-tariff barriers on substantially all trade” and achieving “high level of tariff liberalization” seemed to have been accepted by India.

As regards the protection and promotion of foreign investment, RCEP negotiations saw the major economies among the RPCs, except India, argue in favour of an investment agreement that gave a strong endorsement to investor rights, often at the expense of the host country. India’s view was to the contrary mainly because foreign investors had taken advantage of the dispute settlement clauses (the so-called investor-state dispute settlement mechanism, or ISDS) in the bilateral investment treaties, that India had signed up to, and had taken the Government of India into international arbitration.

After India lost the first dispute in 2012, a review of the bilateral treaties was undertaken, an exercise that was completed in 2015. The NDA government revised the Model Text for the Indian Bilateral Investment Treaty, which provided several safeguards against excesses by foreign investors. The government announced that future investment agreements negotiated by India would be based on the Model Text. However, RCEP investment negotiations did not have any space for India’s suggestions.

Electronic Commerce: The Elephant in the Room

Equally serious would have been the commitments on electronic commerce (e-commerce). E-commerce is the elephant in the room for at least two reasons. First, its definition is anything but clear. This implies that the sectors of the economy that e-commerce could impact cannot be gauged easily. The second and the more contentious aspect of e-commerce is the possibility free flow of data across international borders. This raised a myriad of issues, ranging from flows of sensitive data from the point of view of the country’s security, personal data, and crucial data and other information pertaining to the functioning of the economy.

The RCEP chapter on e-commerce does not provide a definition of e-commerce. This leaves the door open for definitions provided by other forums, as for instance, the Organization for Economic Cooperation and Development (OECD), according to which, goods or services are ordered online, but the payment and the ultimate delivery of the goods or services do not have to be conducted online. This definition would suggest that there is a thin line dividing conventional foreign trade transactions and e-commerce conducted across international boundaries.

In recent years, several members of the World Trade Organization (WTO) have been engaged in developing rules on e-commerce, but India has consistently opposed this move. Among the reasons why India has remained outside the e-commerce discussions was push by some countries to keep e-commerce transactions duty free. In other words. imports using the e-commerce platform would not face any tariff restrictions. The RCEP chapter on e-commerce seems to have adopted these rules, despite India’s presence in the negotiations. This implies that if India had been a party to RCEP, the extent of market opening would have been far more than what the tariff cuts suggest.

Two provisions of the e-commerce chapter on cross-border transfer of information and location of servers are particularly contentious. The former provision stipulates that RPCs must allow data and other information to freely flow across borders, and the latter provides that no RPC can insist that servers of entities engaged in e-commerce business must be located in their territories. Both these provisions run counter to the Draft National E-Commerce Policy that the government had circulated in February 2019.

Given the aforementioned, several issues arise regarding India’s continued engagement in RCEP negotiations. The first is the justification of remaining engaged when the government’s initial assessment of RCEP was clearly downbeat. In fact, this assessment was identical to those voiced by the stakeholders about the imminent risks of joining RCEP.

A second issue arises with respect to the process that was followed while engaging in the negotiations. Here again, the government showed its willingness to put in the public domain its initial negotiating stance on the important issue of market access in the initial stages of the negotiations. This was in keeping with the democratic traditions of decision-making. But this changed dramatically afterwards, for in the critical later stages, the government negotiated the country’s economic future in complete secrecy.

A third issue relates to assessments of possible outcomes of the RCEP negotiations, which the government or its agencies never attempted, or even if they did, the assessments were not put in the public domain. Although the government was reluctant to walk this path, it had become clear from the implementation of the ASEAN, Korea, and Japan FTAs, 12 of the 15 RPCs, that the growing trade deficits would become unsustainable after joining RCEP.

What also became clear was that while in the three existing FTAs, India was able to protect the vulnerabilities in agriculture and the sensitive industries in the manufacturing sector, RCEP open these sectors to import competition. Already suffering from the consequences of low productivities and efficiencies, such an external shock could certainly have resulted in disruption causing loss of jobs that the country can ill-afford in the face of growing unemployment.

Several narratives have appeared in the aftermath of India’s withdrawal from RCEP that are critical of the government’s decision. These use the arguments that India has lost export opportunities in East Asia by stepping aside and also that the policymakers have foregone the opportunities to push domestic reforms by accepting the policy package that RCEP has to offer.

The first argument, being made much like the way it when India was negotiating the three FTAs with ASEAN, Korea, and Japan, can effectively be addressed by considering ability or more pertinently, the lack of it, of domestic enterprises to utilise the market access opportunities provided by these FTAs. This effectively proves that domestic enterprises must be pulled up by their bootstraps before they are able to compete in global markets. The government must focus on this critical dimension going forward.

As regards the second argument, it needs to be pointed out that the experience of successful economies, especially in the East Asian region, is all about the ability of their governments to utilise the policy space to make their domestic enterprises more efficient. These successful economies have crafted their policies with an eye on the domestic imperatives and have avoided importing policy packages promoted by other countries.

There are at least two important takeaways for the government from its RCEP experience. The first is that new generation FTAs like the RCEP can cause an abridgment of government’s autonomous policy space in critical areas like tariff policy, treatment of foreign investors and data protection policy, among others. Given that the country’s development deficits need a degree of government intervention, foregoing the policy space would be least desirable.

Secondly, there must be complete transparency in the government’s decision-making and, therefore, FTAs which require democratic governments to negotiate in secrecy are inappropriate forums to take decisions on the country’s future.